Good Humor. On this podcast we sit down with incredibly talented actor and writer, Casey Wilson, named Top 10 Comics To Watch by Variety Magazine. Many of you know her from sitcoms like Happy Endings and Marry Me, sketch comedy SNL, and more recently, Netflix film, Always Be My Maybe, the series Black Monday on Showtime, and series Atypical. But on this podcast, we go in depth discussing the details of Jane Rosen, Casey’s character on HBO’s Mrs. Fletcher. If you haven’t caught Mrs. Fletcher yet, add it to your list. Casey’s character is a multilayered must-watch, and the show’s finale? You will not believe what transpires, and we talk about that too. We also discuss Casey and long time friend and writing partner June Diane Raphael's writing of the huge hit film, Bride Wars. We talk about Casey’s start: her life in school and in acting class in New York City. We get into what it’s like being married to another big time fellow creative, and the story of her son’s difficult celiac diagnosis. Casey is Founder and co-host of the podcast with a huge fan base, Bitch Sesh. Bitch Sesh breaks down all things Bravo Real Housewives, so, of course, we do a mini Bitch Sesh lightning round of our own.

"I love dramatic roles. I wish I would have more of an opportunity to do it, which is why I wanted to do Mrs. Fletcher. But I think comedy is just so fun and I think it's, it's so joyful to get to do it and it's just fun." - Casey Wilson 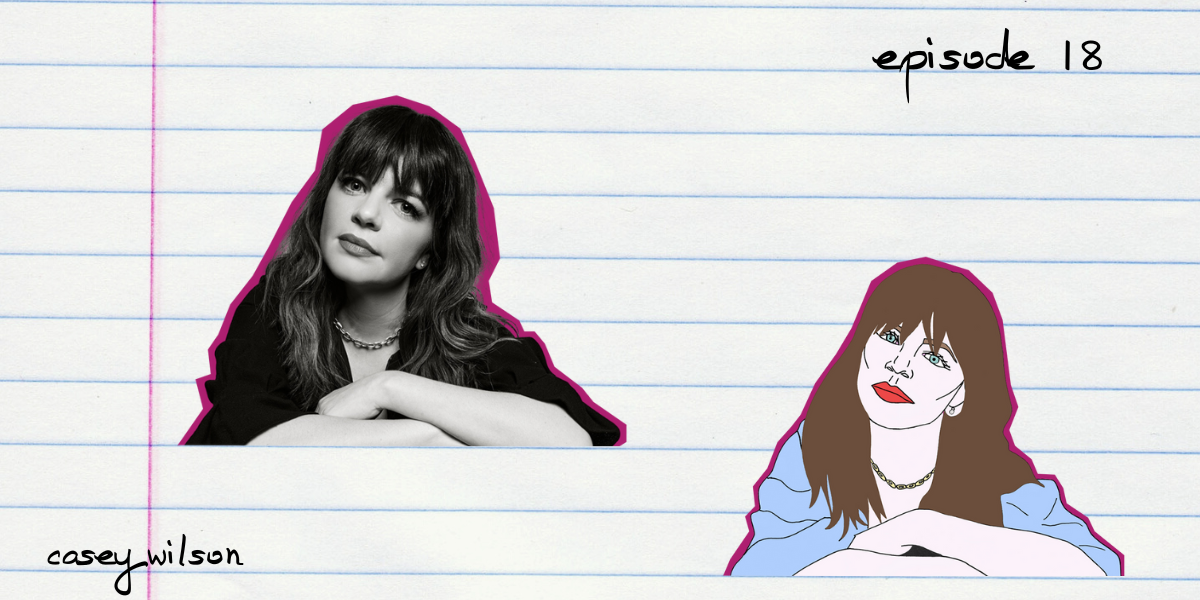