Enjoy this long and juicy podcast with Story + Rain friend Eden Grinshpan, also known as @edeneats on Instagram, who is known for her worldly taste, sense of style, and humor. She’s the host of Top Chef Canada, a graduate of Le Cordon Bleu in London, and an influencer on the food scene and on social media. She’s created two of her own television shows, including Eden Eats, based on global cuisines and traditions in food, a subject that she’s so passionate about. You can watch Eden on TV as a regular expert on Food Network, The Today Show…the list goes on. She had a short but fruitful stint as a restauranteur (with more to come, we're sure), and now she has an exciting first cookbook on the way. On this podcast, we talk about how Eden’s extensive travels have inspired her cooking, her one-time unsavory experience being a woman in the male dominated culinary world, the successes that come out of failure, juggling motherhood and career, the story behind her hysterical, viral food-meets-pregnancy IG videos, what to cook for a date, and more.

"It's important to push yourself. When you’re uncomfortable, you learn the most about who you are." - Eden Grinshpan 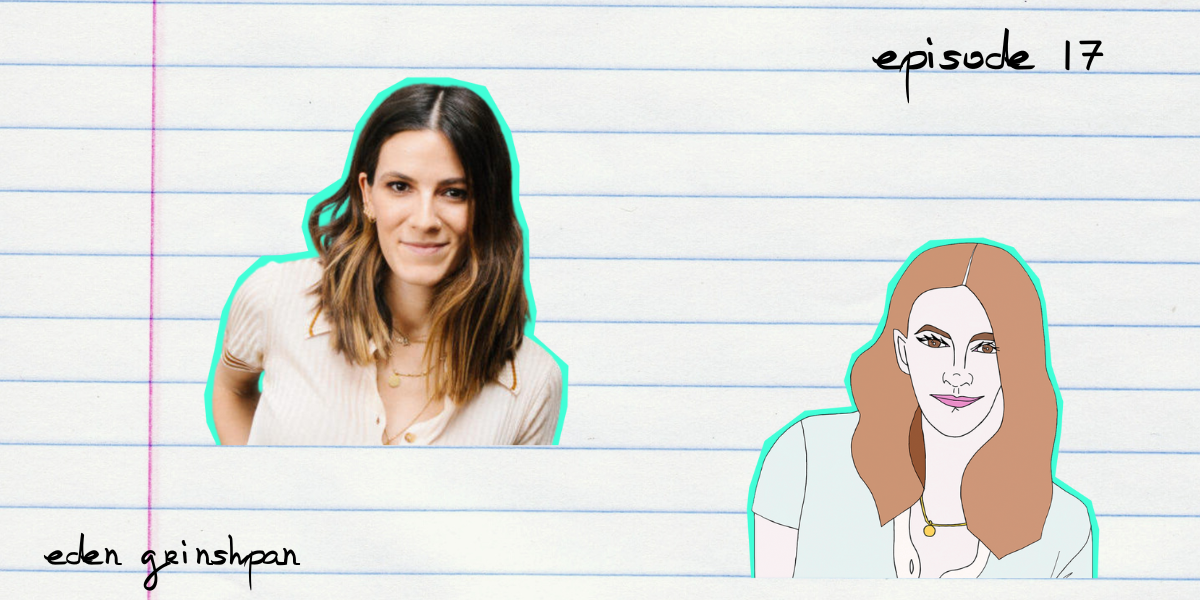