Combine apple cider and cinnamon stick in a medium pot and bring to a boil. Simmer, reducing until only 1/2 cup cider remains. Remove and discard cinnamon stick. Set cider to cool.

In a large bowl, whisk together the eggs, sour cream, both sugars, melted butter, and vanilla to combine. Stream in the cooled cider and whisk to combine. Fold in dry ingredients until dough comes together. Wrap dough in plastic wrap and shape into a disc. Refrigerate for 2 hours to firm up.

While dough is chilling, start heating oil in a large pot on medium-high heat to 350 degrees F measured on a candy thermometer.

On a liberally floured surface, roll dough out to 1/2-inch to 3/4-inch thick and cut with a floured 3-inch doughnut cutter. Mix sugar and cinnamon together in a bowl and set aside.

Fry the doughnuts in batches of four. Once they've turned golden brown on the bottom, flip them to cook on the other side. This will take about 5-6 minutes per batch. 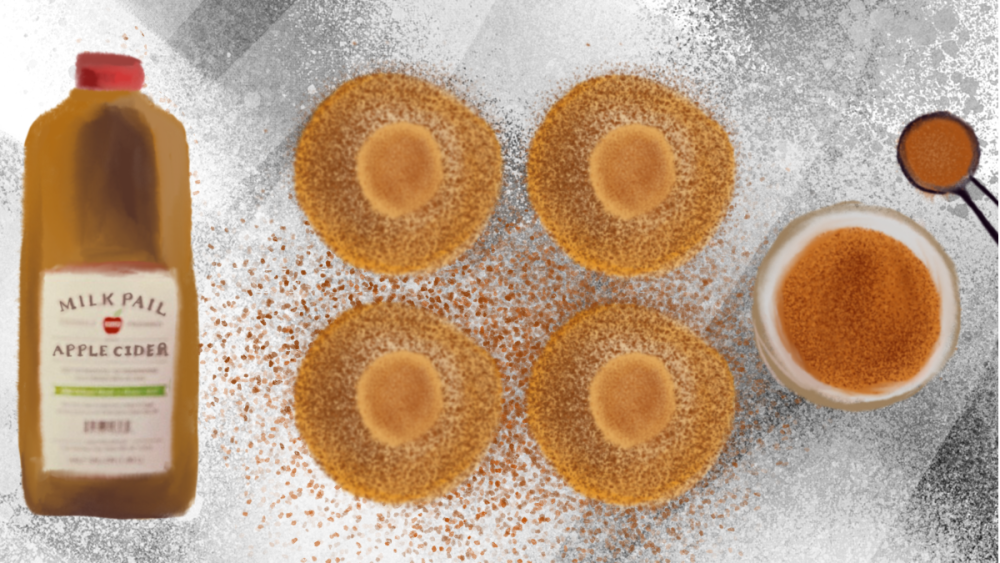