From The Kitchen Of Chef Flannery Klette-Kolton
Serves 2

Preheat oven to 400. Fold a piece of parchment in half crosswise and create a crease, open the paper back up and set it up on a sheet tray.

Combine tomatoes, garlic, drizzle of olive oil, half of the thyme leaves, salt and pepper in a bowl. Toss.

Place tomatoes just to the right of your crease on the parchment paper in a neat pile. Be sure to keep the pile neat and tidy because you are going to make the piece of parchment into a pouch and will need to fold the paper around the pile.

Place cod on top of tomatoes. Drizzle with olive oil, season with salt and pepper and the rest of the thyme.

Fold the paper in half over the fish and then starting at the bottom under the fish at the crease start folding and curling the paper in on itself 2 or 3 times at every point working your way around the edges of the paper until you have a pocket. The finished pocket should represent an empanada. You want the pocket to be sealed all around so that no air escapes. This allows the fish to steam inside the pouch.

Pop your pocket (papillote) in the oven and bake for 12-15 minutes.

Remove from the oven and carefully cut through the top of the paper. A lot of steam has formed inside so be prepared for it to release.

Spoon chunks of cod (it will fall apart) into two shallow bowls. Follow by placing tomatoes in between the openings left by the cod. Pour the juices into the bowl.

Garnish with a drizzle of oil, sprinkle of maldon, spritz of lemon (if you want) and some watercress leaves. 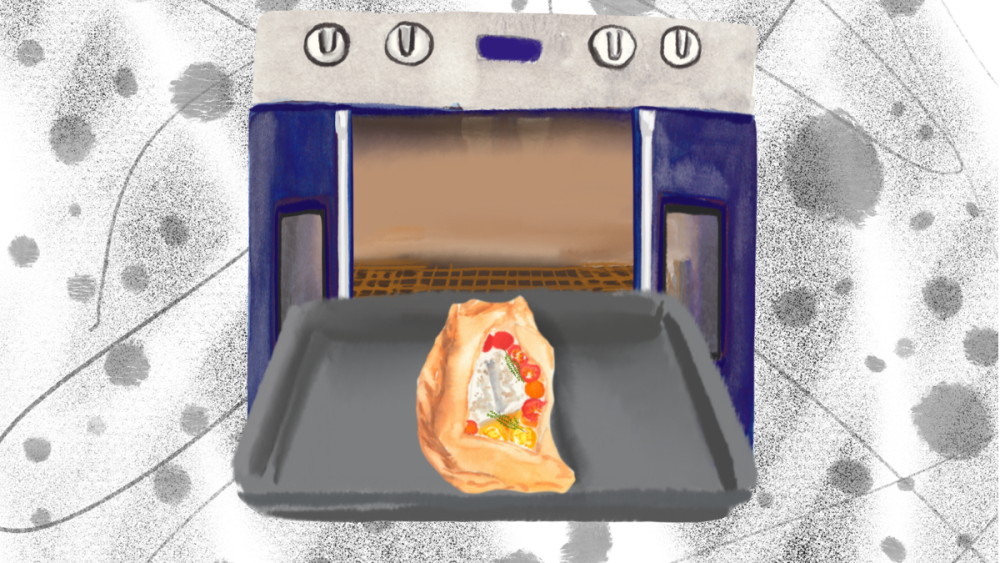