From The Kitchen Of Harley Quinn Smith

Cook, stirring occasionally, until the mushrooms have softened and browned, 10 to 15 minutes. Add 1/2 cup soy sauce, 1/4 cup vinegar and 8 cups of water. Bring to a simmer and season with salt and pepper. Continue to simmer until  you have created a broth. This should take about 20 minutes. Season with more soy sauce and vinegar.

Meanwhile, cook the noodles in a large pot of salted boiling water until al dente.

Use tongs to divide the noodles and mushrooms in bowls, then ladle the hot broth over the top. Serve with the remaining chile, the herbs and the sesame seeds and oil. I typically top my soup with Sriracha, crushed peanuts, sesame seeds and cilantro. 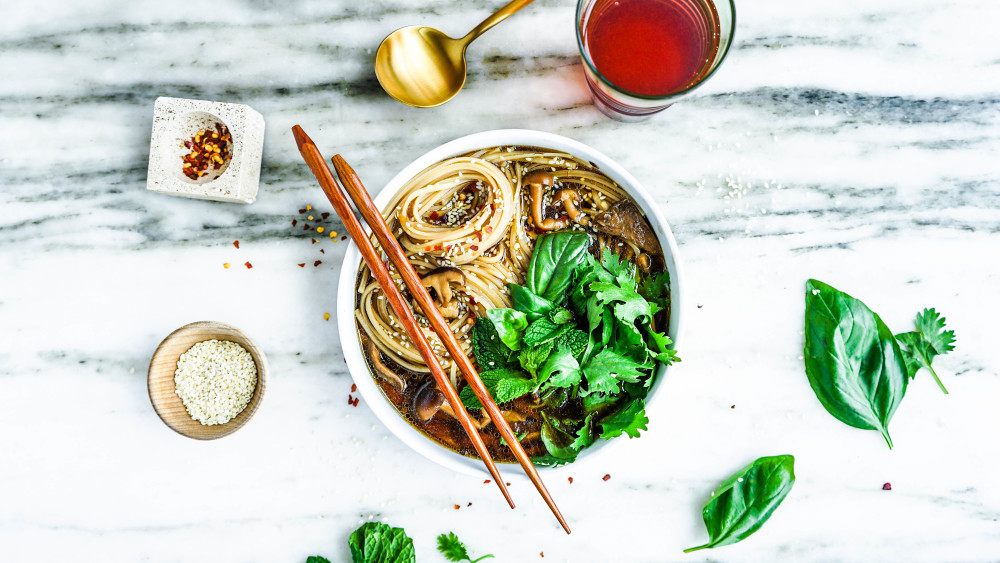