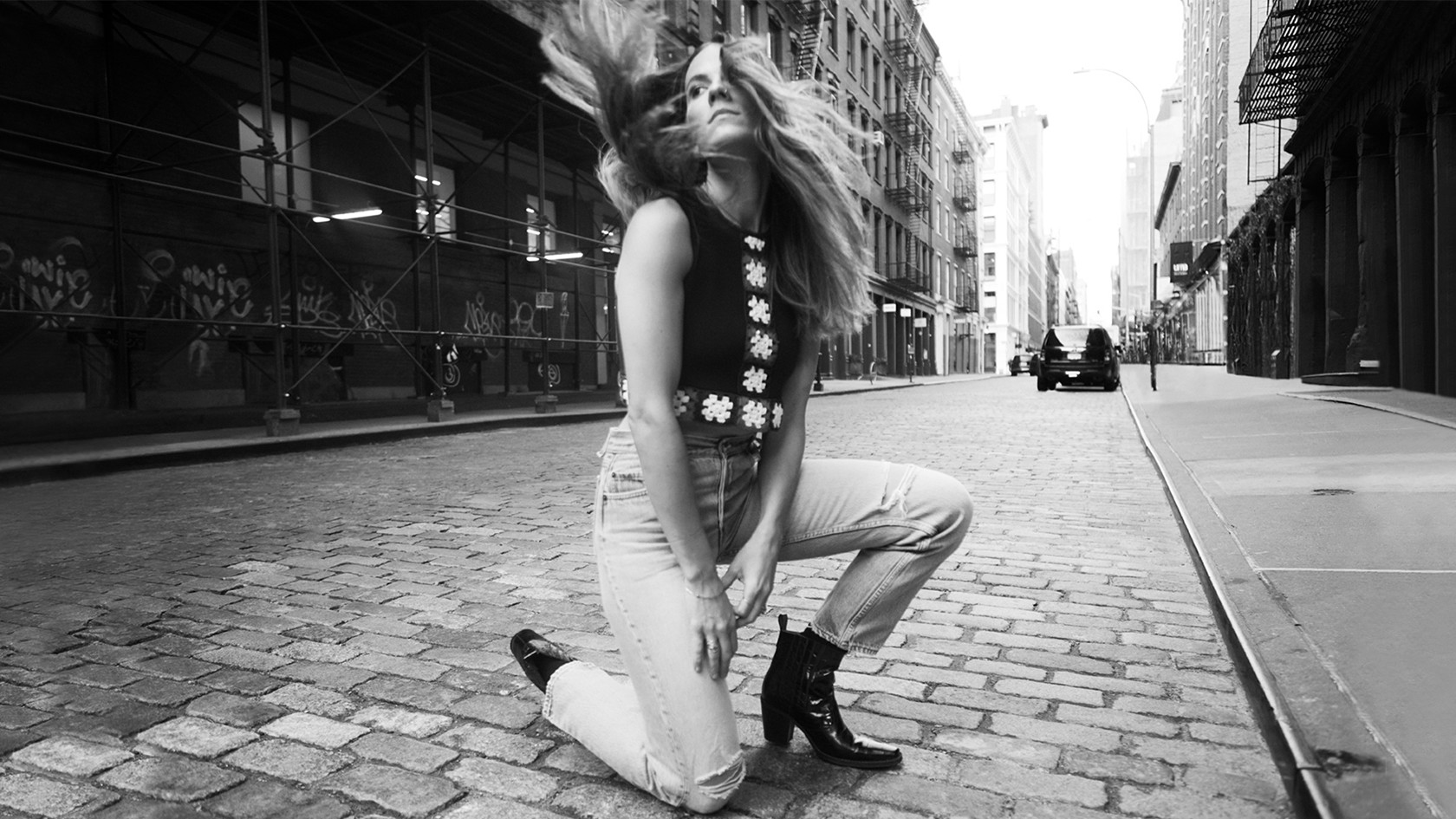 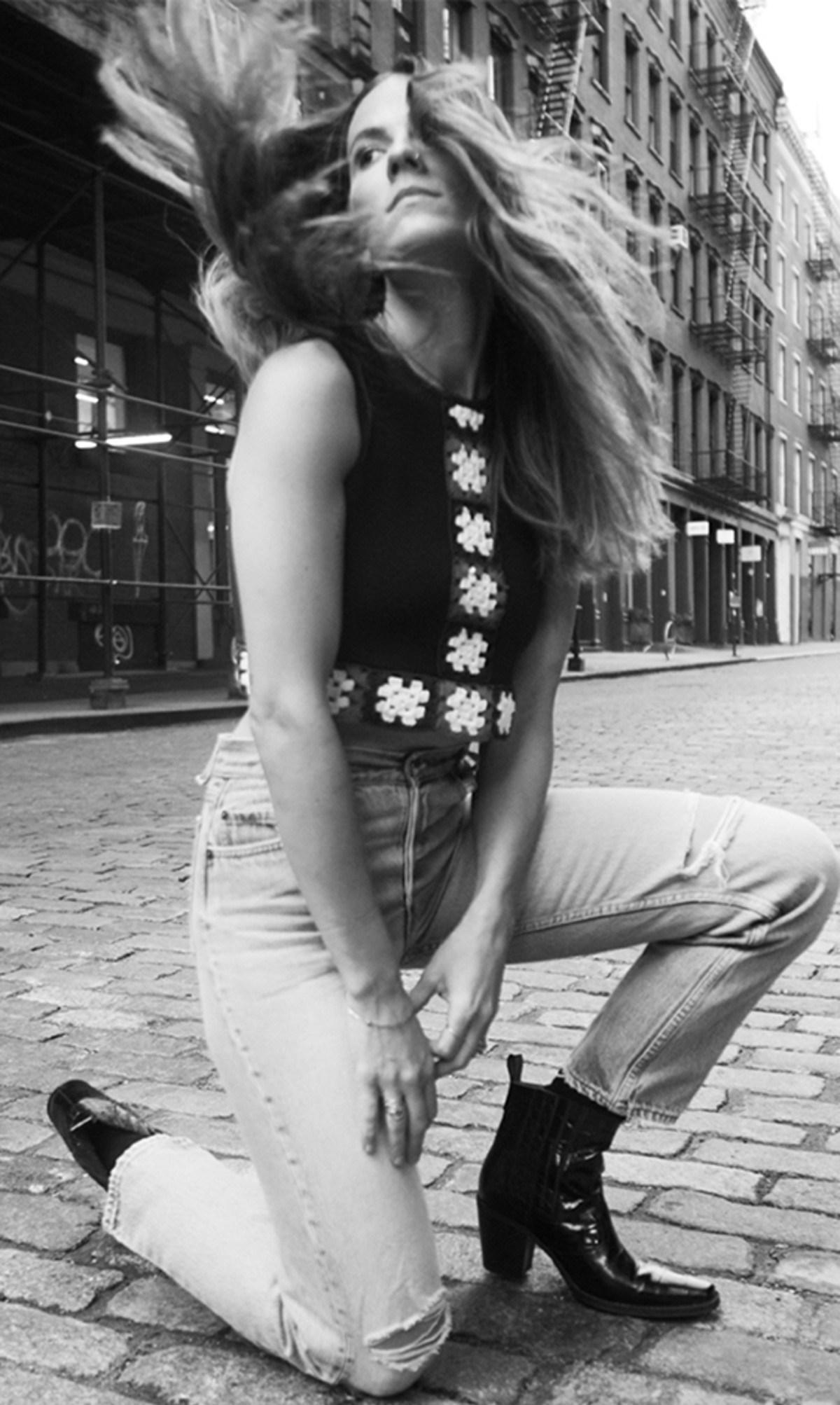 Eden Grinshpan was meant for the camera. Her feel for style, love of global flavors and world travel, and her staggeringly open nature have poised her to become a modern food influencer for today. She recently took a turn towards incorporating life as a new mother into her brand, and her hilarious food-meets-pregnancy videos went viral. On Instagram, @edeneats shares all aspects of her lifestyle, which is "about humor and keeping it light", the very thing that sets her apart. The Cordon Bleu-trained chef is currently the host of Top Chef Canada. She’s created two of her own television shows, including Eden Eats for The Cooking Channel, and you can always catch her on TV as an expert for the Food Network, The Today Show...the list goes on. Grinshpan also had a short but fruitful and acclaimed stint launching Dez, her Middle Eastern fast casual restaurant in New York City, alongside By Chloe founder, Samantha Wasser. Currently working on an exciting first cookbook, we talked to Eden about her own cookbook collection, how her peers influence her choices, how she creates a dish, being a new mom, and more.

What is your version of a t-shirt and jeans? A vintage, high-waisted Levi's jean. I search for them everywhere, and I've recently had success at Awoke Vintage in Williamsburg. I bought a pair of high-waisted jeans from Anine Bing recently too, and also at Caron Callahan. I switch off between vintage Levi's or a high-waisted 70's inspired jean, paired with a really boxy t-shirt. I do a lot of vintage 70's and 90's boxy t-shirts. And there's a hemp clothing company that I like, called Jung Maven. They make really great t-shirts that are 70% hemp, 30% organic cotton. Right now I've been wearing Reebok's vintage line, but I live in New York City, and I feel like a black boot is just part of the uniform. So I have a few pairs of black boots, like the Ganni ones I've been living in, that are kind of cowboy style with stamped croc. And I just got a pair of black cowboy-inspired boots from Tamara Mellon that I really like that I've been wearing.

How do you get your best ideas? My peers are a huge source of inspiration for me. I knew I wanted to get into television by falling in love with the Food Network in high school, and that kind of kickstarted my culinary and television journey. With social media, watching the journeys of people in the same space as me inspires me and gives me ideas about how I can move forward in my career. They give me "outlines". In my mind I create lists of things that I want to achieve based on the things that my friends are doing.

Who are huge sources of inspiration for you? She's in a completely different industry from me, but I love the way Rebecca Minkoff is out there supporting women. With her Female Founder Collective, she's such a cheerleader for women in all fields following their dreams in their respective careers. I love watching Daphne Oz's career, what she's achieved, and where she's going. I think Daphne's a badass. And she's so humble and so down to earth and cool. I love watching Athena Calderone do her thing. I know that if I follow Athena, and I really take in what she's putting out there, I'm going to know all the cool, trendy things that are about to happen. I love that she's so clear about what her brand is, her aesthetic is beautiful, and she's so excited to share it with people. These women are doing it, and they're motivating me to do it too. I started in food, and I became a mom. Publicly, this "fun" mom. For me it's not just about creating food, it's about sharing my lifestyle and my overall brand, which is about humor and keeping it light. I like watching people do their thing.  It keeps me on track.

What do you do when you're stuck? When I'm cooking and I'm stuck I find the best thing for me to do is to go out and eat different cuisines at all the amazing restaurants where I live, because I'm fortunate to live in New York City. I find that I get a lot of inspiration just by dining out, and even by going to markets like Kalustyan's or other specialty stores.  I have an incredible collection of cookbooks that are huge sources of inspiration. And also trips and travels. I cook Middle Eastern food, I'm half Israeli, and I'm able to travel to Israel often. Eating out and going to markets there is inspiring. The cuisine there has evolved so much in the last ten years. That's the kind of food I want to be a part of, and share with people.

What are the components of an ideal TV project for you? It's mostly about people. Working with people that inspire me, working with people that make me tap into the best version of myself and vice versa. Working with an amazing team. And obviously, talking about and exploring the things that I'm passionate about. The first thing I can think of is shows around food. Aside from motherhood, my number one passion in life is cooking, feeding people, learning about food, learning about cultures through food. I always say, I'm lucky to work in an industry where you can never know everything. There's always something new that I can learn. To be able to learn about new things, to capture them and learn with an audience, is a very cool thing to me.

What kinds of things inspire you to create a dish? Experiences and travel. I'm in Toronto right now [filming Top Chef Canada] and my dad and mom and I went to my favorite Persian supermarket and they were making so many different kinds of fresh flatbreads. There were piles and piles of different dried fruits and nuts, and seeds that I'd never seen before. They have this whole section of prepared foods, and there was a rice that was amazing. There were so many herbs. It's about sampling, exploring, trying. When it came time for me to think about my cookbook, which comes out fall 2020, about 85% of all the recipes were already in the back of my brain. And that was just from my travels, maybe from dishes that I tried abroad, that I wanted to recreate in my own way for the book. My book is a collaboration of foods I've had in Israel with food from Persian restaurants I grew up eating at in Toronto, and I also love Moroccan food so I pulled from dishes that I've had or cooked from different books and over the years and have made my own. You can never create something fully from scratch anymore, you can't invent anything. You're interpreting and adding your own spin to things you've witnessed or been a part of.

Where do you record your ideas? In my Notes app on my phone. I'm not a super organized person and I'm extremely spontaneous.

Which books are in your key cookbook rotation? There's this small book I'm not sure that I bought---I may have stolen it from a friend, years ago, called A Taste Of Persia. When you look through it you can tell that I've studied it back and forth. The dishes I connect with are more simple ones where the ingredients shine, and this book embodies that with all the ingredients and flavors that I'm obsessed with like saffron and pistachios, cardamom and aromatic spices. I've always been a huge fan of Yotam Ottolenghi. When Jerusalem came out it was really a moment in my career where I connected so deeply and it triggered my own culinary style.  My solve-it-all book, Zahav, is absolutely gorgeous and when I open it I feel like I'm in the streets of Israel. I feel like I'm able to translate those flavors, and create a way for people do that in their own homes in North America. I love the way Allison Roman simplifies food and lets ingredients speak for themselves. Dining In speaks candidly, it's not perfect, not precious. The food and the ingredients do all the work, and I appreciate that from her.

Are you afraid of anything? I'm afraid of a lot of things. I've gotten better at it over the years, but I'm afraid of public speaking. It's hilarious, because I do it for a living. I'm afraid of getting on stage in front of hundreds of people with a mic and that's it. Also, I will not cook in a cooking competition on national television. Creating a dish from scratch in a time frame on national television with five cameras on you... I wouldn't do that. For fear of cutting my finger off! I think of the fear of being so overwhelmed, the stress, the pressure to perform, and then just losing it, cutting my finger off because I'm not paying attention. I'm afraid of being in open water; swimming in big, open bodies of water. I'm scared of the fact that I couldn't be able to see underneath me, and beneath are so many things bigger than me that could just pull me down. It's a total mystery and so dark and I'm not a great swimmer. I'd feel very vulnerable.

What is your most amazing recent discovery? As a mother, I try to control a lot of situations that aren't controllable. I want her to eat all of her veggies, and if she doesn't, I've failed that day. I have those thoughts, 'I didn't do my job today'. As I'm growing as a mother, what I've learned recently, is that everyone's fine. Even if you don't do those things, everyone's fine! She's healthy, I'm healthy, everyone's happy. It's about trying your best and not being guilty about the things you thought you were supposed to do. As a mom, you compare yourself to so many other moms. So it's about being accepting and proud of all the things you've done, stop comparing, and learn to let go.