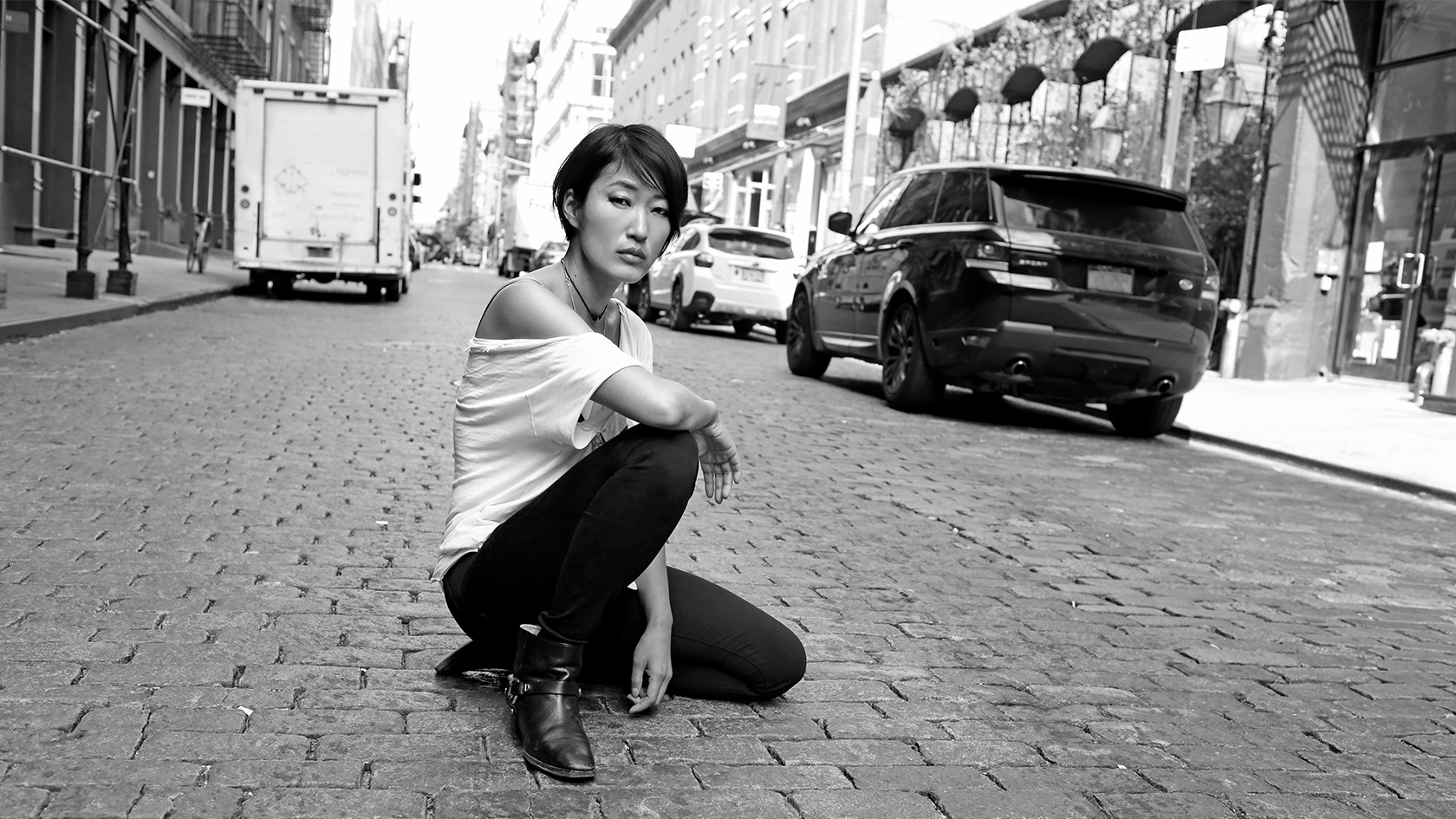 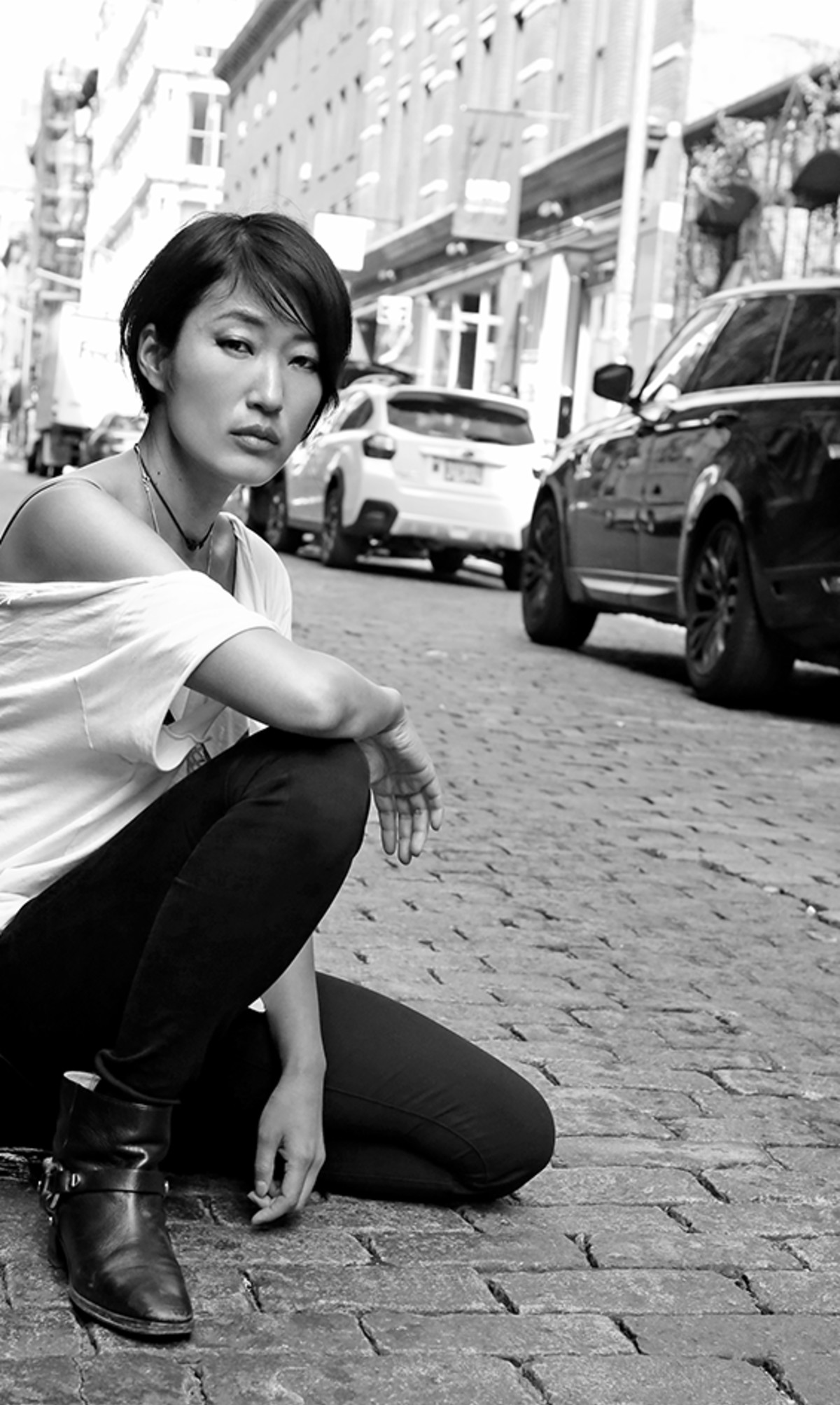 Jihae is a singer, songwriter, actress and activist who was born in South Korea to a diplomat father and an opera-trained mother. The multicultural creative grew up on three continents, attended ten schools, and spoke three different languages by the time she became a teenager. In 2007, she launched a record label and released her first album which featured collaborations with artist-legends Lenny Kravitz and Michel Gondry. The singer-songwriter has given impactful performances in a number films and television: she played identical twins in Mars, Ron Howard's miniseries for NatGeo, and Peter Jackson cast her in Mortal Engines as heroine Anna Fang, for her "elegance and power". She enjoys the "so outrageously not yourself" element that acting provides, and when asked about her future as an actor, in true self-proclaimed "gypsy-punk" style, Jihae tells us she's "going with the flow". As a musician, she performs at large scale events and venues, such as the London Olympics, Cannes Film Festival, and United Nations General Assembly. In 2011 she co-created, directed and produced a multimedia rock opera based on her third LP, with Academy Award-winning playwright John Patrick Shanley. Adding to her pursuits, Jihae was also born with a passion for human rights, and so she regularly donates her time to a variety of nonprofits. Most recently, she's been working on a fifth album, and both she and her music appear in season two of Netflx' Altered Carbon. We sat down to discuss ideas, inspiration, style, keeping fear at bay, and more.

What is your version of a t-shirt and jeans? Comfort. Old. Something I could almost do yoga in. I wear Me + Ro jewelry, I have a piece of jewelry that is the only item from my mother that I haven't lost, I also wear a piece of jewelry from Egypt, of Nefertiti. I love a good pair of boots. I'm wearing Stuart Weitzman's now. These are my go-to. I went to do a performance at a festival in Santa Fe in June and I forgot shoes, so I was taken to their most modern, fancy shop-- and I couldn't find anything I liked. I ended up going to a cowboy store and found these  short boots that are so cool, I love them.

What would you say is your overarching style, professionally and as a performer? Gypsy punk. The nomadic side of me, the free-for-all side of me. The essence of freedom in every sense of the word. I grew up on five different continents and I've experienced many different cultures. It's in my DNA to continually move. There's no cage, no matter how beautiful, that I would appreciate.

How do you get your best ideas? Best ideas come when I'm emotionally evoked. Whether it's a piece of news, or a piece of art, or book, or movie, or conversation. When something moves me, that's how I get inspired.

What do you do when you're stuck? When I'm stuck I drop it. I take a walk in the city, and if I'm lucky to be by the ocean, I take a walk by the ocean. I'll go to a museum; I'll read a book. I don't like to struggle when it comes to songwriting.  When it comes to long form writing, which I've started to do, I have to make myself sit there for a couple of hours at a time at least, otherwise I won't get it done.

What do you like about living at the beach, in the Hamptons? I love the ocean. I love nature. I love the clean air. I love the ability to go to a farm stand and have a salad and vegetables that come straight out of the soil. It's indulgent and incredible and I'm in love with it.

How do you see yourself as a multi-hyphenate artist, does one skill come before the other? I just see myself as an artist that likes to experiment in different mediums. I don't think one comes before another. It's based on happenstance, not plan. I started to experiment with new mediums of art out of having to think outside of the box, without a team or a budget to release my records. I wanted to find a way to allow my songs to live longer. And I also wanted to pursue, on a creative level, a deeper exploration of the themes of the records. So having other mediums paired with my music was really exciting.

Which of your performances has felt the most special to you? The rock opera with John Patrick Shanley. It seemed too ambitious! To collaborate with John Patrick Shanley as theater director and playwright...it was such an honor and a privilege. I learned so  much. It was really fun. Also, performing at the United Nations General Assembly and being a part of a three hour concert involving 25 artists from around the globe and raising awareness for climate change.

Are you afraid of anything? There's a lot. I could be afraid of everything under the sun, but I refuse to dwell on it or put my energy there because it's not constructive.