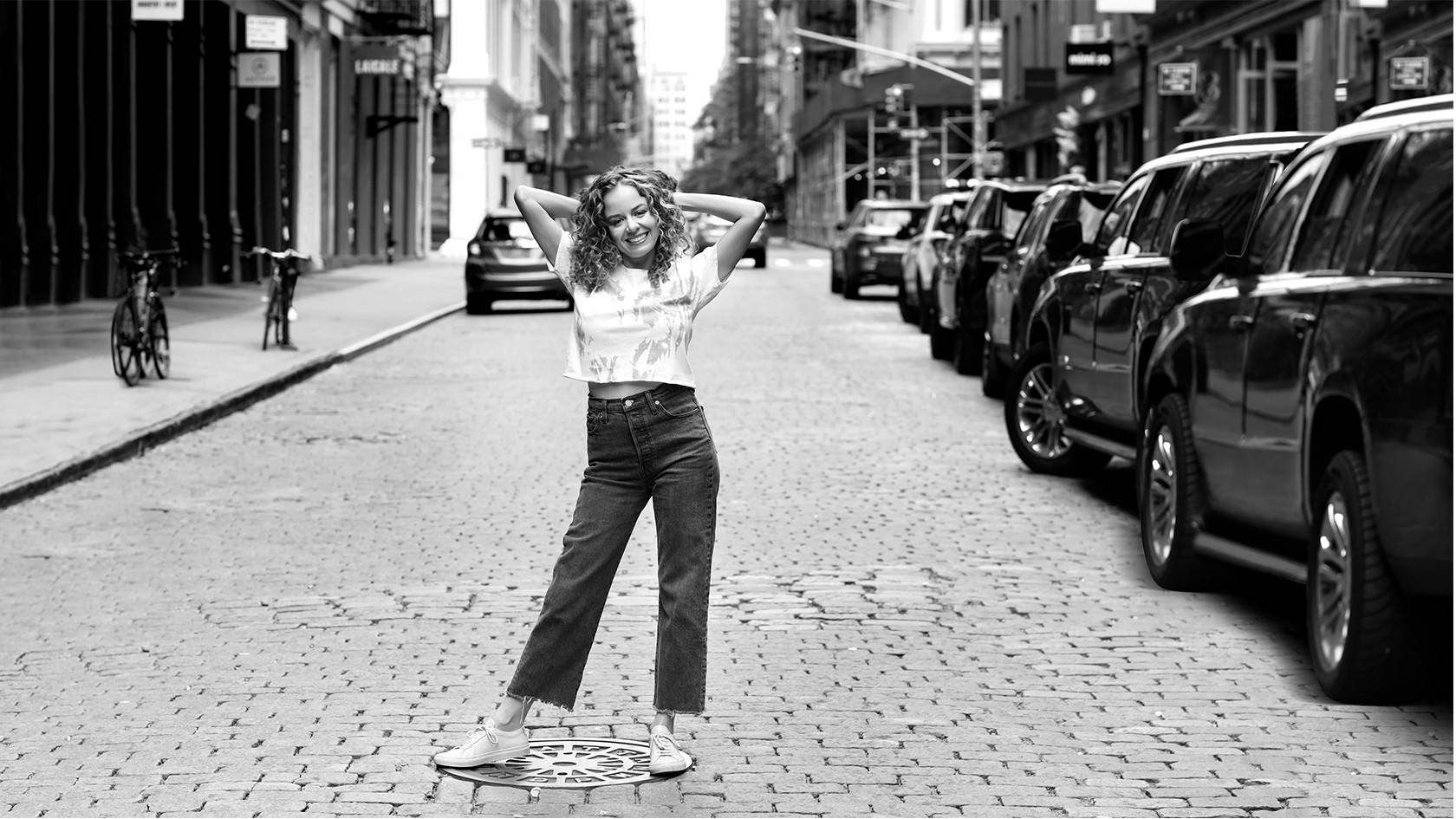 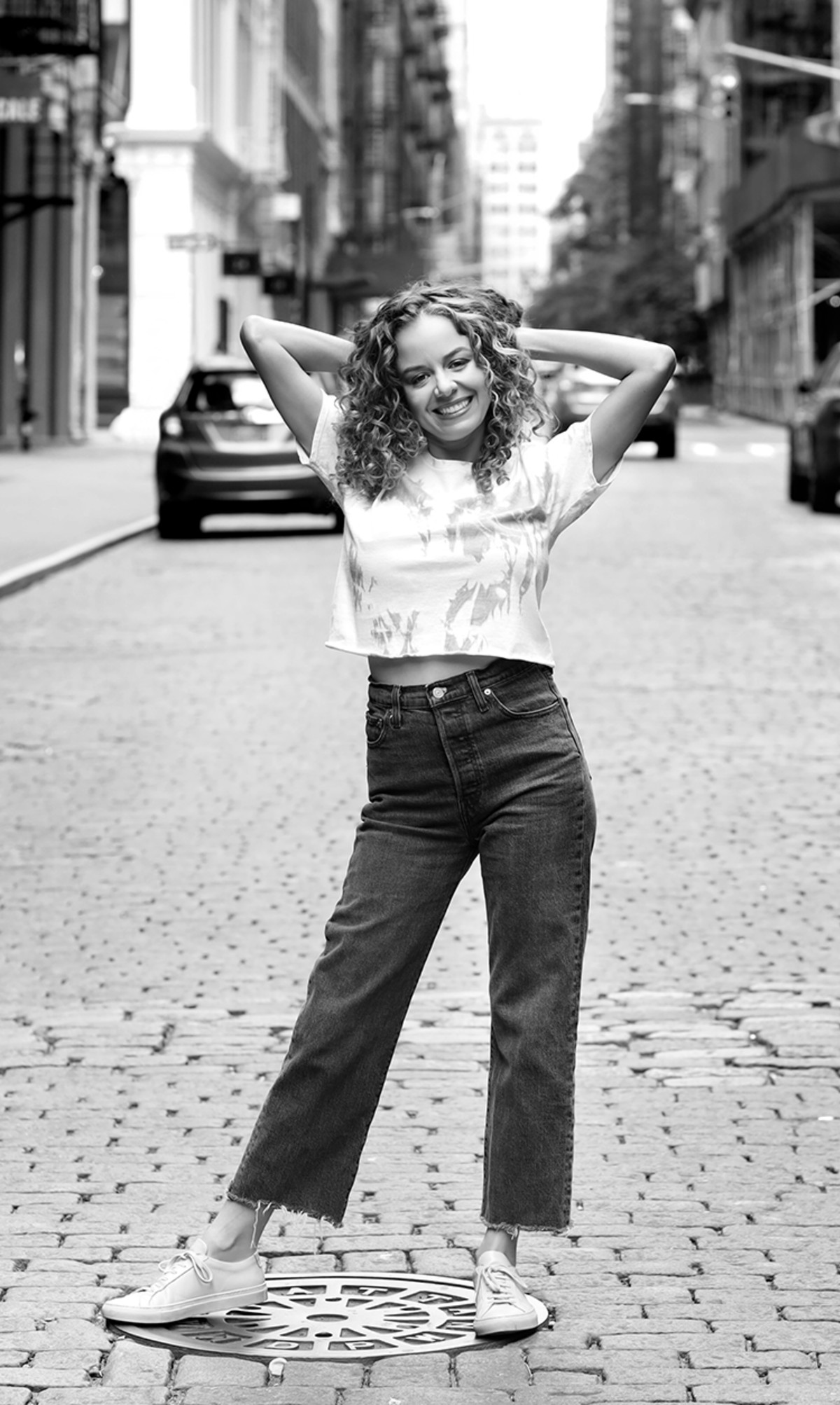 Laura Chinn grew up using humor to cope with pain but it took her many years to see herself as funny. The creator, executive producer, and star of Pop TV's new series, Florida Girls, dropped out of high school when she was sixteen and lived in a world where young adults went unsupervised. The show based on her life has been declared by the New York Times "another reason to find the Pop Network". With a single mother who was working and dating all the time, and a father in California, Chinn developed a unique relationship with the Sunshine State that drives her fascinating Florida perspective: "Florida gets into your system and you can't leave. There are fun things to do, and fun trouble to get into". Family and friends recount stories of Laura talking about performing and storytelling since she was three years old, and she's been on an incredible acting, writing, and producing trajectory ever since, including an important stint as writer and producer on popular Fox series, The Mick. We conversed about Clearwater ("the ocean, the drugs, the alcohol”), education and lack thereof, the deep work she's done to get to know herself intimately, writer's rooms, and how she's navigated her way through Hollywood since she was seventeen.

What is your version of a t-shirt and jeans? I'm really proud of these wide leg jeans by Levi's. I typically wait trends out to make sure I really like them, but I bought these immediately. And I made this tie dye shirt. My friend surprised me with a tie dye-themed bridal shower. I just got married on Saturday. At my shower we made shirts and drank wine, and I was in shock for three hours, because it was a surprise. My friend told me that I was going to her birthday party in order to get me there!

Which came first, writing or acting? My mother's friends have said that when I was three years old I talked about storytelling and how important it is and how important acting is. My sister told me that when I was a little baby, I was talking about acting and performing and the stage! I did a play when I was five and I vividly remember feeling that this is what I have to do. Even when we moved to Clearwater when I was nine, and it was far from a place where the entertainment industry resides, I was putting on plays in the backyard and making videos. I have a fourth grade yearbook that says I wanted to be an actress when I grew up. I was always doing both, writing and acting. And eventually I moved to LA to do both.

What was your first big break? My first acting role was as a guest star on Grey's Anatomy. That was huge! I started doing a lot of drama television and writing short dramatic films. I'd always been writing, but didn't have confidence in writing at the time. I didn't finish high school or go to college, and writers to me were these brilliant and otherworldly people. Then I met Anthony Tambakis at Groundlings, he's a brilliant features writer who is a professor and loves teaching. I was twenty one at the time, and I told him in passing how much I wanted to be a writer. He told me he'd love to teach me. Over email, he'd give me assignments and I would write short films and send them to him. He gave me so much confidence, which was the thing I didn't have. He told me I could do this, and that I have a voice.

How did you find yourself at Groundlings? [Actor] Taran Killam was a friend of a friend and brought me in for a performance. Taran's so inspiring and so deeply funny. Being at Groundlings piqued my interest in comedy. I then began taking classes at Upright Citizens Brigade where it became clear that comedy was the thing that felt right for me, the thing that clicked.

Do you still have dreams of acting or writing in the genre of drama? An indie feature has always been a dream, a drama with comedic elements. There's so much joy in comedy, and drama is so heavy. Humor and fun have always been a part of my personality, and it's what's gotten me through so many things.

What do you do when you are stuck? Walking helps me a ton. I walk around my neighborhood and talk to myself. And I always go back to "why do I want to write this? What do I like about it?" It helps me to think more positively, and encourages me to keep going.

Are you afraid of anything? Oh yeah absolutely. I'm afraid of many things. Recently someone told me that courage isn't the lack of fear, it's knowing that you are afraid and doing it anyway. That really resonates with me. Many times in my life I've felt terrified. I'm in a new writer's room and I don't know anyone. I'm terrified to speak, but I say to myself, I'm speaking anyway. That mantra helps me get through the fears. I do a lot of internal work, so I'm always addressing fears as they arise.