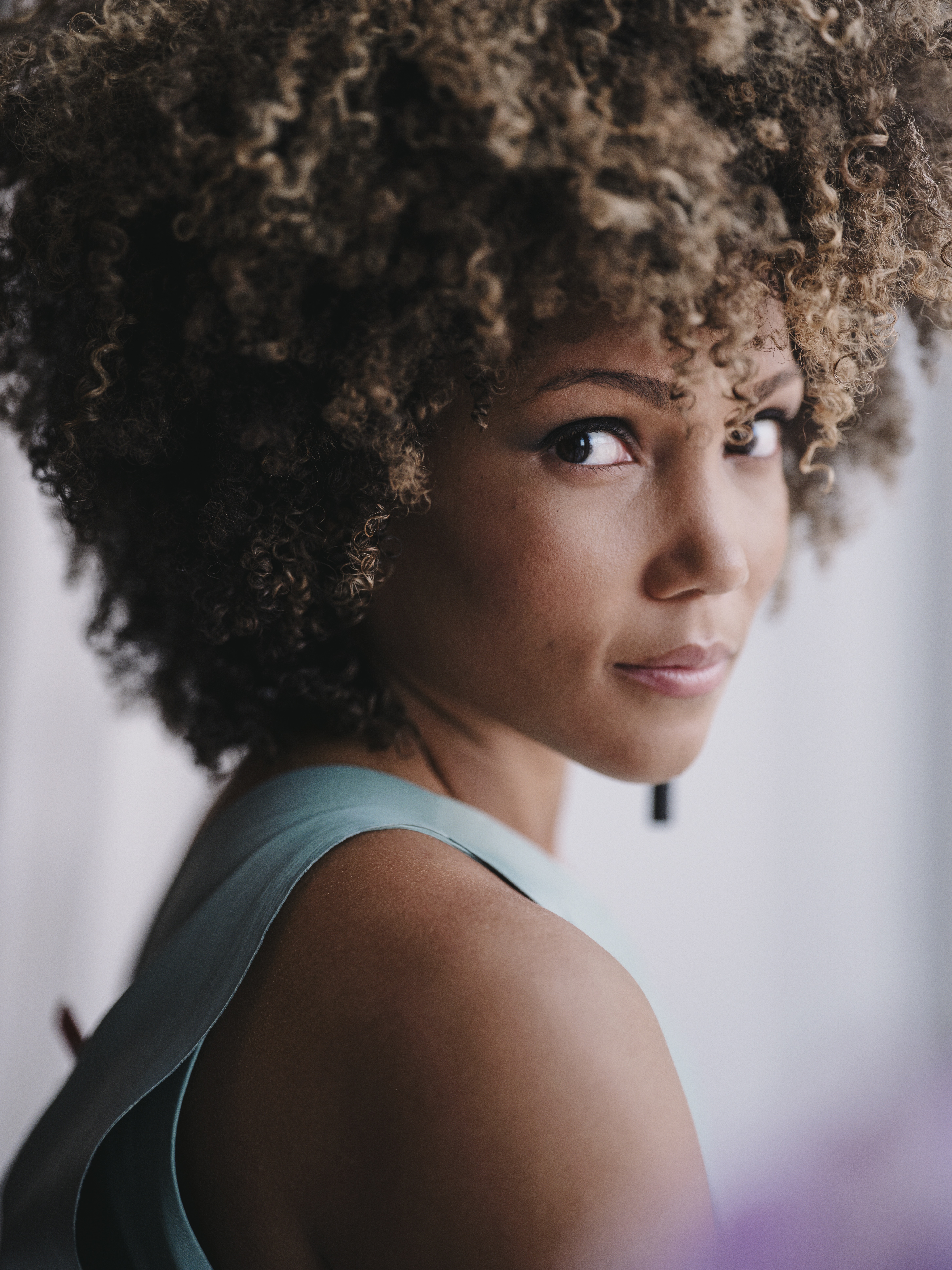 “It was really healing for me to touch on the subject of racism in the workplace.”

Like many young actors, Jasmine Mathews says her dream was initially met with some criticism by her family. “They tried to talk me out of it because it’s not a safe profession,” she says. “But what is safe these days?” Thankfully Mathews' risks paid off when, within a couple years of graduating from graduate school, she landed roles on two TV shows, both with characters by the name of Heather. The first was on Heathers, the series inspired by the ‘89 cult classic film, and the second was Sweetbitter, the hit Starz show based on the Stephanie Danler novel, which is in its second season this year.

Trust me, I’m a professional… Empath

The true jumpstart moment of my career was.. I moved to New York City in August 2016 right after I graduated from grad school, and booked Heathers. I had so much fun on that project. Everyone was new, and so we got to experience it together. And then I got Sweetbitter the following year.

The most exciting part about my current role… The layers I was able to find within Heather, my character in Sweetbitter. Stephanie Danler and Stuart Zicherman allowed me to bring some of my own stories to the role to help portray the experience of being the only black woman working front of house at a restaurant. I was able to sit down with them and the writers to create a story that will resonate with a lot of people. It's really healing for me to work on a project that touches on the subject of racism in the workplace; all of the the passive-aggressive things you encounter and what that means.

How I want to leave a mark... With the natural hair movement in Hollywood I’ve always been adamant about wearing my natural hair out and not straightening it. I want to show that natural hair is elegant, and for all occasions. There are so many different ways we can do our hair, and I want to bring that inspiration to Hollywood.

The role, historic or fictional, do you dream of playing… Angela Davis and Beyoncé

When I’m personally binging TV, it’s usually… I just finished You and Sex Education, and if that’s not on, I’m usually watching some sort of anime.

The one person I trust to go through my Internet search history… My brother, the oldest of my three younger brothers.