"Mexico City is Cool AF". That could easily be etched across the back of a black satin bomber jacket and blown up all over Instagram. Mexican designer Anuar Layon proved that back in 2016, with his ubiquitous "Mexico is the Shit" bomber jackets.  The bomber popularity had stellar timing for "Hipsicans" (hipster Mexicans) to stylishly show the world how cool their nation can be while infamous Mexico hater Donald Trump was running his presidential campaign. 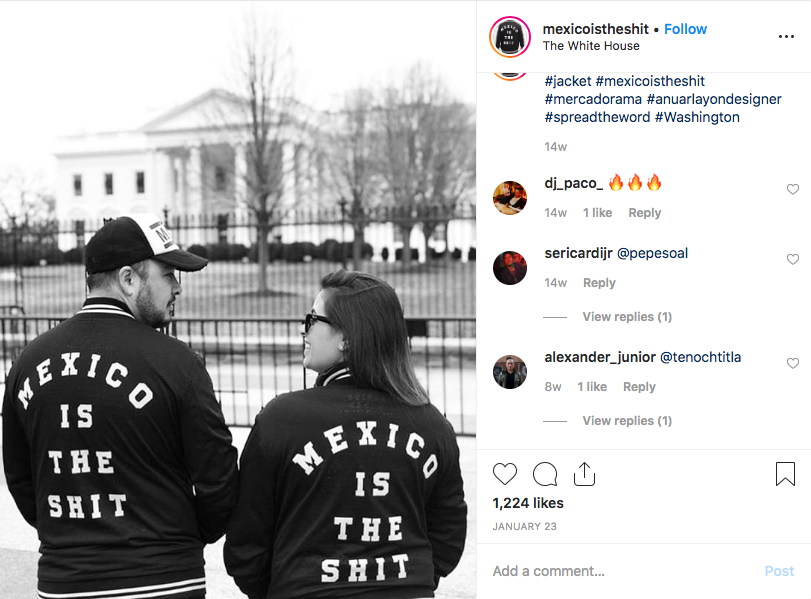 Fast forward four years, and now, you’d be hard-pressed to see any locals, or, chilangos, (city folk from Mexico City) still sporting that jacket. But, if you’re an outsider psyched to be booking your architecturally adorable Baroque or super-mod Luis Barragon-inspired AirBnB in the chic neighborhood of Roma, you’ll have to buy a ripoff. 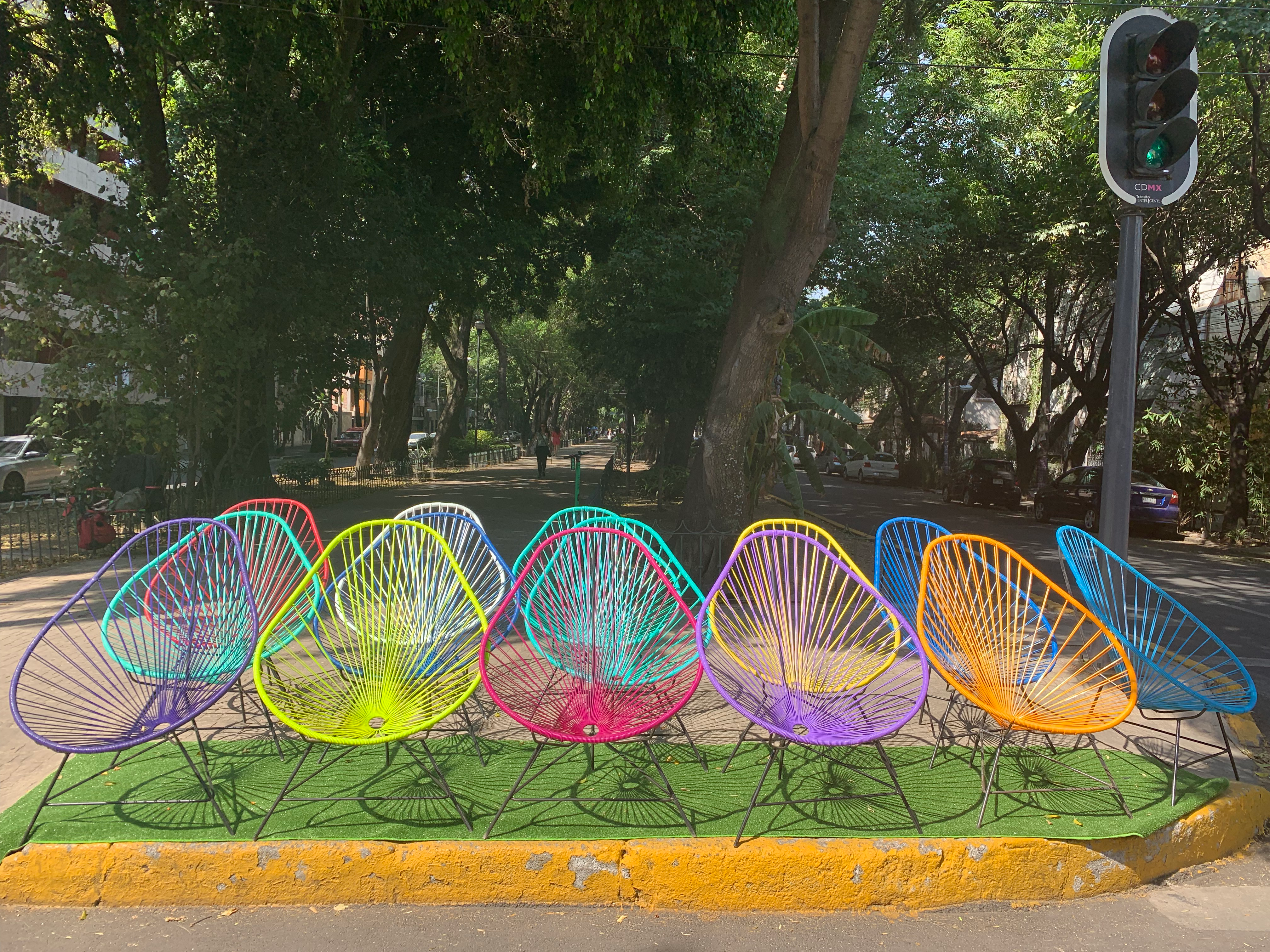 The more time I spend in México City, the more I'm guilty of feeling the ripoff bombers are more bilingual-cooler anyway. Copycats boast chic patriotism, taking insider Mexican street slang to the next level with "Mexico Es Chingon", "Mex I Can", "Mexico Esta Con Madre", "Mexico Es De Huevos" — all cheeky, double-meaning, or sexually innnuedo’d phrases (all google-able), likely to offend some mothers. But for those down, they emphasize how much Mexico City truly is "el shit" in the most complimentary way possible. 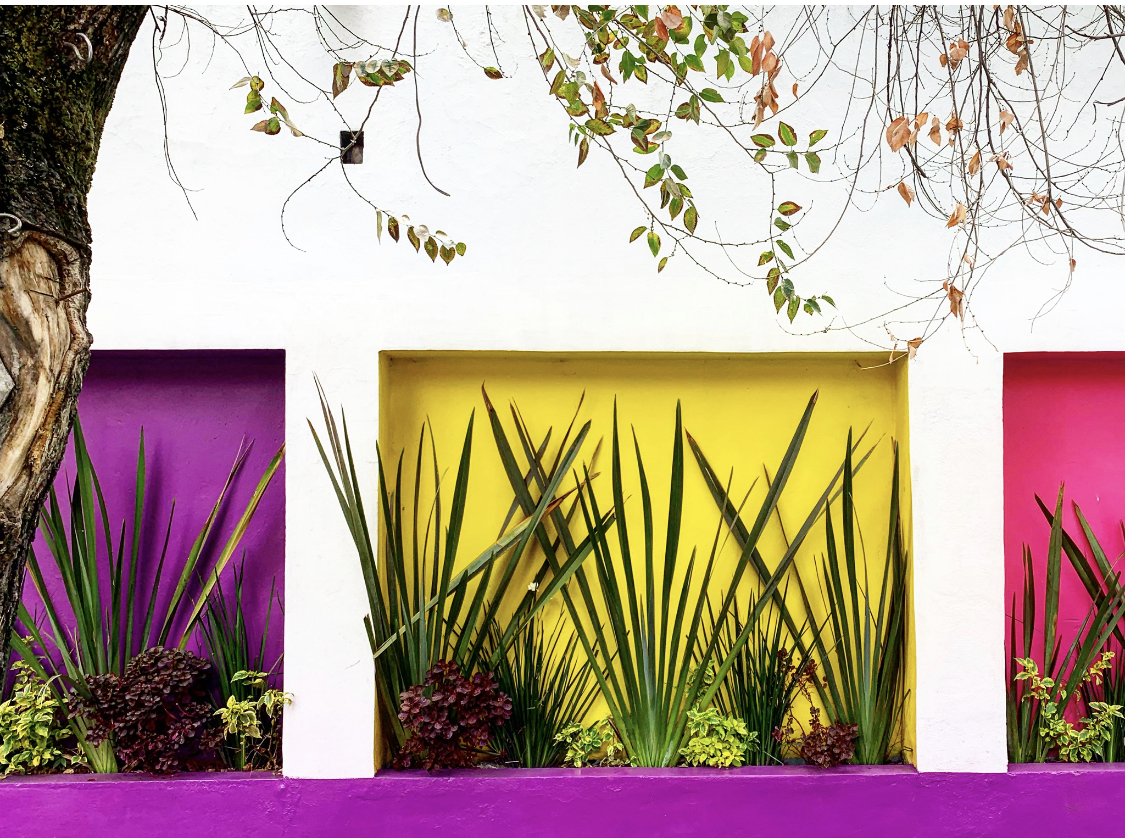 I would know because I’ve been adventuring here in Mexico City, aka CDMX, and formerly known as DF (pronounced “Day Effay” for Distrito Federal or Federal District) since 2001, when I backpacked with my Dutch travel buddy, Karin, from Mexico City to Guatemala City. I’ve witnessed the city evolve into a cosmopolitan, racially diverse, design and food capital. Currently living here for three months to produce a documentary series, and being an LA resident and former New Yorker, I feel strongly that Mexico City is basically what would result if Paris, Manhattan, Brooklyn, and Los Ángeles birthed a big bilingual city baby with a population of 22 million and a budget friendly exchange rate of nearly 20 pesos to the dollar.

The result is that the capital city is visually stunning despite the staggering statistical realities of its pollution and altitude shock. There are some audacious odors, but the spring super bloom of lavender-hued jacaranda trees and magenta bougainvillea branches bursting along lush, tree-lined pedestrian-friendly city streets perhaps oxygenates some of that traffic-caused funk. For how massive CDMX is, it is refreshingly clean and well cared for. Rather, it’s littered with charming patio cafes elevated by shiny Cadillac-inspired espresso machines; mixologist-concocted cocktails and mocktails everywhere you turn; seriously tasty, internationally-lauded haute cuisine; countless chic boutiques, vibrant open-air art, design, vintage, crafts, and food. Even, a black magic market. And the journey to these treasured spots always means witnessing, street after street, so much Instagram-able architecture. 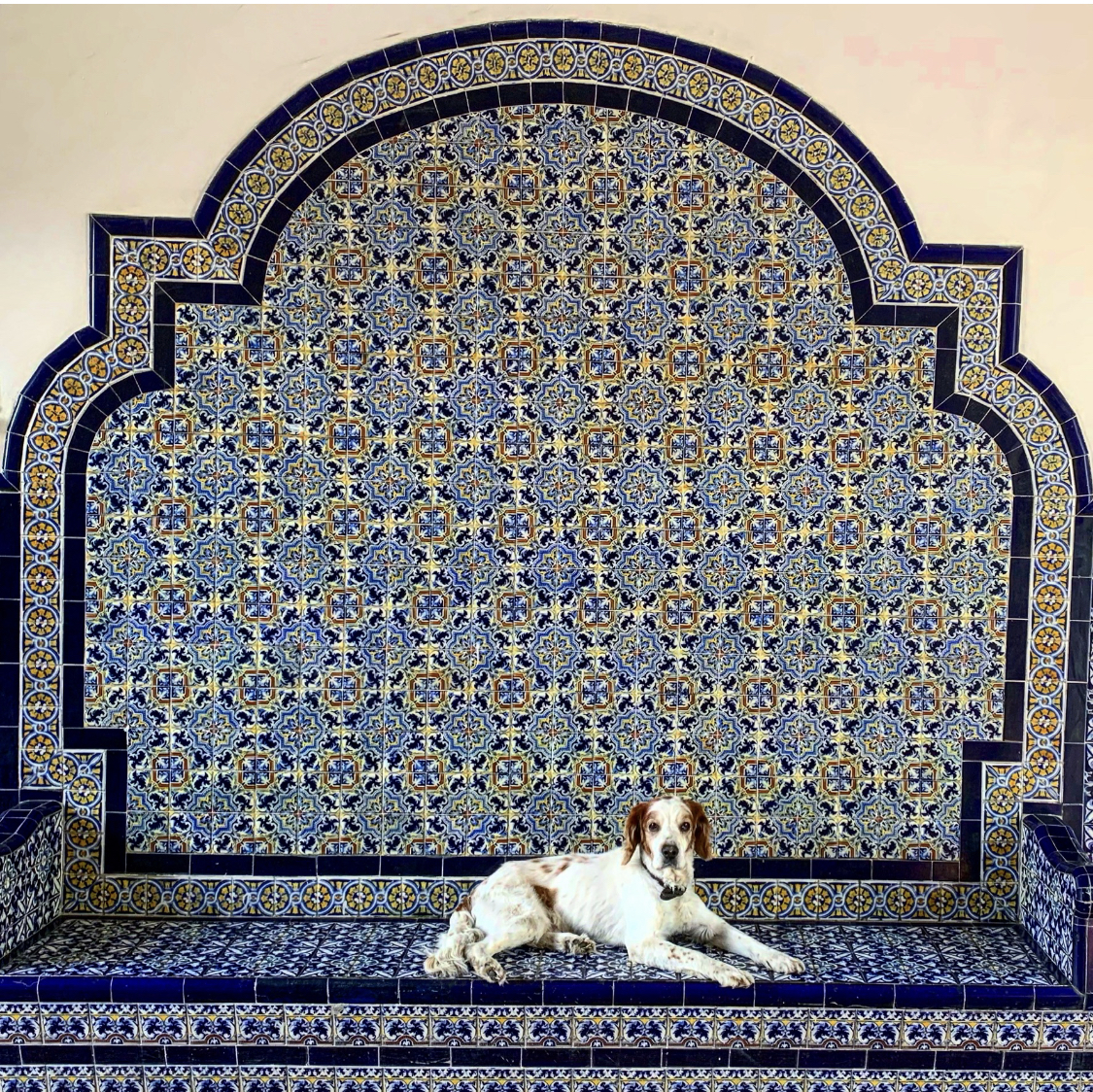 Currently it feels like countless Americans have just returned from CDMX, are there right now, or excitedly have already booked their budget friendly Interjet or Volaris flights to be there shortly. In some colonias (neighborhoods) it can be a challenge to explore anywhere adorable without hearing an American accent asking about the very thing you, too, have popped in to check out. To arrive in Mexico City without a black felt wide-brimmed hat and resist taking an artsy, self portrait in front of a pink wall or in Vasconcelos Library, is to be a digital anarchist. Roll your eyes, but the Mexiphile sentiment in Americans is real, reflected in a record-breaking 10.6 million tourists who visited CDMX in just the first quarter of 2018. This, up 12.6 percent from 9.4 million visitors the year before according to the Mexico Tourism Board. 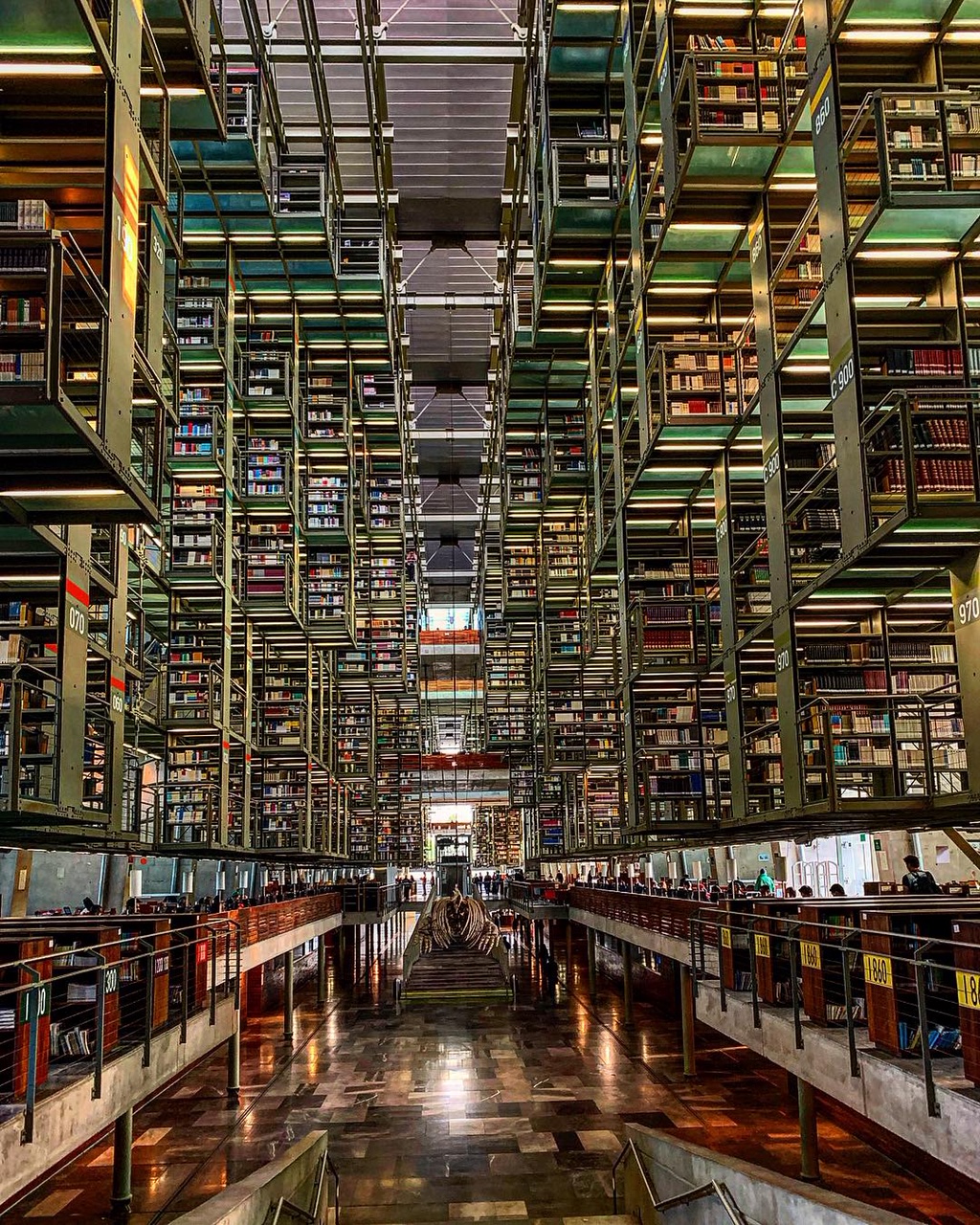 That said, the mega huge city is big enough for all of us —especially those willing to explore beyond the perfectly lovely bubble of the popular Roma Norte and Condesa colonias. It’s only slightly annoying to not feel like the only one crafting a hyper-saturated pic at Casa Gilardi, or, taking in the textile material re-appropriation of Abraham Cruzvillegas’ third solo exhibit at the Kurimanzutto Gallery. With countless popular CDMX city guides and travelers with veteran friends, it would be insane to think you’re the only one who knows to make a daytime stop to experience the culinary offerings of world famous chef Enrique Olvera (of Cosme in NYC) at Molino “el Pujol” on the outskirts of trendy Condesa if you can’t get a reservation for the Michelin-starred, much pricier tasting menu at Pujol in swank Polanco. Or, that the vegan menu at Los Loosers is a palate-dazzler with options like the avocado kimchi tacos. Mexico City isn’t terribly amazing when it comes to leafy salads, but Cicatriz in Cuahatemoc hits the greens spot with their well-massaged kale salad. (Wash it down with a mezcal-based Aperol cocktail.) Eggs are everywhere, but eggs American-style are rare. The most decadent U.S. inspired breakfast sandwiches can be found at Clara y Ema in Condesa. Think Egglsut in LA, only way cheaper. 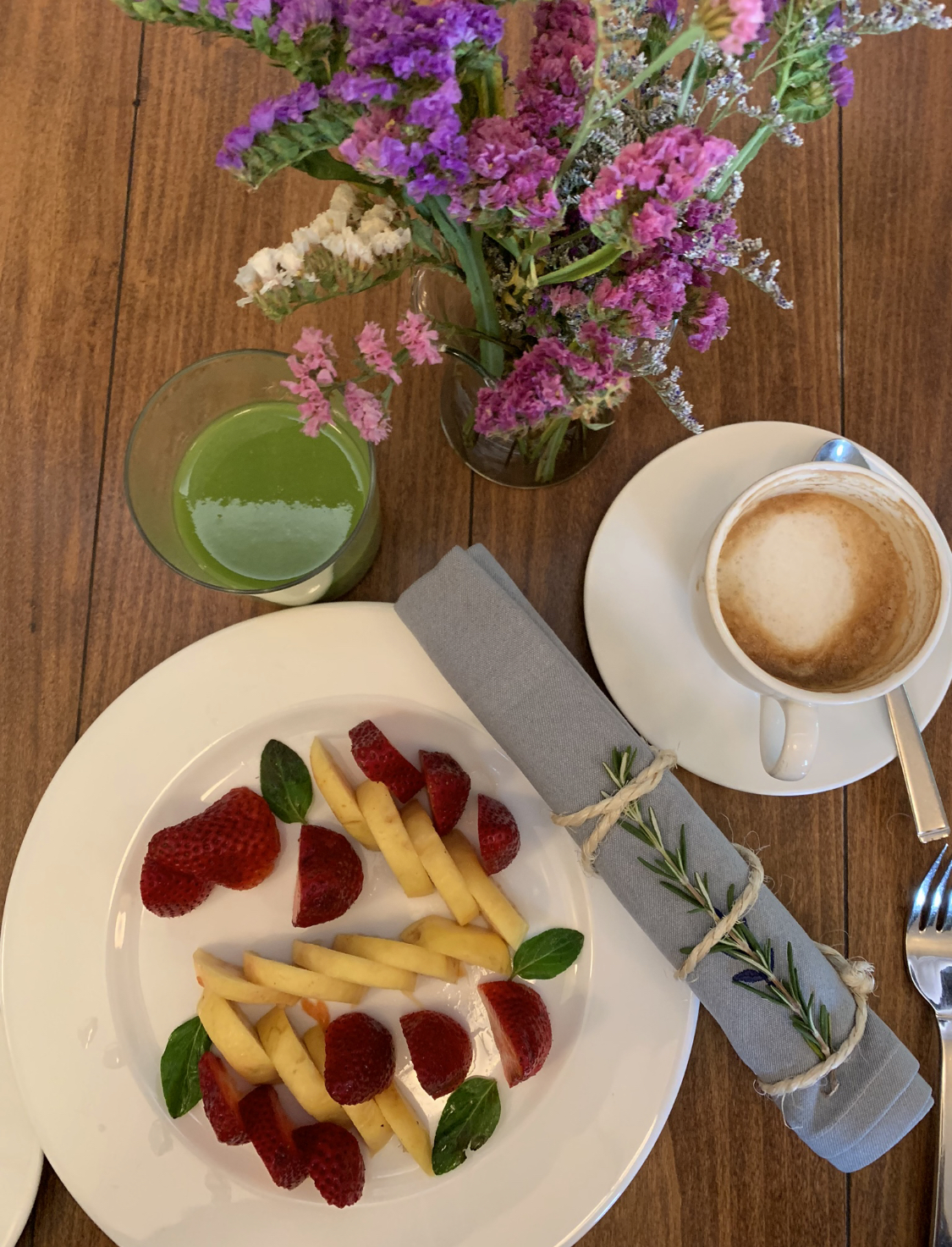 Eating of course is the best activity to do in CDMX. If you want to dine like some locals do, that could mean trying chapulines — fried grasshoppers best psychologically tolerated when smothered in queso blanco. Make the discerning choice for yourself to sample from a street market vendor, or a restaurant. Escamoles, or ant eggs, a Mexican caviar if you will, is another local dish that can be a mindfuck for the unfamiliar. Like anywhere in the world, street food is (epically) delicious in Mexico. The Wednesday outdoor mercado in the Napoles neighborhood is worthy of lunch. Try the huitlacoche (a delicacy of fungus found on corn) and flor de calabaza (zucchini blossoms) in the form of a taco, quesadilla, tlacoyo, sope or gordita. For more formal dining options try some favorites like Pasillo De Humo, Rosetta, La Bodega, Lalo, Parnita, and Palomar. Ground level Parnita has some of the yummiest tacos by day, and next door, after 7pm, an unmarked open door opens to a lit stairway guarded by a friendly doorman. This is the Paramo dining experience, and where to get a to-die-for hibiscus taco. It is always worthy of debate to ask if one should eat from the sea when dining in a landlocked destination. Adventure at your own risk, but three fabulous seafood spots are La Docena, Contramar and La Morena. Besides the oysters, order La Docena’s palmito dish; a stalk of palm where meat is served like bone marrow and tastes like nothing like the canned hearts of palms we are accustomed to. CDMX is a coffee city. There’s no shortage of almond and coconut milks, and matcha is everywhere. Passmar beans rock, and the Cafe Las Puertas Del Paraiso in San Miguel Chapultepec is a total charmer.

Because CDMX has embraced its evolution into an international city, the international food game is on point. Thai, Korean, Vietnamese and Japanese cuisine in particular are of note with favorites Thai-Viet Eatery and Mog. Middle Eastern food also has prominence in Mexico with sizeable Lebanese, Syrian, Jewish and Palestinian diasporas. 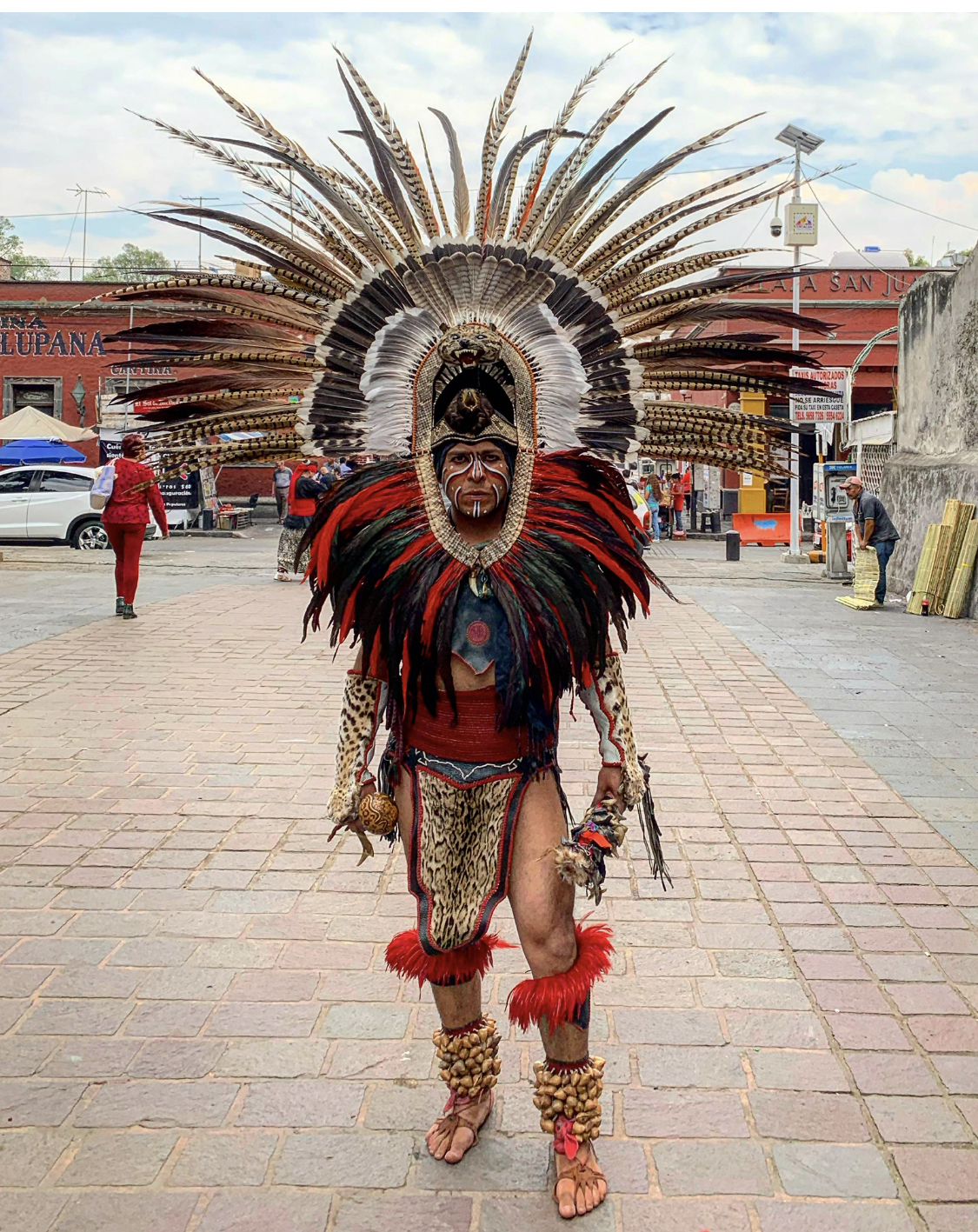 At a time when there are people proudly donning "Make America Great Again" hats and calling for the building of a divisive wall, Mexican pride is very much in fashion. And fashionable nationalism in CDMX doesn’t present as a polarizing threat. It’s a Si, se puede! (Yes, you can!) battle cry that the hipsican community relishes in, with self-caring self love. There’s JPEGMX: black hoodies and bomber jackets with the silhouette of the nation in a gold applique and KTARSIS: a trilogy of music worshipping tees  that drops each month. The current limited collection celebrates famed Mexican rock legends Caifanes and Cafe Tacuba with lyrics from their hits. Next month’s trio boasts Molotov, Control Machete, and Plastilina Mosh. The Control Machete tee features the lyrics "somos humanos y nos llaman mexicanos" (we are humans and they call us Mexicans) etched across the chest. The shop Ange Cano carries "Mexico Te Amo" (Mexico I Love You) shirts along with other primitively hand-sketched, pro-Mexico designs. 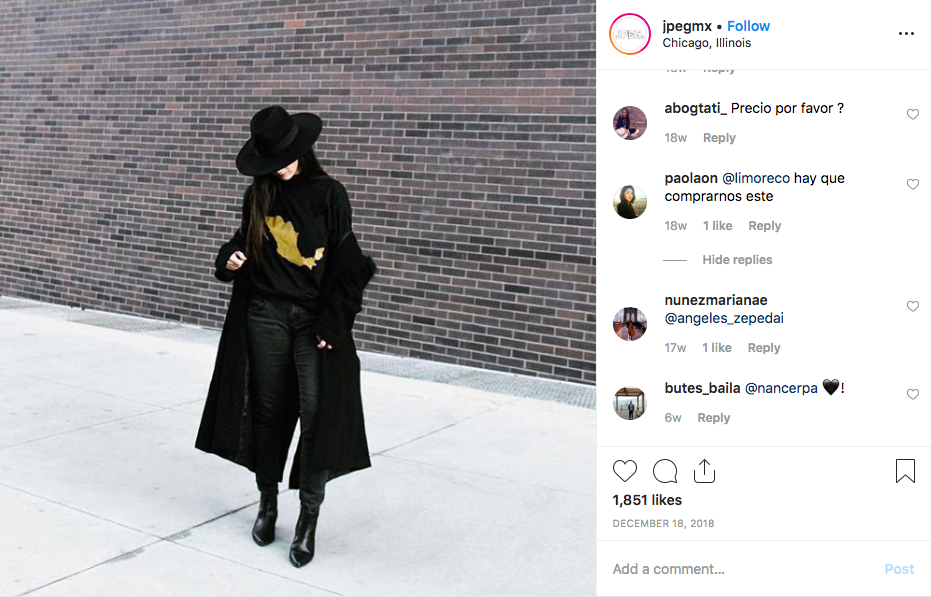 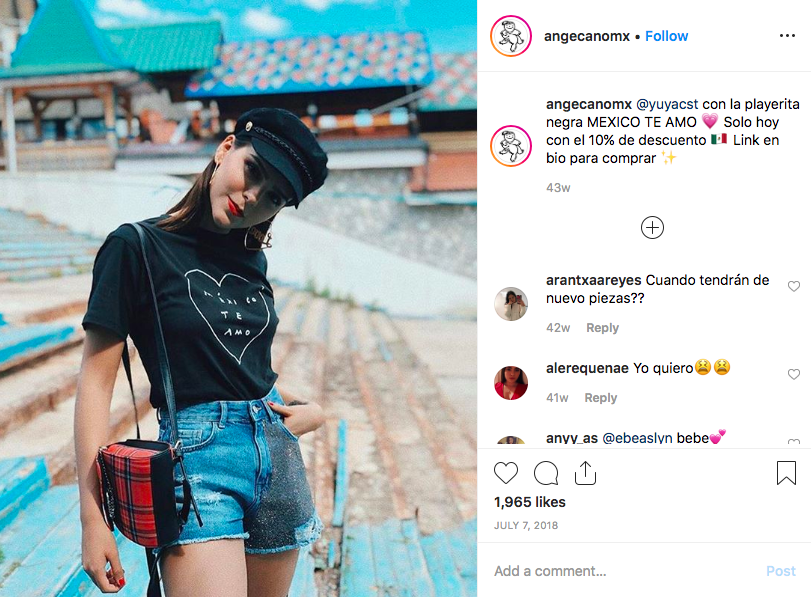 Whatever you do, do not ever compare the CDMX underground art scene to Berlin’s. This rebuff came from local global artist and activist, Bruno Ruiz who purchased an old school periodicals kiosk along a busy boulevard that features a revolving mural and sells the zine art of his and his fellow creative friends. The art scene in CDMX is much more than Frida Kahlo and Diego Rivera. Zona Maco, is one of the biggest, most elite art fairs in Central and South America and has been an annual global event since 2002. The newer Material Art Fair is in its sixth year, and here, New Yorkers will recognize many SoHo and LES gallerists. Salon Acme is the youngest and hippest of the three, with its cocktail of art, parties and festivals. But for those vying for art and culture on the daily, there are magnificent museums and galleries galore. Besides the aforementioned Kurimanzutto and all of the Luis Barragon spaces, must-sees include Museo Anahuacalli, Labor Gallery and Masa Galeria. 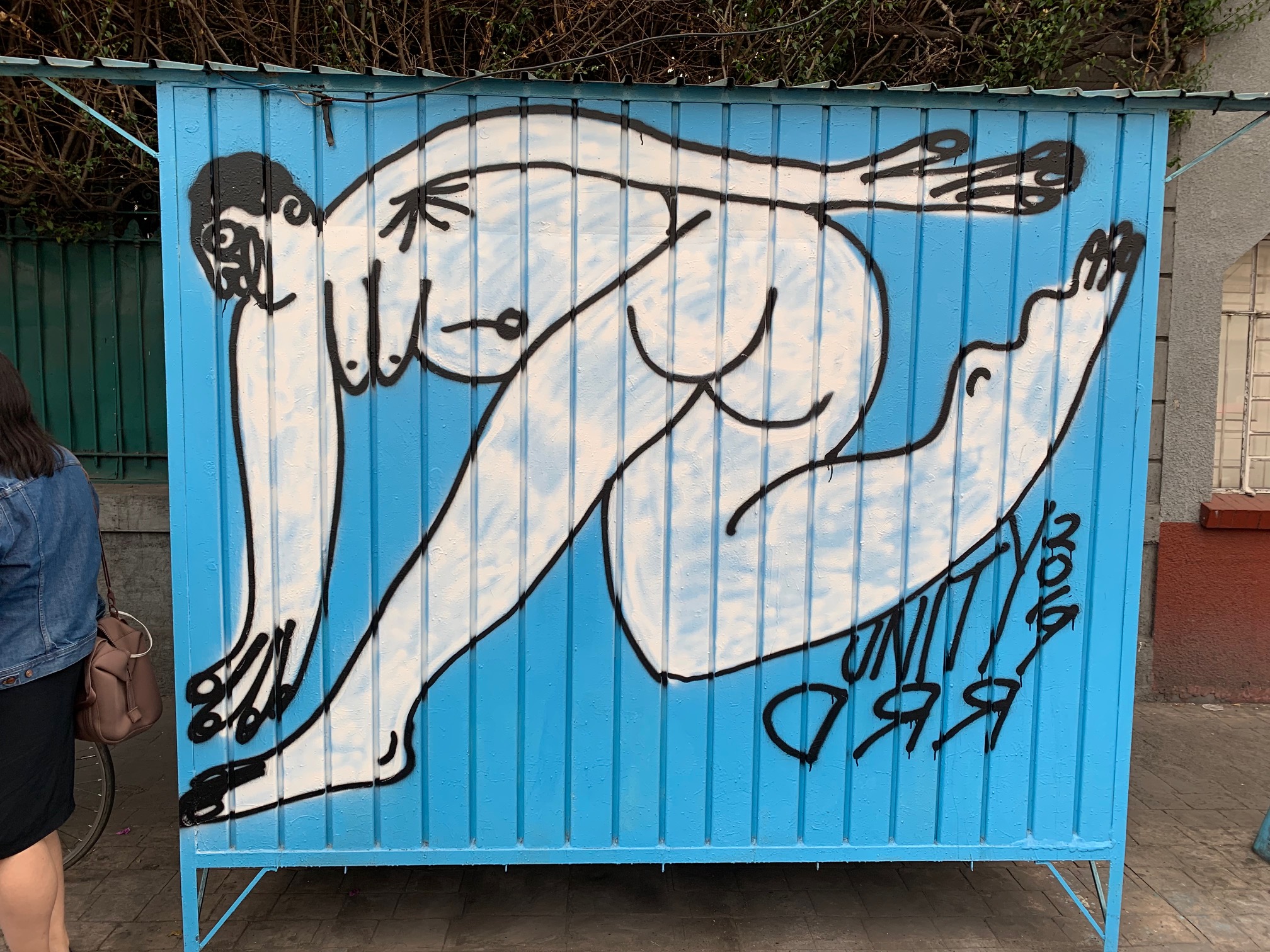 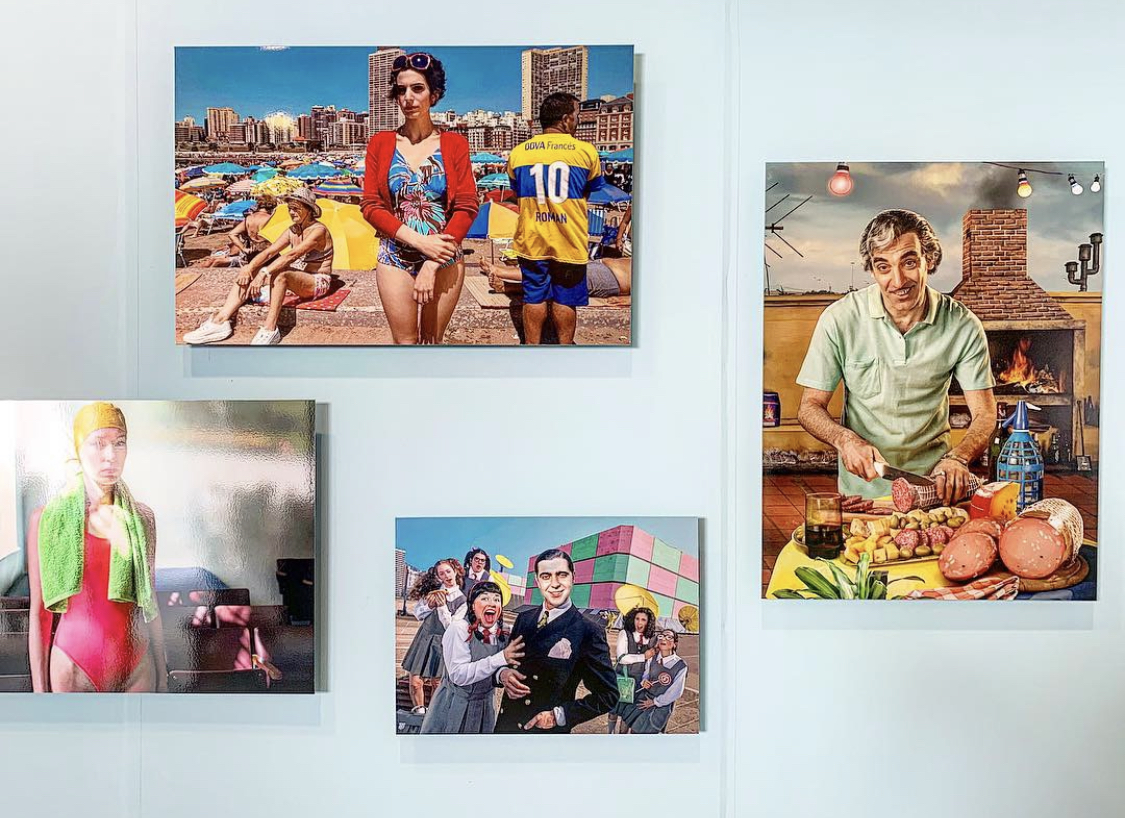 With a plethora of popular CDMX city guides available on sites like Conde Nast Traveler, you’ll already know the world-famous museums not to miss for both their exhibits inside and also their far-out exteriors are Soumaya and the Anthropology Museum.

So many places to see and so many low-cost Ubers to take! (Think: $2.50 to go most anywhere, and the airport topping at $10.) Better than having a driver though, is seeing CDMX by bike. There are several bike share outfits in Mexico City making the city as crazy to cycle in as NYC, but a bit more bike -friendly. The best is EcoBici. Download the app and register at one of the countless depots around the city. EcoBici is perfect for going short distances and onward to Coyoacan, Xochimilco, and near the Saturday San Angel market. I love the little Mercado El 100 in Roma on Sundays for people watching, coffee, breakfast, and fresh organic fruits and veggies. CDMX is growing greener and more sustainable and Roma Verde is at the epicenter of such earthly good. Just an hour plus outside of the city, visitors can hike the pyramids in Teotihuacan and Tepotzlan, or further to explore the monarch butterfly reserve. Local buses are easy and clean — an adventure worth trying over an organized tour.

Three months living in Mexico, and my list can absolutely go on. (I did not even mention lucha libra, the music scene, or all the cute dogs walking around off leash). But, here's one thing not to be forgotten: Mexico is magic thanks in part to the warmth and kindness of all those bad hombres and mujeres. 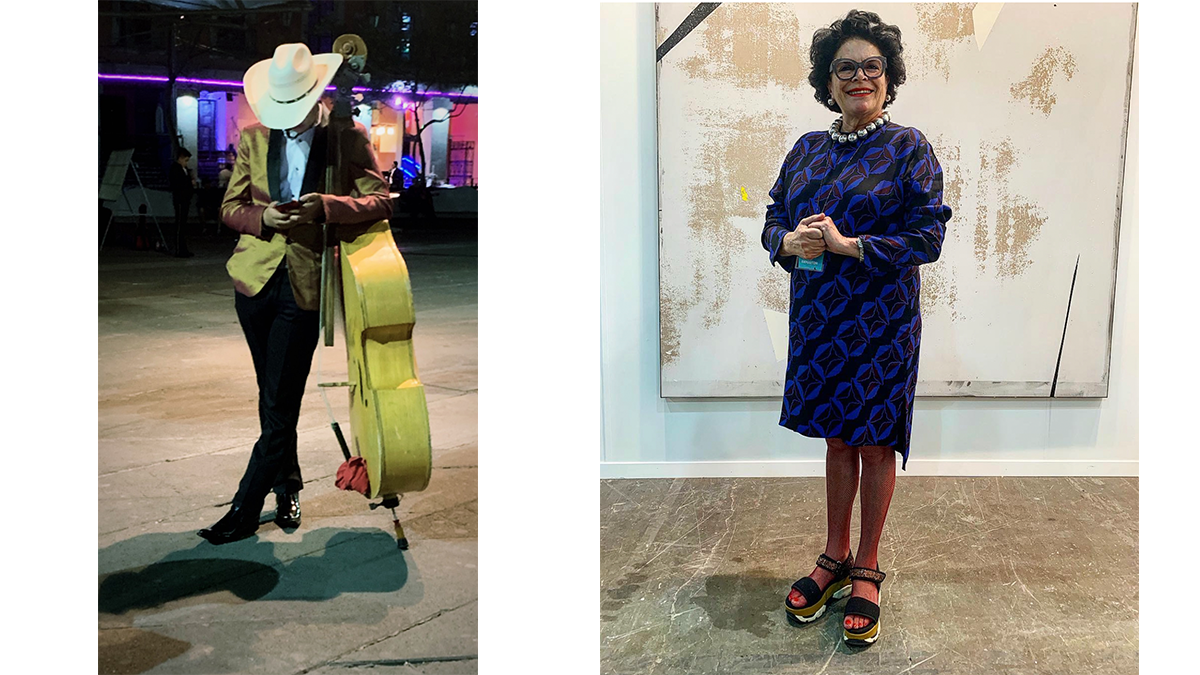