Exploring The Truth (And More) In Montgomery, Alabama 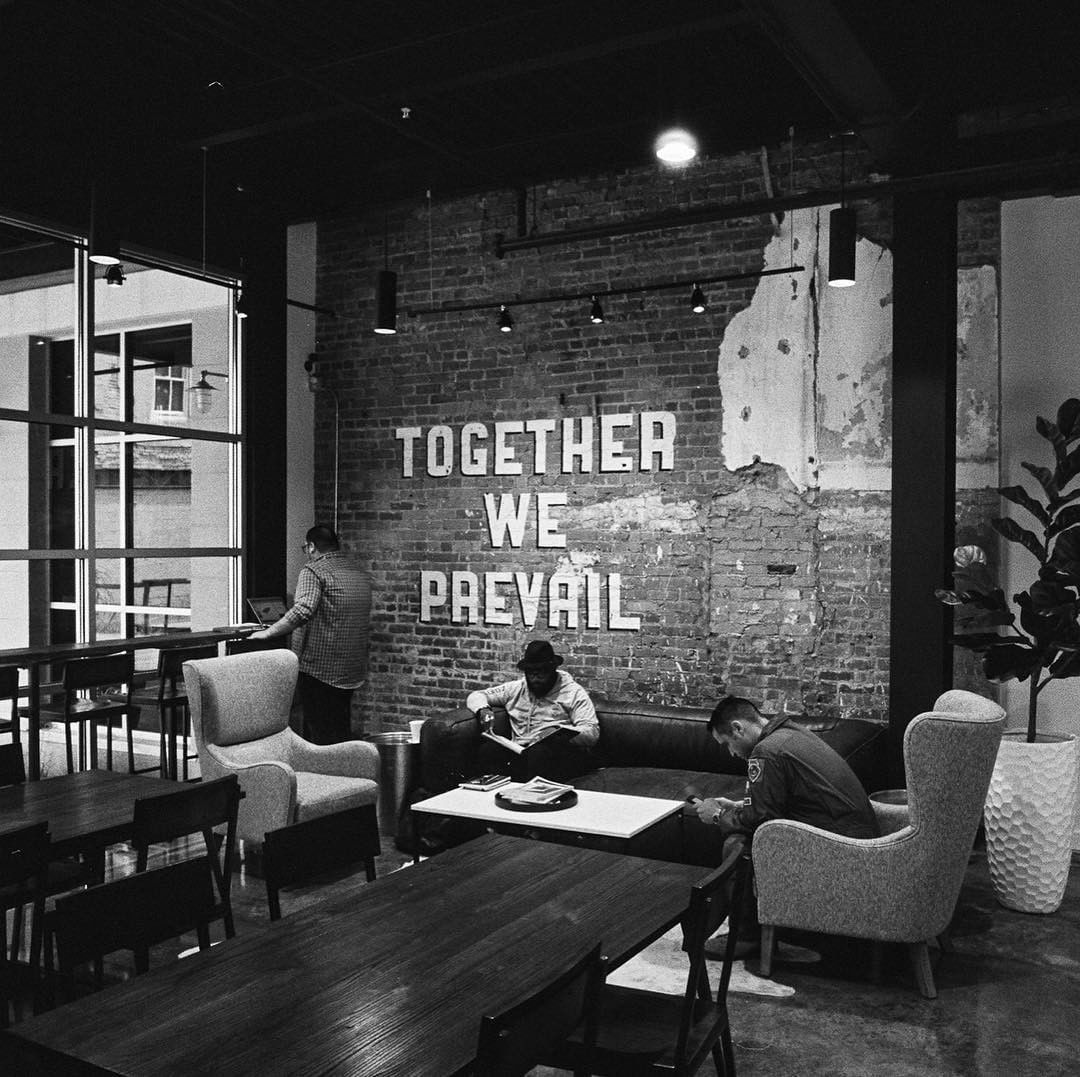 Montgomery is a city of duality. The Birthplace of the Civil Rights Movement  is also the Cradle of the Confederacy. And the Cradle of the Confederacy is also the Birthplace of the Civil Rights Movement. The “Capital of the South” is rising in popularity, and appearing on many a bucket list. This is, in part, thanks to some exceptional Hollywood films, namely, of directors Ava DuVernay, (13th and Selma), and Destin Daniel Cretton (Just Mercy). It is also significantly due to the museum and memorial work developed by the Equal Justice Initiative, a nonprofit legal center led by the legendary civil rights activist and lawyer, Bryan Stevenson. His origin story comes to life in the aforementioned Just Mercy, depicted by Black Panther actor, Michael B. Jordan.

Montgomery’s more recent increase in tourism is also due to the progressive moves of social justice. Momentum and support for criminal justice and human rights issues play out daily online, and promoting equal rights has become hip. Caring about those whose difficult life experiences differ dramatically from our own, is part of the internet's progressive zeitgeist, and responsible for a lot of mainstream compassion. And so today we might find that we unexpectedly share something in common with the likes of, well, Kim Kardashian.

To visit Montgomery, Alabama in 2020 is to take a trip dedicated to exploring truth. This is a city that stimulates the mind with incredible museums and memorials, nourishes the body with some exceptionally elevated southern culinary staples, and ultimately, stirs the soul with spaces that confront past and present racism.

There were three places where I felt a shift. The first, was at the Greek revival, Alabama Capitol Building, in revamped downtown Montgomery. It is where the first and only president of the Confederacy, Jefferson Davis, took the oath of office in 1861 and a statue of the guy stands out front. Davis’ legacy and the pristine architecture, however, were not at all what I was thinking about when standing beneath the portico. 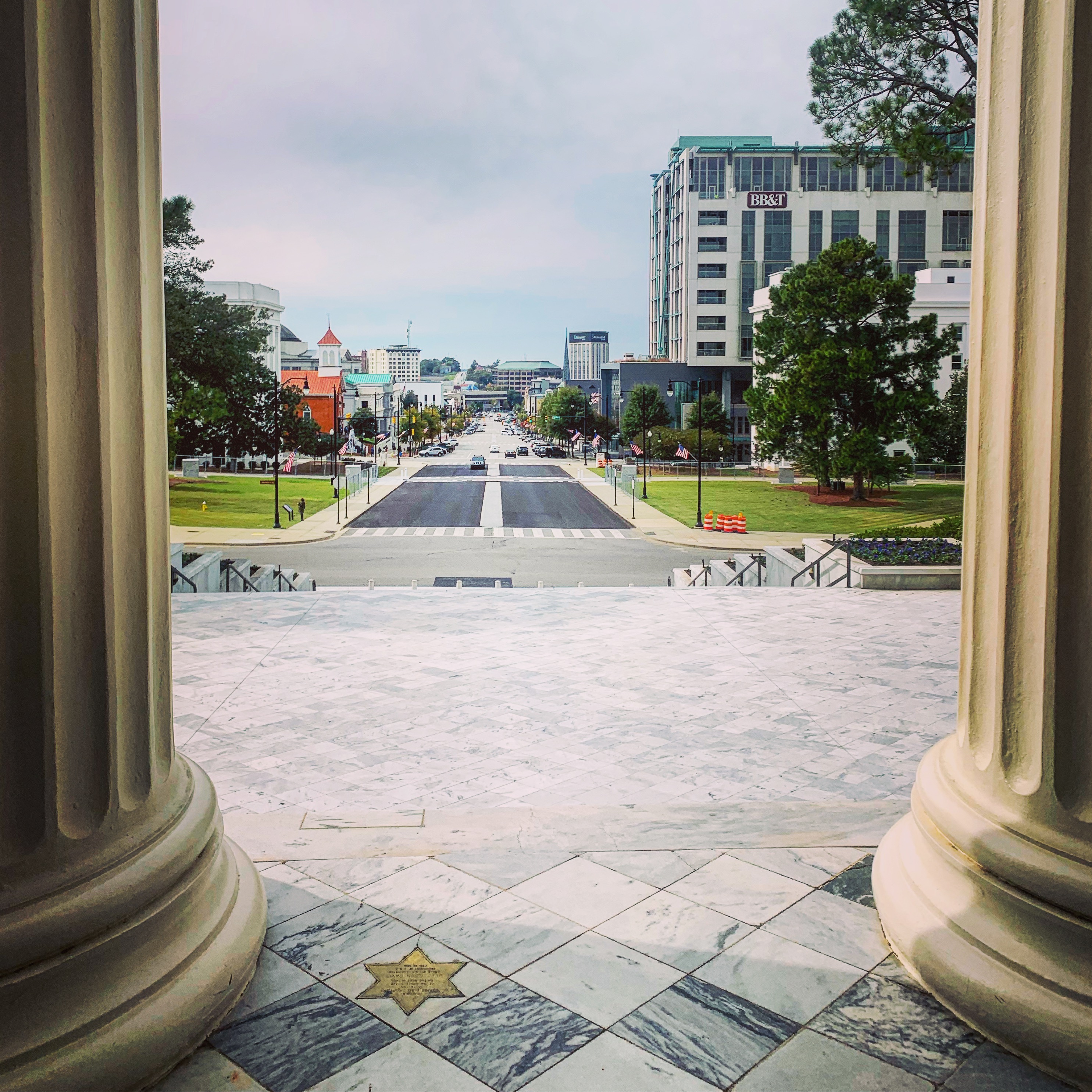 What warmed over me when walking down famed Dexter Avenue, away from the first White House of the Confederacy, and climbing those steps, was how glad I was that I watched Selma two days earlier. With the strong visual in my mind, I looked down the boulevard, and I thought of the pivotal scene where the actors playing Martin Luther King, Jr., Hosea Williams, and John Lewis, reenact what thousands of non-violent demonstrators across the country did when marching 54 miles over five days from Selma in the name of voting rights for all men and women. This is the Birthplace of the Civil Rights Movement. It is no longer the “Cradle of the Confederacy”.

The second place where truth profoundly affected me was at the incredible, soul-rattling, Legacy Museum at 115 Coosa Street. Rich with storytelling in the form of narratives, facts, interactive digital, audio, and hologrammed content, this holocaust museum for black Americans peels back the countless layers of inequalities, beginning with slavery and race terrorism, moving into criminal justice (and the lack of), through police violence and mass incarceration. 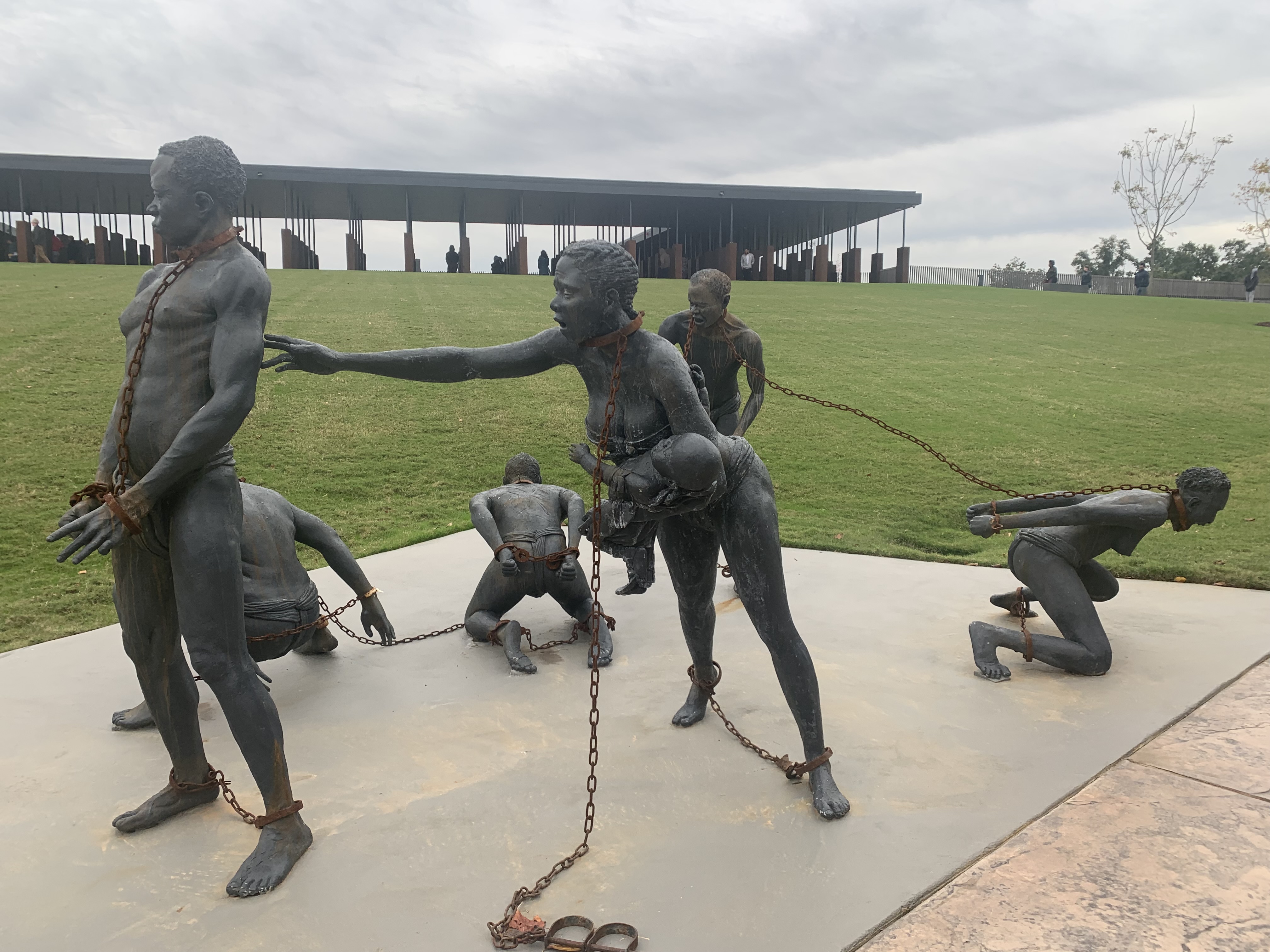 The third place where intense waves of truth came over me was at the lynching memorial. Officially known as the National Memorial for Peace and Justice, at 417 Caroline Street, it is America's first memorial to hold space for the more than 4,400 Black Americans murdered by white mobs between 1877 and 1950. Visitors are confronted by 800 oxidized hanging steel columns. These suspended pillars represent the 800 counties across the south and midwest where the terrorist tactic of lynching was allowed. There are another 800 rust-hued columns that lie flat like gravestones in a maze-like garden. The 4,400 names were long-researched and documented for visitors to linger with. And there are thousands of unknowns —children, women and men who are honored, but done so without named recognition. 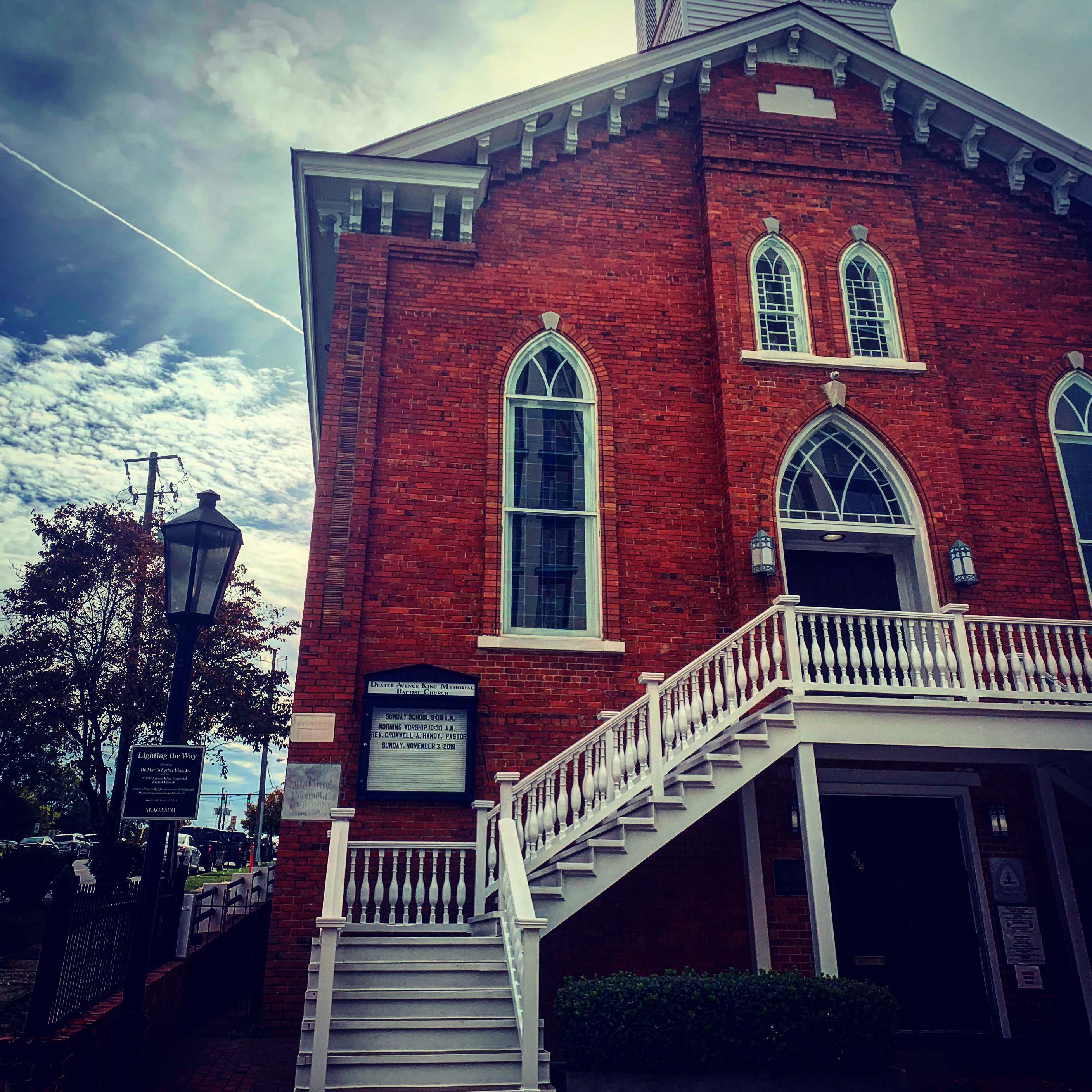 Walking distance from the Legacy Museum is a powerful companion exhibit at the Southern Poverty Law Center, at 400 Washington Avenue, dedicated to the survivors and victims of hate crimes. Outside is the powerful Civil Rights Memorial, designed by starchitect, Maya Lin. Nearby is the Rosa Parks Museum, at 252 Montgomery Street, the site of the bus stop where Parks famously boarded the public bus and was arrested. The Dexter Parsonage Museum, at 309 S Jackson Street, is where Dr. Martin Luther King lived, and the Dexter Avenue King Memorial Baptist Church, at 454 Dexter Avenue, is where he preached and planned. 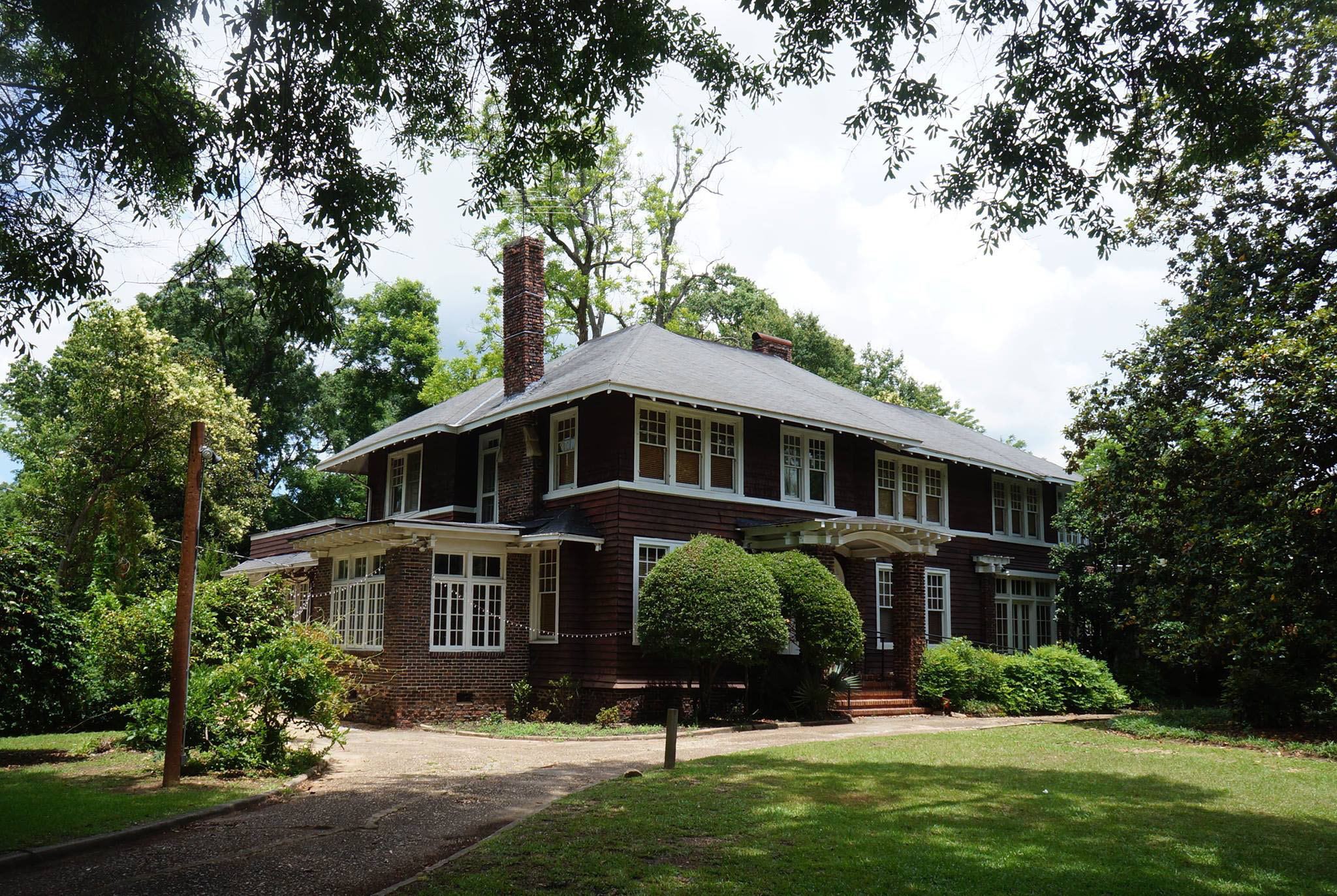 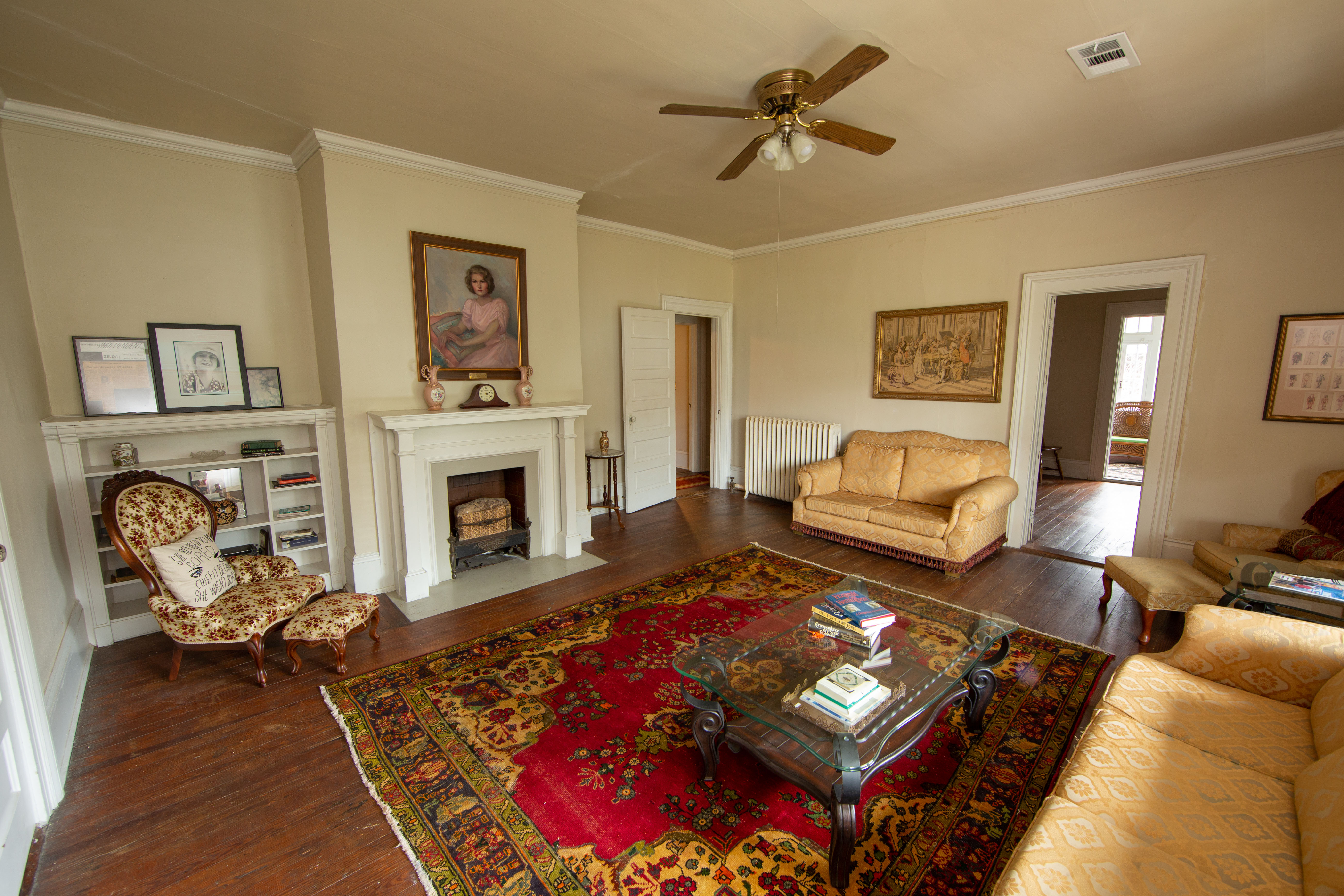 Hank Williams country music fans can visit his grave at the Oakwood Annex Cemetery, located at 1304 Upper Wetumpka Road. The F. Scott and Zelda Fitzgerald Museum at 919 Felder Avenue, is where the writers lived for a year, writing Save Me the Waltz and Tender is the Night in the historic home. It is also where I stayed.

There are two suites  ( The F. Scott Suite, The Zelda Suite) above the museum that are listed on AirBnB, authentically outfitted to the Fitzgerald’s tastes with charming details and accoutrements. If they are booked, Red Bluff Cottage Bed & Breakfast, at 551 Clay Street, located in historic Cottage Hill, has five thematic period rooms.

A good test for the lovability of a destination can be determined by its existence of third or fourth wave coffee. Find hip, craft, and sustainable everything at Everyday Montgomery, along with all the latest mylks.. For most visitors, the revamped cobblestoned downtown is the walkable epicenter of a weekend. Prevail Union Craft Coffee, at 39 Dexter Avenue, offers their signature Alabama Stinger and it ranked best in town by my palate. If you didn’t know Prevail existed and prefer a less pricey cup, you’d be perfectly happy with some joe from Vintage Café, at 416 Cloverdale, and you’d survive with a decent cuppa from Cafe Louisa, 503 Cloverdale.

Prevail is located within the renovated and historically preserved, Kress on Dexter, a mixed-use space with an art gallery and a community-led interactive podcast studio called Storybooth. Prevail is also where I got schooled by barista, Sarah, about the culinary use of pimento cheese in Alabama. Try Cahawba House’s southern biscuits, and don’t knock the spreadable combo of mayo, cheddar and peppers. Yum. 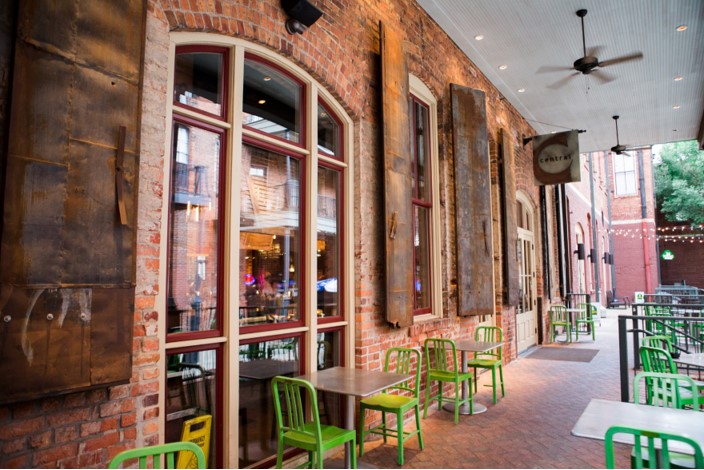 So yum, that, when perusing the menu at Mongtomery’s finest food establishment, Central, located at 129 Coosa Street, I was more than game to devour their oysters on the half shell with house pimento cheese and cajun conecuh sausage, which fabulously and undeniably tasted like pizza without the crust. 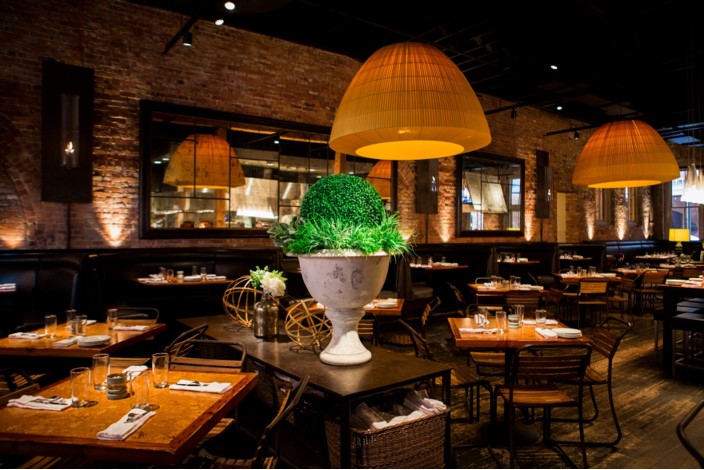 Central is that farm-to-table rustic experience that exists and dazzles in every town going through a hipster renaissance. It tops the list of the handful of articles written about Montgomery. Sarah from Prevail suggested I compare it to the chic dining and seasonal, artisanal menu at Vintage Year, at 405 Cloverdale. Located within a former midcentury bank, their baked oysters were topped with manchego cheese over pimento (and did not taste like pizza bites), and were also delicious. Carnivores will salivate for the venison Denver steak with sweet potato polenta, sauteed spinach and kale, and crispy parsnips —hitting all the Southern flavors without the greasy guilt. 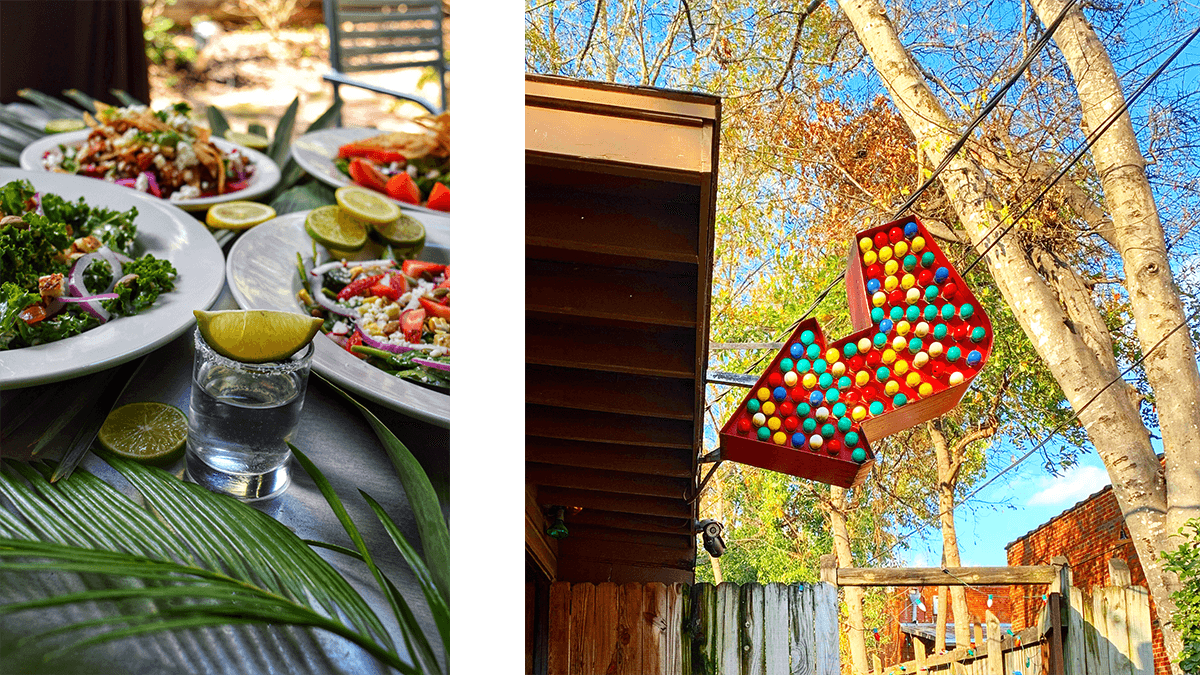 Of the half dozen Mexican joints in Montgomery, the best Mexican food (TexMex) locals swear by is El Rey Burrito Lounge, located at 1031 E Fairview Avenue. Follow your meal with a cocktail next door at Leroy Lounge, 2752 Boultier Street. There, the Licorice is garnished with a Twizzler, and the Maximize contains Highland Park Maximus, raisin scotch, Cardamaro, Benediktine, and bitters. Leroy also impresses with their wine list and a good selection of craft beers.

The longer you stay and the more you drink, the more random nuggets of history you discover Montgomery is connected to. The Wright Brothers, for example had a flight school nearby, so naturally, there is kitschy-hipster Aviator Bar, at 166 Commerce Street. 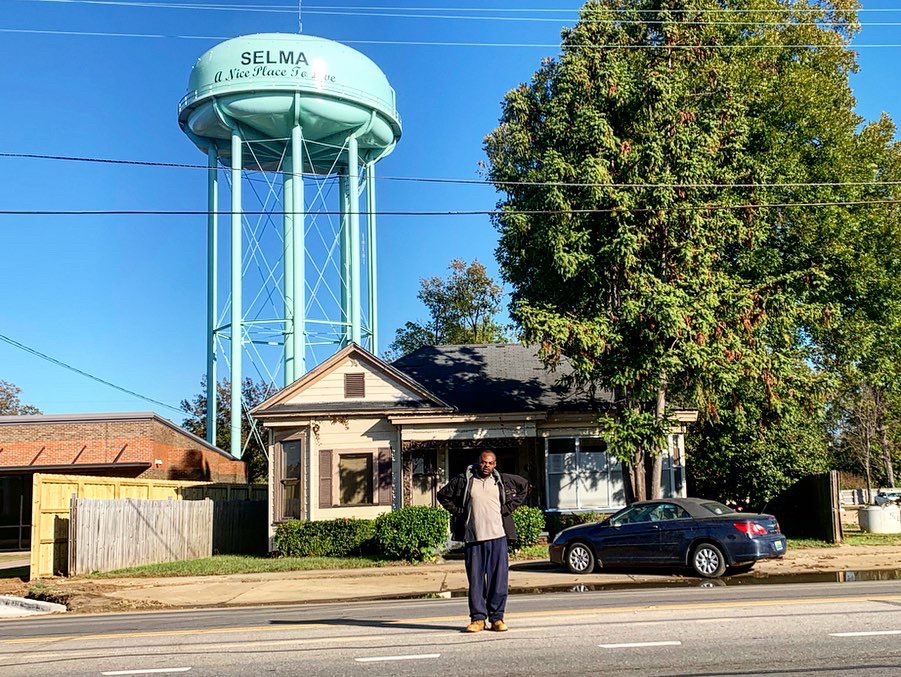 An Afternoon in Selma
To travel to Montgomery and not also make the hour drive to Selma is a missed opportunity. Take the local roads and queue the Selma soundtrack, Joan Baez, Harry Belafonte, or Peter, Paul & Mary as you drive by green pastures and fields of the thorny cotton plant. Your time in Selma can be as long or as short as you need, and I spent two hours there. Be sure to cross the Edmund Pettus Bridge by foot. Check out the Selma Interpretive Center located at the foot of the bridge on the Selma side. The other side of the bridge is where some elder “freelance” historians await to share their personal experiences, for a few bucks donation. Because Selma’s identity is its history, everyone has a story. And with next to no businesses, the best way to get to know Selma is to talk to the locals. 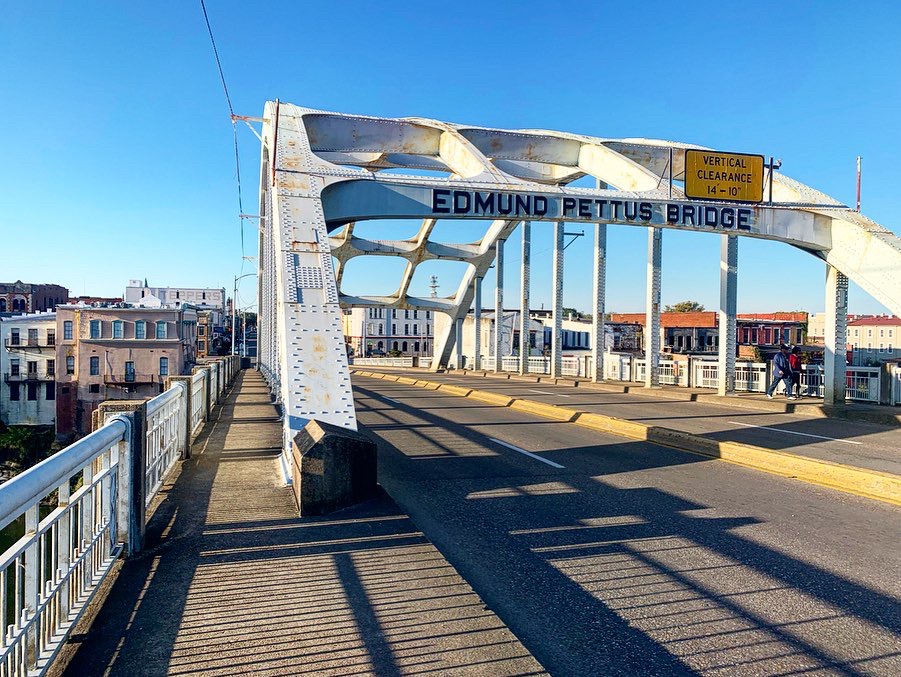 When returning to Montgomery, drive the National Historic Trail, aka the 1965 Voting Rights March, along Highway 80. It begins in Dallas County, continues into Lowndes County and Montgomery County, and ends back where we began, at the steps of the Alabama State Capitol. 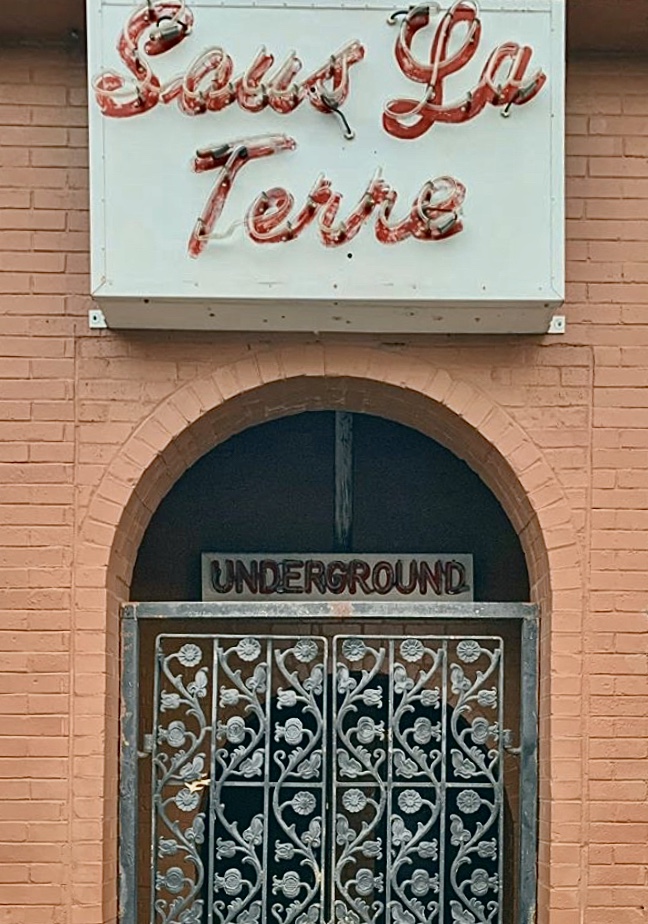 Live music in the south isn’t something to pass up. The roots of American music — from jazz, blues, rock, and hip hop— were born in much of the Black South. Sous La Terre, at 82 Commerce, is a below ground jazz club that grooves late into the night. Upstairs at La Salle Bleu Piano Bar, gets things started a little earlier at their super social U-shaped bar.

Sunday morning in Montgomery and the streets are empty: everyone is at church. Most tourists will go to King’s Dexter Avenue church, but for some truly soul-rattling gospel and lively sermon, slip into a pew at Pilgrim Rest Missionary Baptist Church, 1550 E Washington Street, with jubilant Pastor Ellis. His congregation is incredibly welcoming, and this Jewish girl felt the spirit of the community.

By noon when the service is over, head to iconic Waffle House. Like a Starbucks, where you can find three on a single block, you can’t travel far without seeing the signature Scrabble-like letters, and there are six of them in Montgomery,  One of the cheaper meals in Alabama, order everything, and repent later.