Getting Into Character With The Handmaid's Tale's Genevieve Angelson 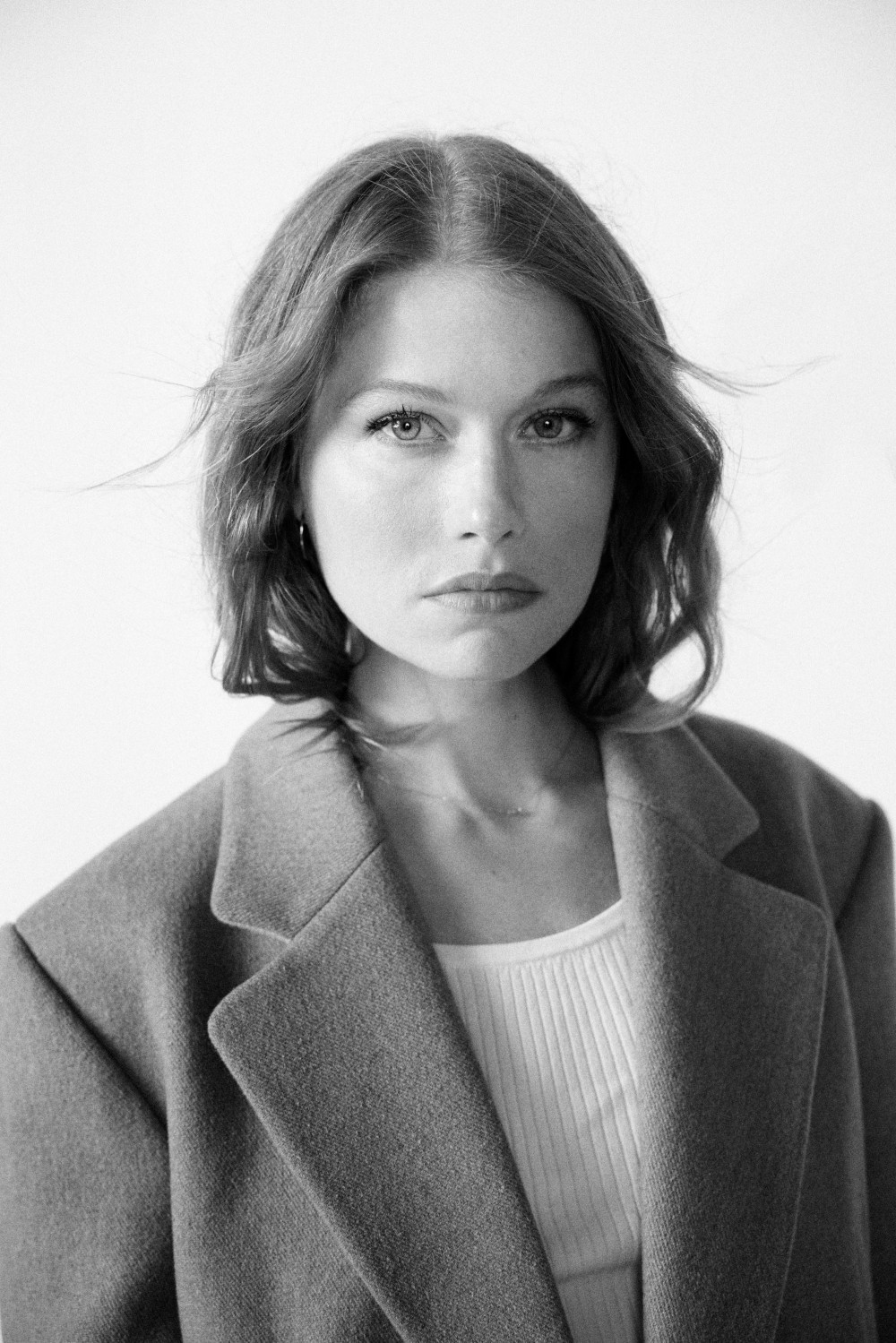 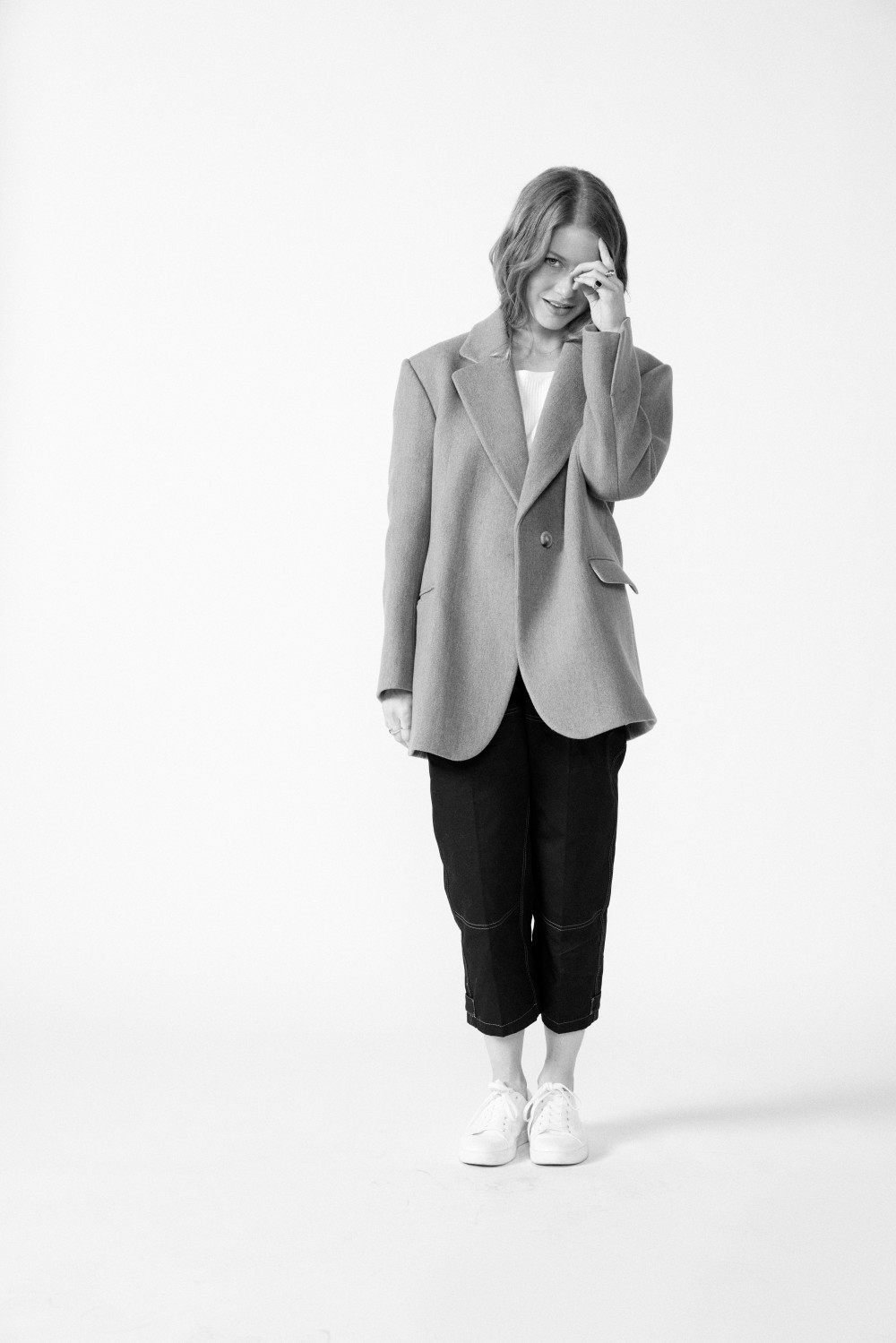 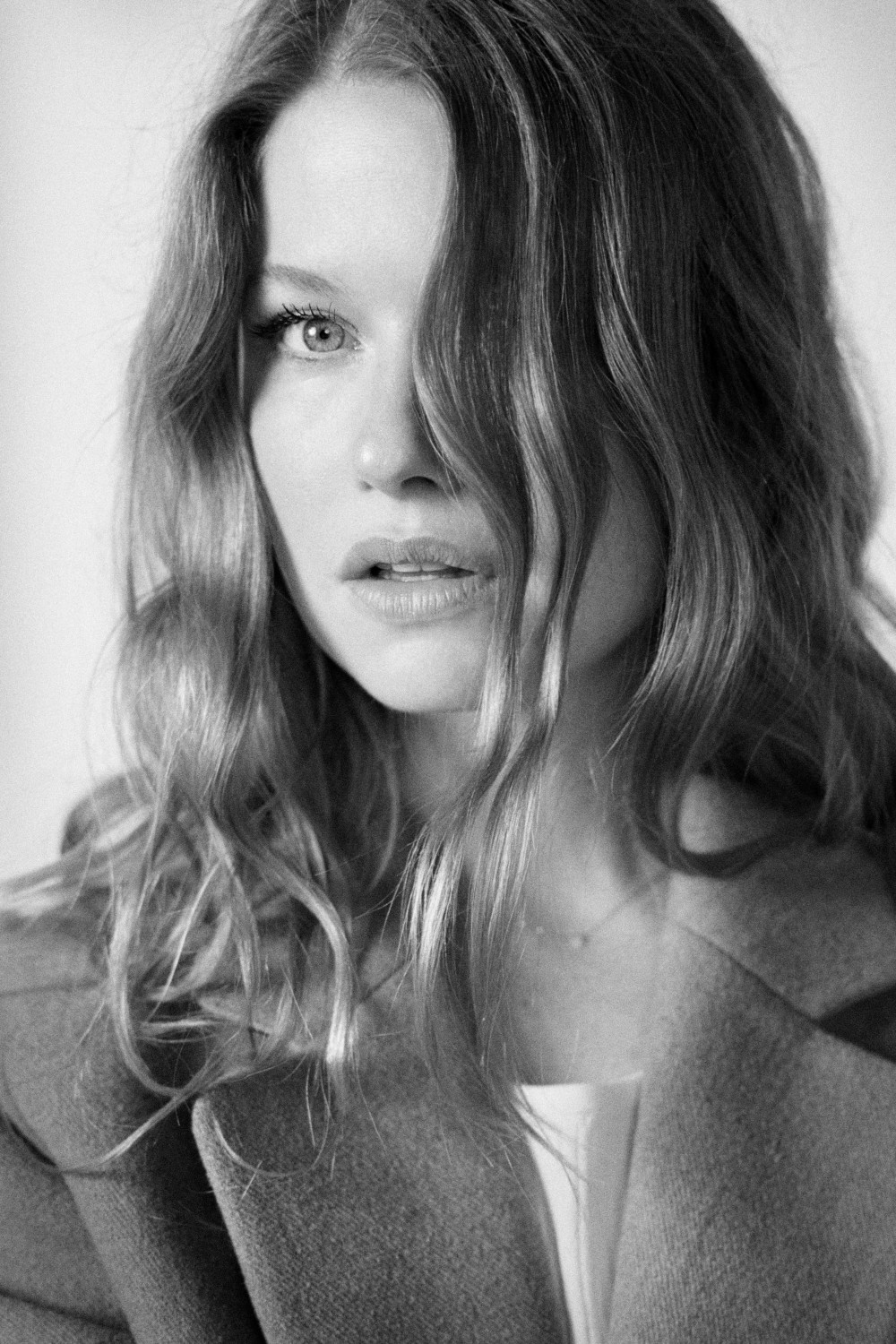 Genevieve Angelson captivates ﻿across film, television, and theater, in, quite frankly, all we want to watch. The actress had been best known for her role as Patti Robinson in Amazon's 2016 series Good Girls Revolt, the series that followed a group of women at a 1960's magazine who pushed back against gender boundaries, inspired by the book by Lynn Povich. Genevieve has appeared in a number of notables, including Tony Award-winning play, Vanya and Sonia and Masha and Spike, with David Hyde Pierce, from whom she "learned an enormous amount", and was in awe of the truth-telling quality of his work. Most recently, she was part of the powerhouse ensemble cast of Apple TV+'s comedy-mystery, The Afterparty, in her role as Indigo, a character she tells us she retooled to be less hippy, and more "ghost of Elaine Stritch", an "extremely strange clown of my own creation'. There was her appearance as Jenny opposite Bryan Cranston and Kevin Hart in the film The Upside, an eight-episode stint on NBC's much-loved medical drama, New Amsterdam, and her poignantly retro role as Sally on This Is Us. Her role as Ruth, struggling sister to Anna Paquin's own tortured lead character in Amazon's two-season series, Flack, was thoughtfully played, adding the much-needed intricacy and depth that gave the show it's well-rounded narrative. Known for bringing an inimitable brand of intelligence to her work, ahead for Angelson is the just-wrapped, "very sweet, romantic comedy", Which Brings Me To You, starring Lucy Hale and Nat Wolff, where she had her first experience working with an intimacy coordinator because of her character's "very sexual presence" in the film. Chic and cleverly restyled, Genevieve wore a signature green jacket obtained from The Handmaid's Tale's  brilliant costume department when we sat down with the New York City native to discuss her stand-out role as Alanis Wheeler in season five of Hulu's consistently acclaimed and voraciously viewed series. We discussed on-set vibes, time in Toronto, Alanis' look, the show's big themes, and more.﻿

First, we must discuss this jacket. This is actually a jacket from the show. This was one of my costumes. I was like, 'Yo, can I buy this?!' The show's costume designer is Leslie Kavanagh, and I can, quite accurately, thank her for so much of the inspiration behind who I played, because she was the person who came at me with, 'Here's the thing about Mrs. Wheeler, because she lives in Toronto, and it's not actually Gilead, she's a little bit fabulous.' I just kind of took that, and thought, that's for me.  I'm going to really espouse all of these Gileadian social structures, but the clothes, the clothes I'm gonna have! Alanis keeps what she likes, and leaves the rest.

How was the role of Alanis Wheeler explained to you? That's a great question and one with an evolution. I think the creators are smart enough that they never would have let me fall into this, but the trap is to play her as the villain. The trap is to play her as the baddie, right? 'Serena, you're in trouble.' I didn't want to do that. I think that, effectively, what it is that happened, is that I went in with, in Alanis' movie, she's the hero, she has really good reasons for doing what she's doing. I'm going to play her with as much heartbreak as I can for the position that she's putting this woman in, and with as much conviction as I can for trying to do the right thing. In that way, I chose to play a human being and not a two-dimensional bad guy. She wasn't explained to me at all in the beginning. I got a call from my agent, he told me there is a part available on Handmaid's Tale, and that she is an acolyte. And I was like, 'What now? I don't even know what that word means.' Because the show is such a revered institution, things are incredibly buttoned up and nobody can know anything. There are so many NDA's, and so much secrecy.  My agent told me, they're interested in you, and they just want to see you do this prayer. The prayer was what my character says when she first meets Serena, when she shows up at her house, in the last scene of episode four. I knew absolutely nothing about the context of the scene, so I just made a choice. I made a little tape and I sent it to them. And I got the job. Thankfully, I'm at a point in my career where I don't have to take everything just because it's handed to me. I want to  know that if I do this, I can actually do a good job. So I said to them, you're going to have to like give me a little more to go on. I got on the phone with [creator-writer] Bruce Miller who was so, so, so generous. We talked for a long time about everything they had planned for her and her arc over the course of the season. And that's when I was able to come to, 'I can totally do this'.

What's it like being a part of season five of The Handmaid's Tale? This highly watched, award-winning series with a huge message. What was something that you hadn't experienced before, stepping into the production, the cast, the crew? The vibe is rad, mostly because people are making a really, really, really somber show. So when someone yells 'Cut!', it becomes fun, stupid, bratty, relaxed. That's something I had never experienced. When you join something like the Handmaid's Tale in season five, you don't want to come in with a bunch of new ideas. You sniff around, figure out exactly how you're going to fit in seamlessly. Not to belittle my contribution as an artist, but, you figure out how you're going to add your instrument to the orchestra, not how you're going to rewrite the music. Also, on Handmaid's, there is time afforded to making the project. The makeup department gets time. The camera department gets time. You might only shoot two to four pages in a day, but it has to be what it has to be, because of, quite literally, the awards. Normally, I have to say, things like hair and makeup are really rushed through. They're not given the equal respect of the Director of Photography, for example. On this show, it's like, 'This could be responsible for one of our Emmys, so we're going to give it the time that is needed'. I spent hours and hours and hours in costume fittings with Leslie, the Costume Designer, who's really a genius. Also, listen, getting directed by Brad Whitford? That's a Handmaid's Tale original. That was really fun.

The characters of Handmaid's are otherworldly, yet familiar. What familiar characteristics did you decide to bring to Alanis Wheeler? I honestly don't know a lot of her type of woman personally, so I was trying not to do a 'received notion' of what it means to be a modern, suburban, conservative, white woman. But I would say there was a sprinkle of that mixed in, along with an entitled 'correctness' in Alanis' point of view, and an 'I know best'.

Alanis Wheeler straddles two worlds. How do you describe her place in the world? In the fifth season of this show, people can sometimes lose touch with the founding premise, which is that there is an apocalyptic threat to human fertility. That is the generating purpose of all of the extremity of a place like Gilead. The point of view that I really adopted was that there is one place in the world where we have seen a solution. Does Alanis believe in women's rights on a good day? Maybe, but we're not having a good day. We need to do what it takes to keep women alive so that they can even have rights to have. And what she has seen is that the social structures adopted by this society, appear to work. Does she think that it's absolutely necessary that they all wear those dreadful conservative clothes? I don't know about that. She still gets to have a statement belt! [laughs].  Alanis is living in Toronto, not in Gilead, She can kind of pick and choose.

Are we seeing Alanis manipulate Serena slowly and gradually as part of a well thought out plan, or has she behaved spontaneously in response to Serena's arrival? I think a lot of people assume that Alanis sees Serena and  immediately thinks she's going to steal her baby. That's just not interesting to me as an actor. I think the most interesting choices we make are the most innocent ones. If I end up at point B, I need point A to be as far away from that as possible. When Serena shows up, Alanis is genuinely meeting a modern saint whom she is delighted to protect, take care of, provide for, soothe, nurture, honor, and introduce. It's only when Serena starts making these decisions that Alainis sees, decisions that are wildly disappointing from the person she thought she was to the person she is, that Alanis' point of view changes and she starts to feel genuine anger about betraying her own mission by not walking the walk. I tried to, as an actor, make all of those decisions on screen, in scenes, in the script, in the moment---so that  Alanis doesn't know so much, so that it's all kind of revealed gradually, taking her by surprise.

How would you put Alanis' stance on female fertility into words? Desperately endangered, requiring of the deepest protection. Essential. Essential to survival; worth protecting and nourishing no matter the cost, because without it, we are done for. I could not play a villain. I had to assume a point of view that I could fully stand behind with extremity, one that would justify her actions. Otherwise I'm just making up being a bad guy. That's not a human being, you know?

How do you think Handmaid's Tale shines a light on current women's struggles with fertility, stigmas around fertility, supposed societal norms, and what is supposedly not normal, around fertility? This is such a valid question. And the truth is, I don't know. I really feel like county to county, across the country, we live in a completely different world. I know people for whom it feels scary to be a stay at home mom. It feels somehow like they're failing or bad or, or not supported. Then, two of my closest friends have undergone IVF by use of donor eggs and a surrogate, in their late 40's. We are all coming at this differently. So in terms of national trends, it's difficult for me to speak to, except to say that we all deserve the right to do this differently and personally.

How do you think the series' interpretation of Margaret Atwood's book is addressing the issues we're facing as a society today? Oh, God. I really don't know how to answer that because I think the show is wildly popular amongst conservatives. Sometimes I think, 'Gross. Am I feeding the problem?' I don't know how to answer that one. It's certainly not created by people who would like to perpetuate problems having to do with women's rights, but I don't know that it's not getting eaten up by people who do.