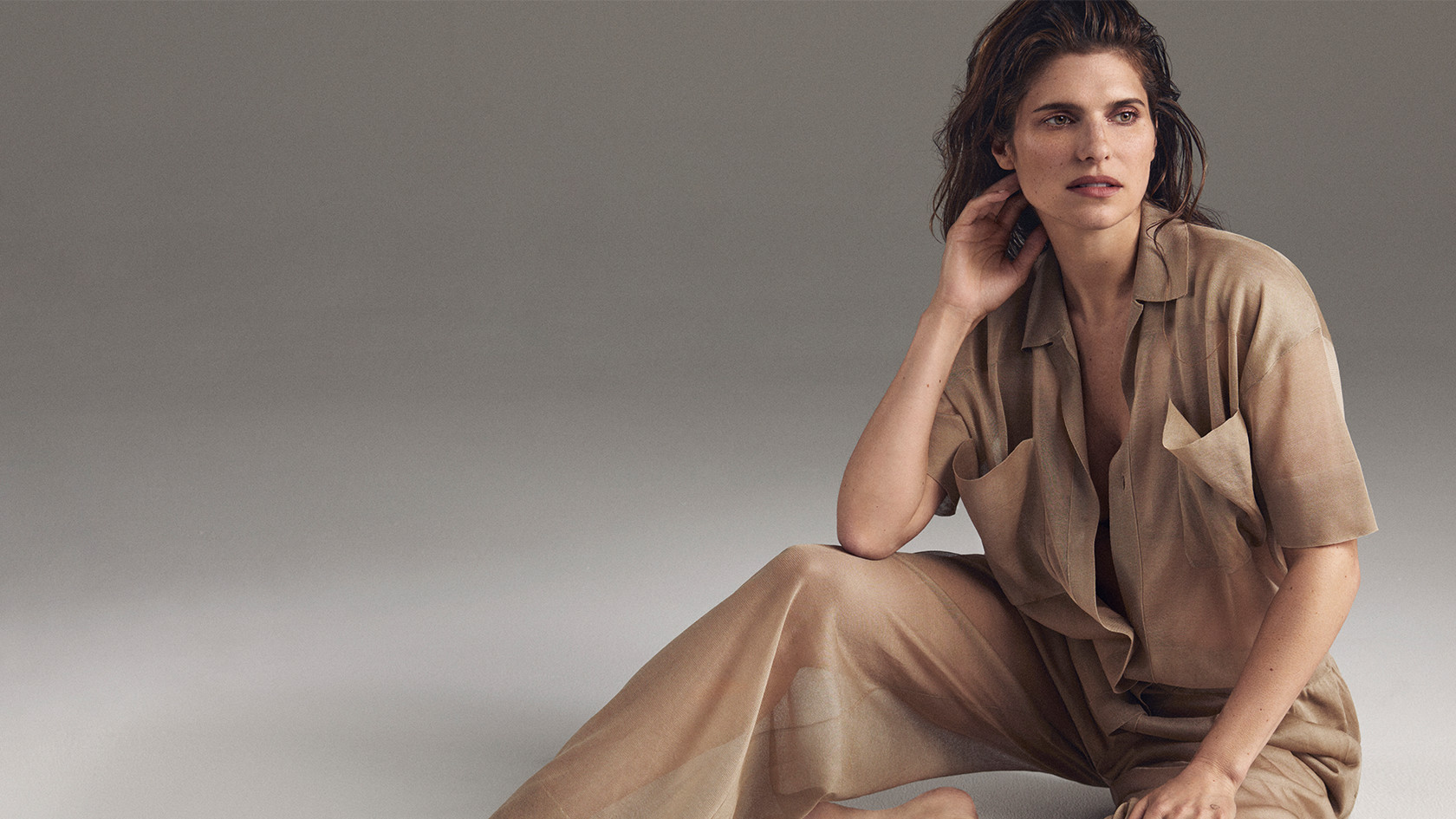 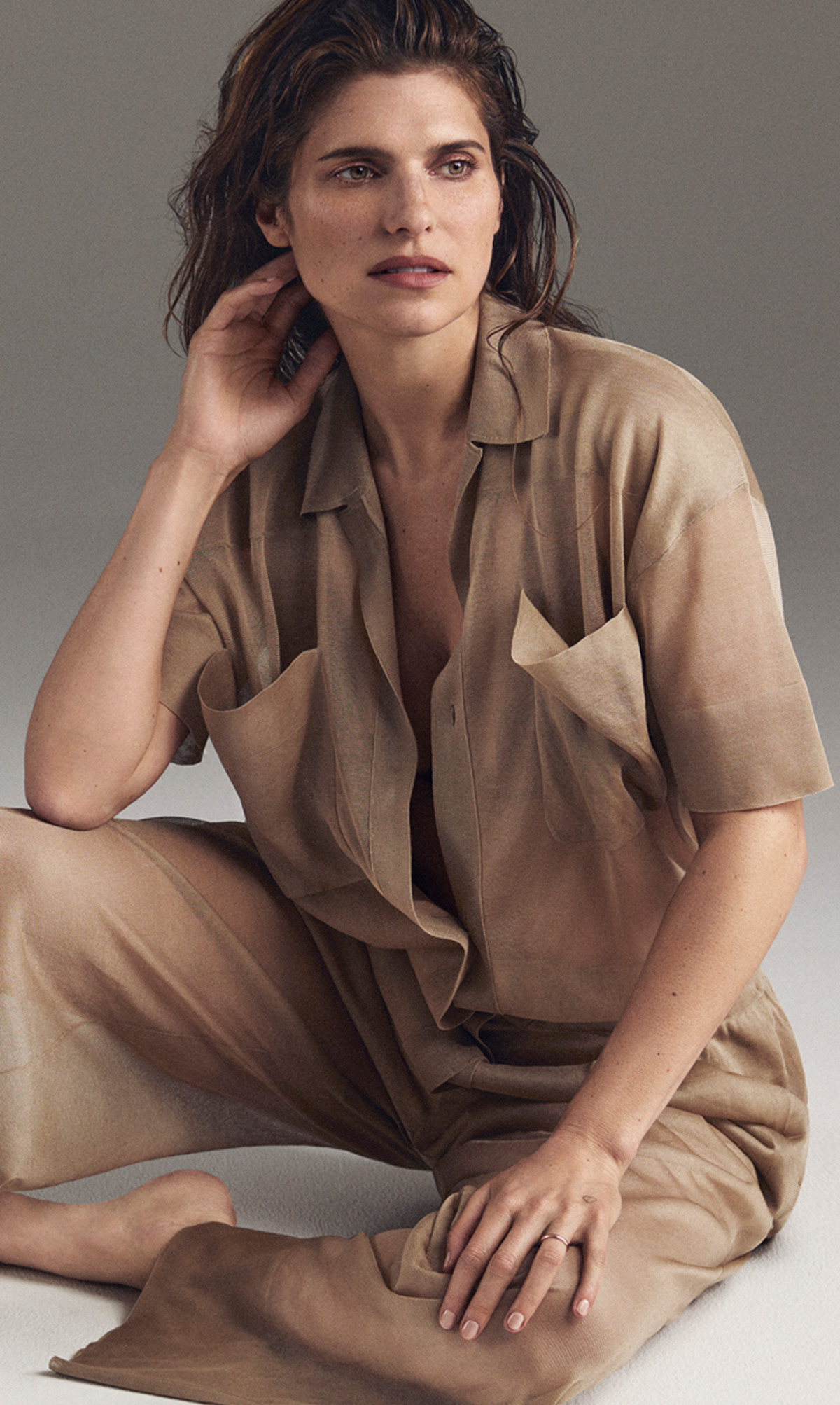 Upon The Launch Of Her New TV Comedy, Lake Bell Reflects On Being A Boss Lady, Connecting With Nature, And The Importance Of Being Earnest

Near the beginning of “Bless This Mess,” Lake Bell’s new ABC sitcom, Bell’s character, Rio, and her husband are standing in a ramshackle farm house in Nebraska they’ve just inherited. The floor the couple are standing on collapses beneath them, and they’re plunged to the basement.

"The floor falling in is a metaphor for the first year of marriage," Bell says. The protagonist Rio, an anxious clinical therapist, and her new husband Mike (Dax Shepard), a laid-off music writer with an open heart, abandon their chaotic, not fully satisfying lives in New York City for a fresh start as farmers in the Midwest. But they discover the old farmhouse they’ve romanticized picking up and moving to is in need of significant repair. Bell, the co-creator, executive producer, co-writer, and star of the single-camera comedy, also directed the pilot, a piece she’s proud of aesthetically. “There are times not everything is perfectly lit. It’s not as crispy as other sitcoms, and that’s a stylistic choice I hope to maintain,” she says. “Marriage isn’t crispy. It’s dusty, rough around the edges. You have this ideal of what it’s supposed to be, but the reality is staunchly different. You might fall through the floor sometimes. But you don’t sell the house, you just fix the floor.” 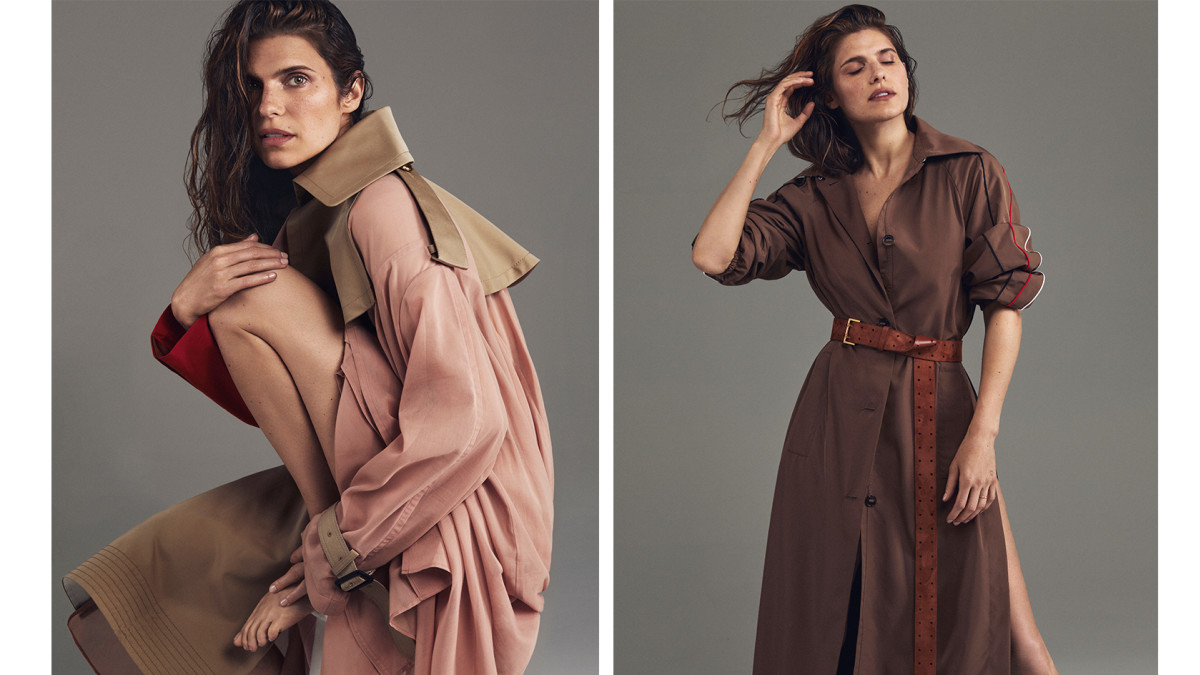 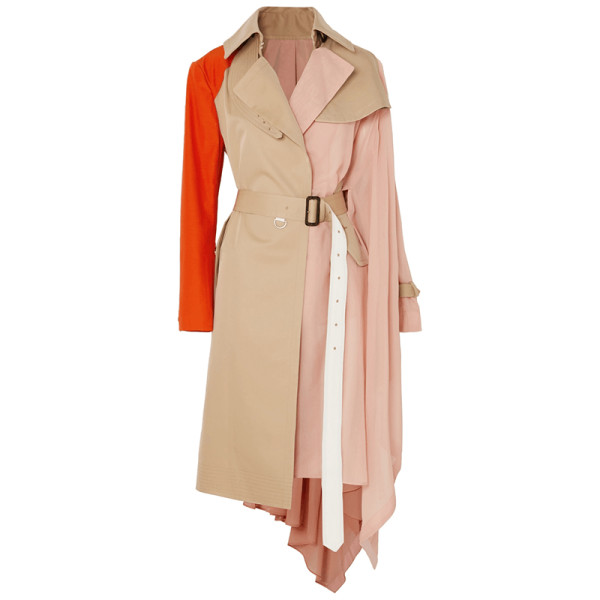 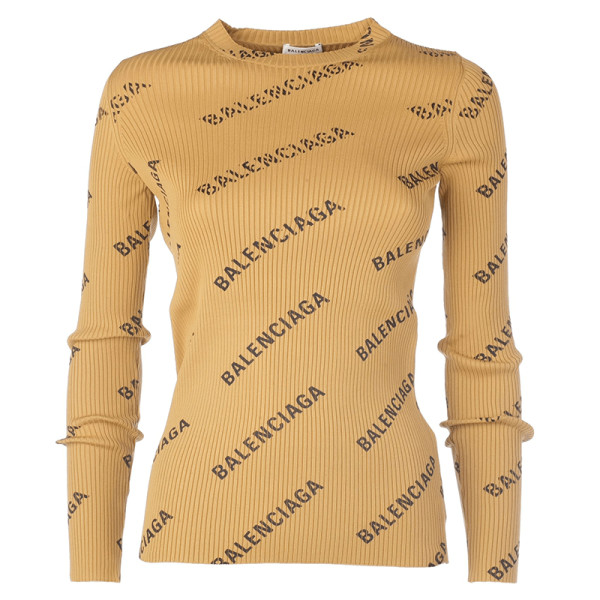 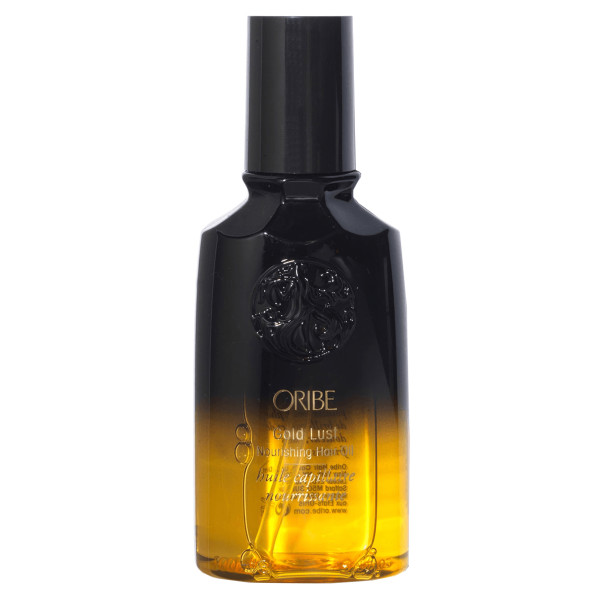 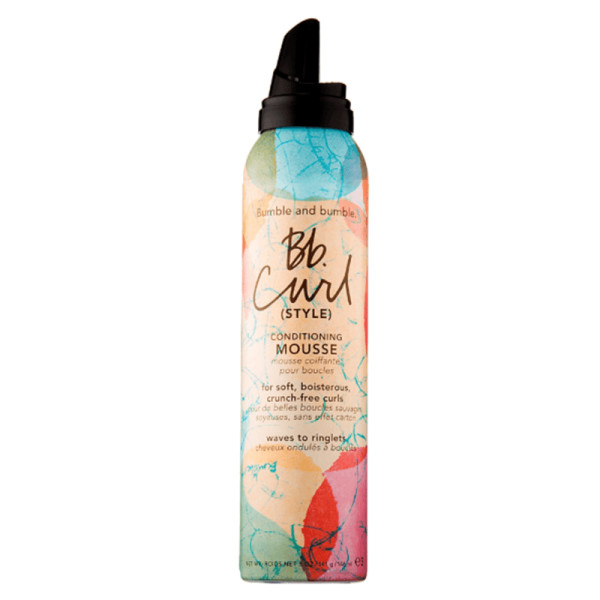 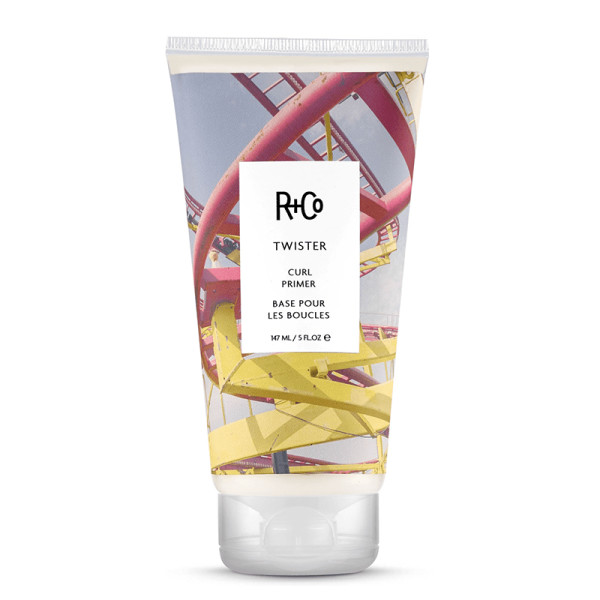 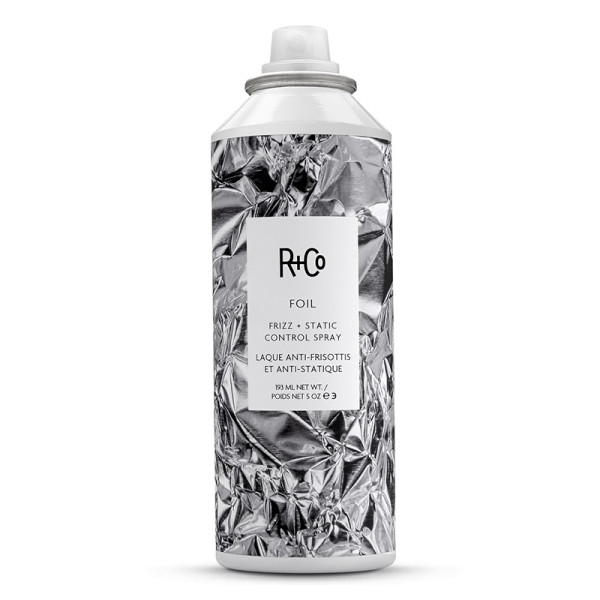 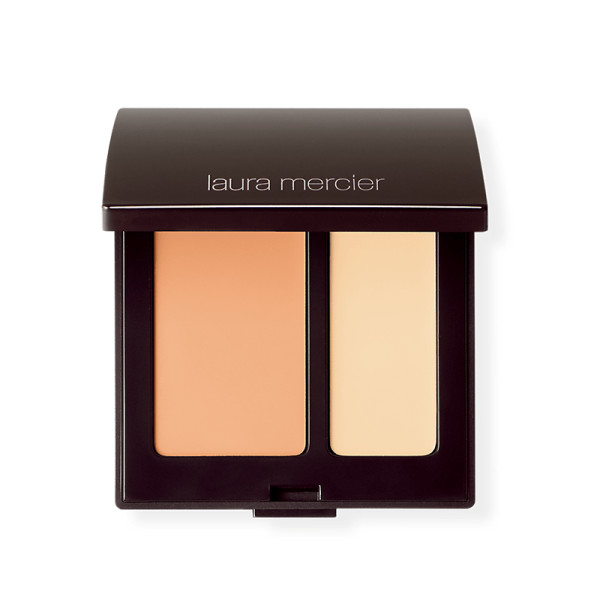 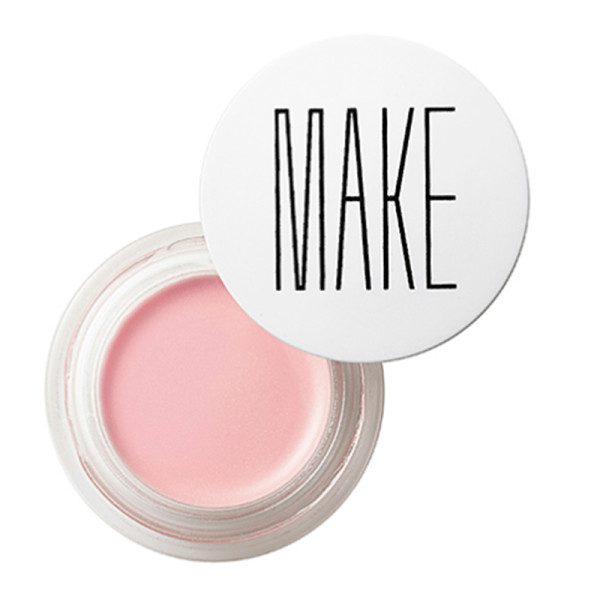 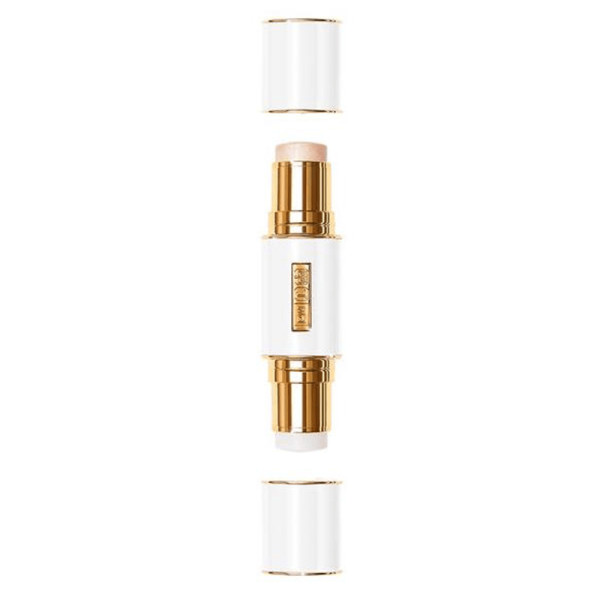 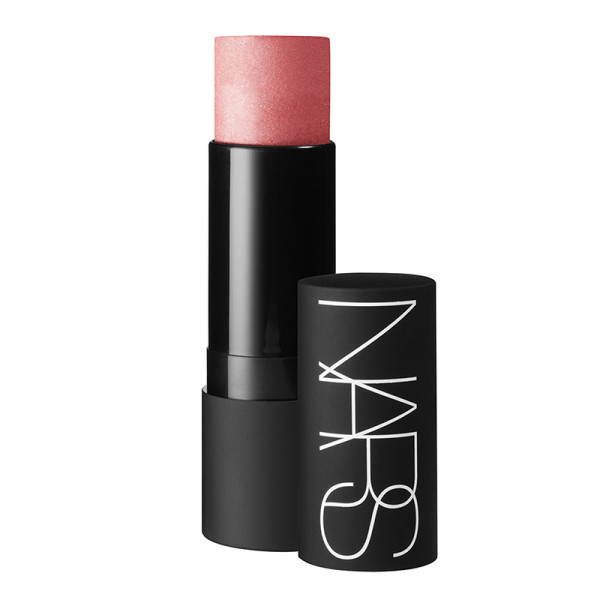 “Bless This Mess” is indeed a personal project for Bell and co-creator Elizabeth Meriwether, television producer and creator of FOX’s New Girl and ABC’s Single Parents. The pair became friends on the set of the film No Strings Attached, and, Bell told Meriwether recently, “If you ever want to do a TV show...” Meriwether did want to, and the two “sat down on a couch within minutes and starting pitching ideas to each other.” Both women had gotten married in the last couple years, and they were keen to discuss those new marriages. That was early last year, and, as we spotlight at Story + Rain, there was indeed magic in that mix—the series airs April 16. “Liz and I are both married to men who are incredibly optimistic, while we are both very neurotic. We found a lot of fodder and camaraderie laughing about our marital unions.”

The collaborators went from casual sofa-ideating to 24/7 contact quickly. When asked if they call each other “work wife,” Bell laughed: “We haven’t, but we are going to start right now. Today we had 45 emails back and forth. We’ve gone from pretty good buddies to interacting with each other from 5:45 AM on through to 10 PM.” This is the first television show Bell has birthed from the idea phase, and admits it “is definitely an adjustment from filmmaking, where the director says all. I’m wearing a lot of hats here, and I’m grateful to have a comrade so well versed in this space.” Meriwether—Bell often refers to her co-creator by just her last name—“is a master of network TV, she’s so well versed at it.” 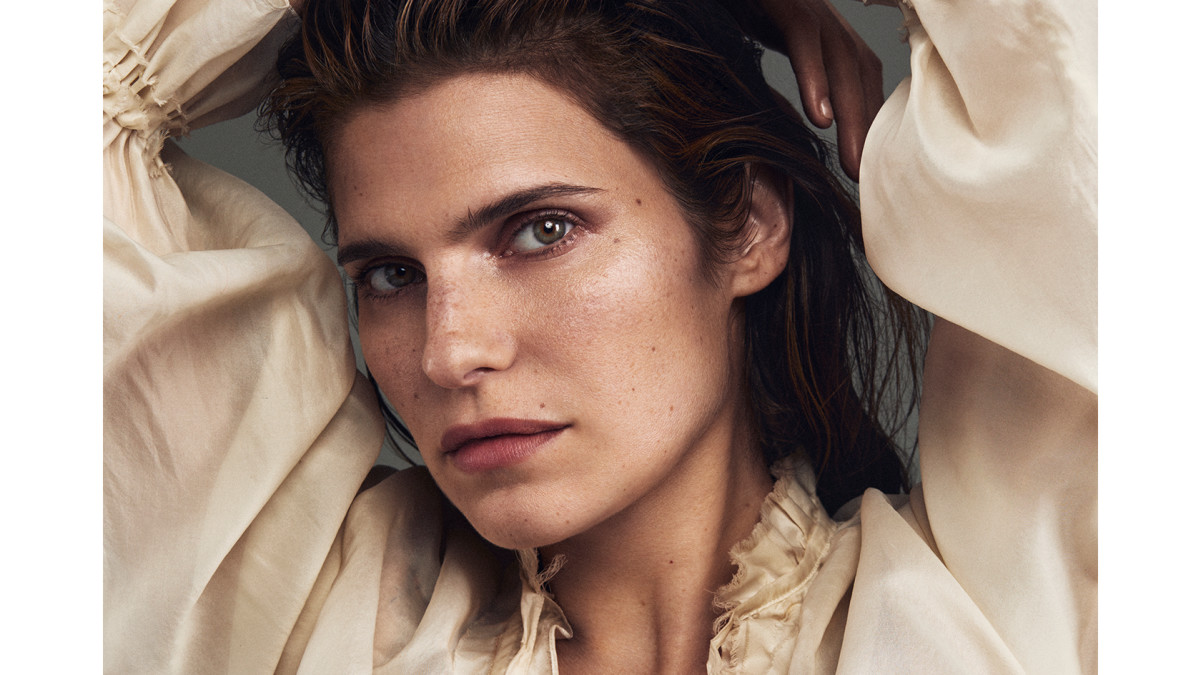 Like her new character, native New Yorker Bell also fled the city—for Los Angeles, in 2015, following the birth of her first child. “Part of the beauty and romance of New York is that it’s a little dirty and gritty. There’s this suffering, this sense of, you’re living in New York, you’re alive, you’re trudging through some sort of incredible experience. You walk out of your building and your life is thrust upon you.” But navigating a baby in an East-coast winter deflated that urban romance a bit. “With a pram and the subway, I thought, ‘When I get out of the subway, I’ll have to take a cab, and then how am I going to carry the carseat from the subway?’” Suddenly, LA, with its car culture and eternal sunshine, seemed appealing. “My husband is an artist and was excited to take on an LA existence, and I was like, ‘Well, it’s good for my existence, too.” In addition to the geographical convenience for Bell’s work, she feels more in tune with the earth on the West coast—a factor that was especially important to her husband, Scott Campbell, a tattoo artist and cofounder of the luxury cannabis brand Beboe, who grew up in rural Louisiana and Texas. “Anytime I see my kids running naked on my lawn in February, that’s why I live in LA! It’s really special that our children have a year-round connection to dirt and nature and the ocean. Your sustenance should first and foremost be nature, and then yes, you can graduate to the fun and lights and the big city.”

It’s not a coincidence that Bell used the word “earnest” twice in this interview: as in, it’s powerful and it’s “earnest” to make a smaller movie that you feel passionate about, as opposed to a bigger budget one just to elevate your profile, or that the cinematic style of her new show is “earnest” in its portrayal of its setting and location. Bell takes seriously her work in comedy. It’s what she—and, much of this country—need right now, she says.

"It’s not as crispy as other sitcoms, and that’s a stylistic choice I hope to maintain,” 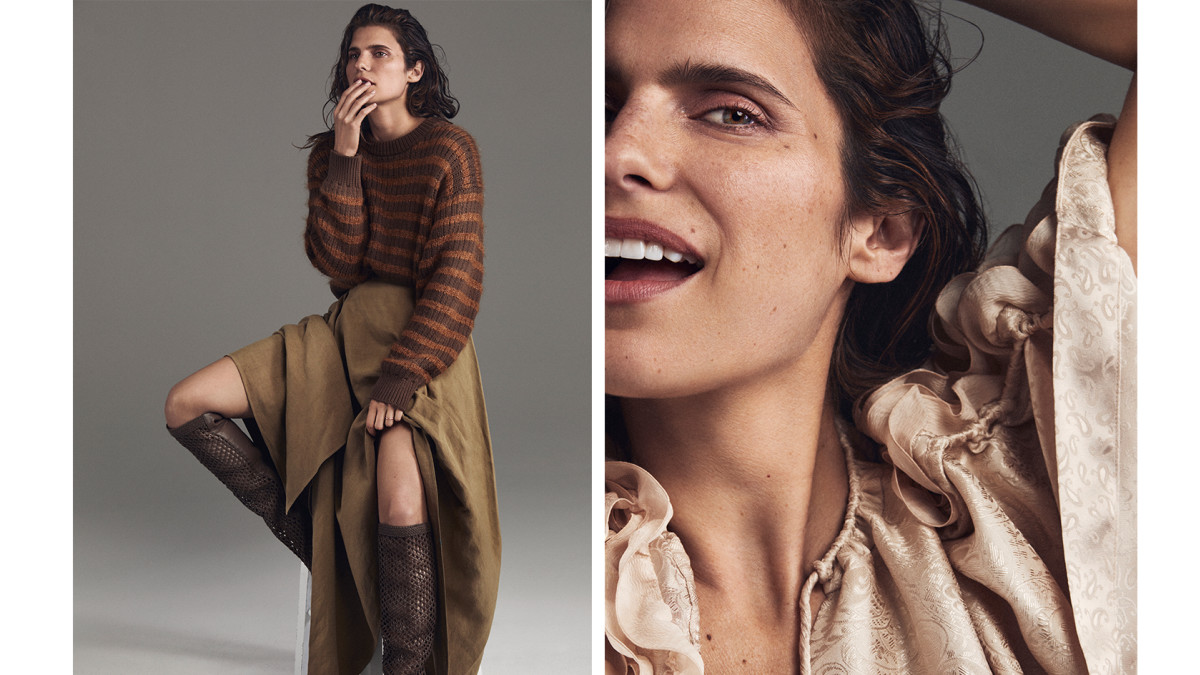 “Regardless of how you feel about our president, our country is struggling in our division,” she says. “There’s a lot of violence, and people crave a respite from that. We wanted to create comedy with a kind spirit.” And they succeeded. The show truly is “poking fun at ourselves, at me and my husband and my friends, who might fall into New-Age-liberal category. But it’s highlighting the spirit of community and transcending where you are from, saying that despite our differences we can be aligned, uniting in nature.” Just as Bell and her family are taking comfort in nature in their real lives, her show’s pilot ends with her character Rio celebrating a plant she spots on the property, a sign, she believes, of fertile ground in her new life.

With a terrific supporting cast that includes local residents played by “badass mutherfucker” Pam Grier (literally the town sheriff), and Ed Begley Jr. in the role of awkwardly-dropping-in-neighbor, “Bless This Mess” is Bell’s way of showing how we can all work harder to bridge divisions.

Individually and beyond, Bell believes in the power of small acts of kindness—the converse of microaggressions, you could say. Would that be … microembraces? “Like when someone cuts you off in traffic,” she presents, “you have the choice to let yourself be infuriated or you can let it roll off or even smile at the person. That decision is monumental in my opinion. If you flip them the bird, the negativity snowballs. The little things, the pennies, add up. I need to live in that space now, and that’s why this TV show is important for me and my family and my friends right now.” She and her cast and crew are being united, she points out, not on a cold dark soundstage, but outdoors every day, on a beautiful ranch with families of deer roaming.

"We wanted to create comedy with a kind spirit.” 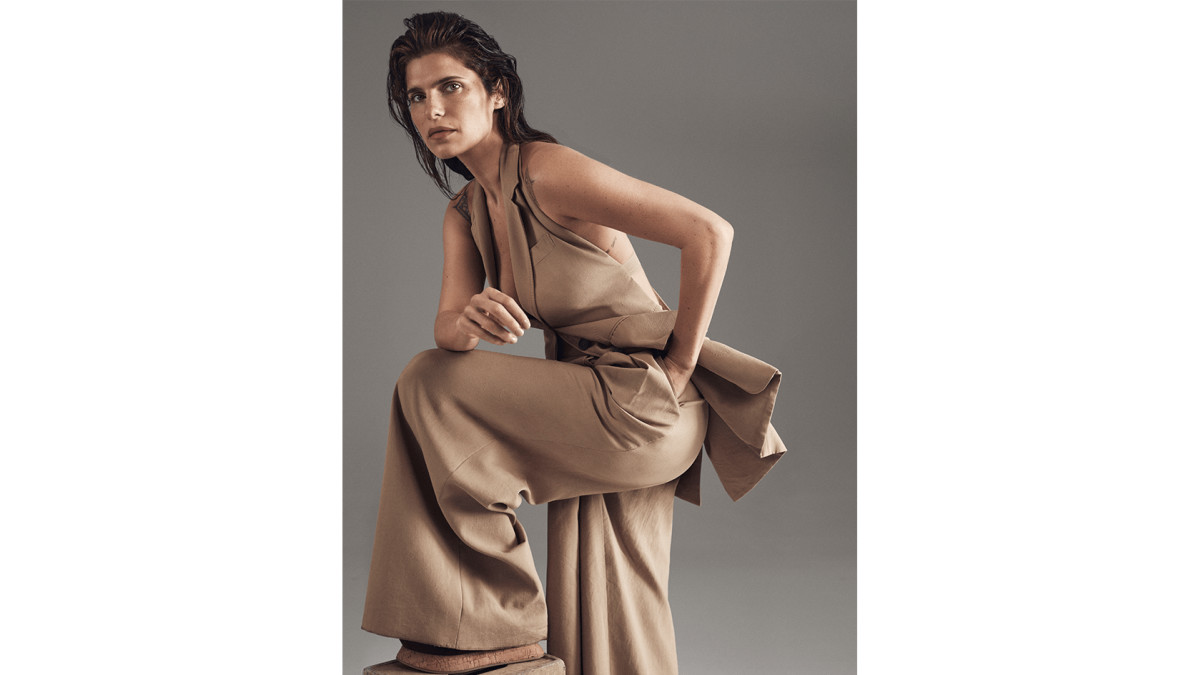 Shortly before Bell spoke to Story + Rain, several midwestern farm states, including Nebraska, where her show is set, had been affected by massive flooding following a “bomb cyclone.” In response, the cast of “Bless This Mess” filmed a public service announcement for the state, and is organizing financial relief for some residents affected by flooding. Bell feels, again, earnest, harbors a responsibility about how she portrays the middle of the country, an area she admits she doesn’t know well. But she’s been influenced by Meriwether, who is from Michigan, and by the 80% of her writers’ room that hail from the Midwest. Bell aims to highlight this “group of people in a positive way, through a lens of kindness and love and respect, with my sense of humor—funny but rooted in core values.”

“Regardless of how you feel about our president, our country is struggling in our division,”

In much of Bell’s work, she has worn multiple hats: for her independent films In A World... and I Do … Until I Don’t, she wrote, directed, and acted. She’s the chief hat wearer on “Bless This Mess,” too, obviously, but is wary of setting that expectation for every actor out there. “We are in a time where people are like, ‘Self-generate! Make it happen for yourself!’ But I don’t want people to ever feel like, if they choose not to do all the things, that they are less-than. I have a story in my mind, that’s why I write, to tell those stories, to laugh at myself and laugh at others, and feel—to not hold those feelings in. But we should have the choice. Can’t we also be comfortable saying, ‘I just want to be an actress, and that’s enough’?”

Bell does enjoy doing all the things, but right now, she’s invested in creating projects with boundaries that allow for her current life priorities—being a mother of a four- and a one-year-old. “That’s a huge part of why I only directed one episode, a huge part of why I am not doing a movie, but a TV show. Liz and I are boss ladies on the show, but we [live and shoot] here in LA because I want to be here on weekends and be present with my kids. I respect my role as a mom, and I respect my role in my career. There are no final answers, there is no one book. Everyone is figuring it out, it depends what kind of parent you are, what kind of partner you have, what kind of parent they are. Globally, though, parenting has to become much more normalized in our industry and not seen as a handicap.” She underscores that her current job would not be possible without her very active co-parent partner, and their nanny and community of support. 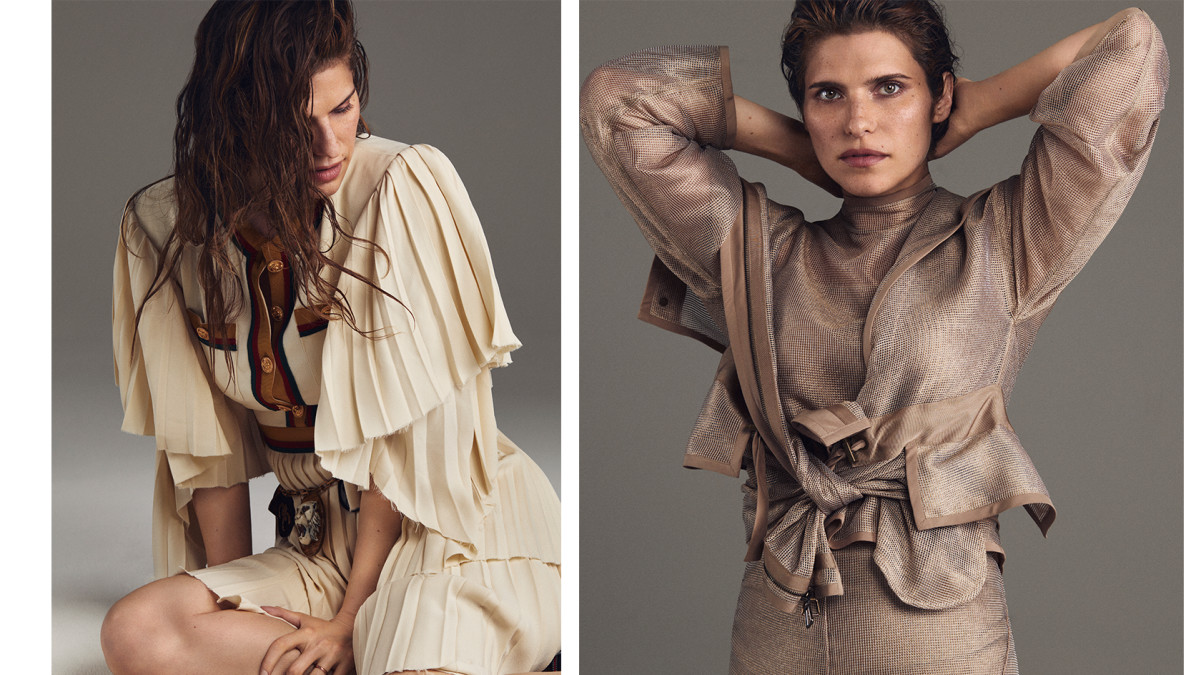 "Parenting has to become much more normalized in our industry and not seen as a handicap.”

As a board member of Women in Film, Bell is committed to getting work by women—herself and others—out into the world, now more than ever. Recently “I’ve had conversations with male creators who say, I can’t get a show made right now.” She hears that, but, “I’m like, tough! I don’t feel too bad for you. I love you, but I am going to have to hold up a mirror to you and remind you of all the love you’ve had in this industry, and you need to get comfortable that network and cable companies are seeking content and shows and movies that come from more diverse people and genders and that’s where we are right now. And I am so grateful.” Blessed, you might say. 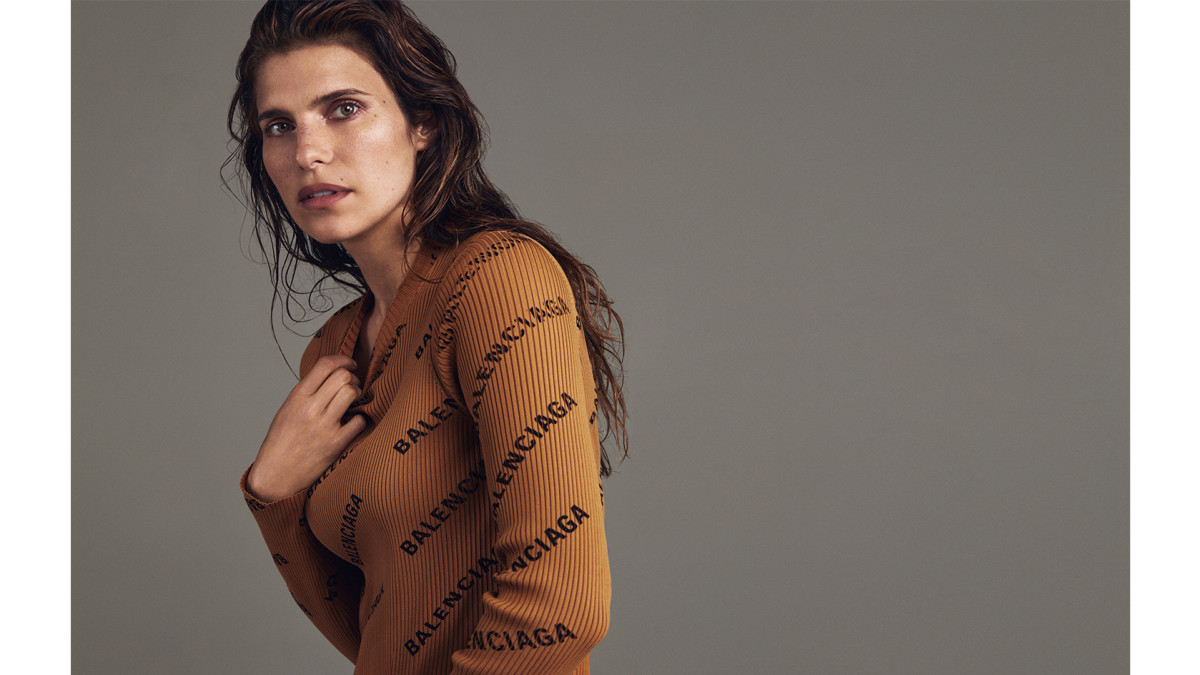 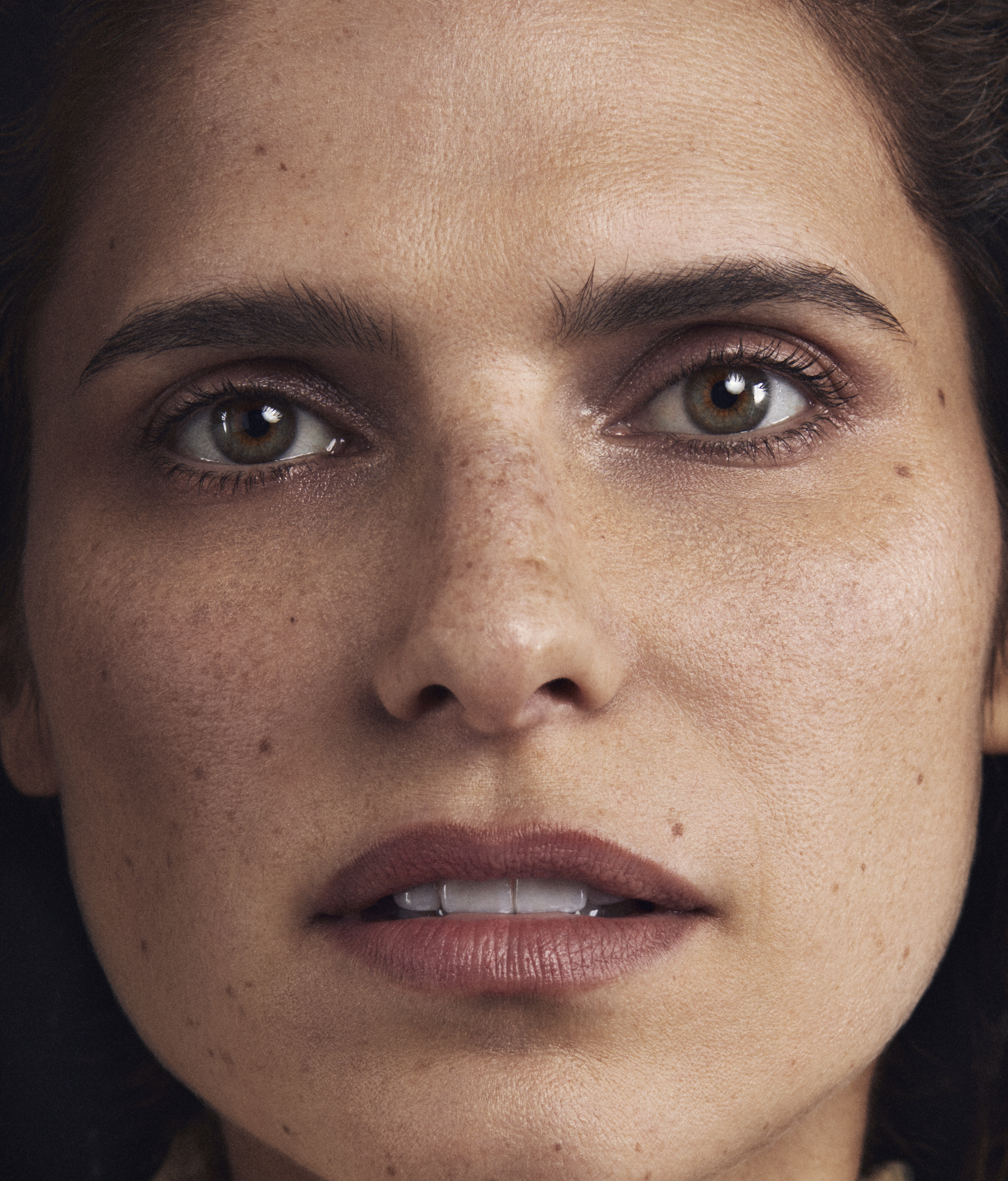 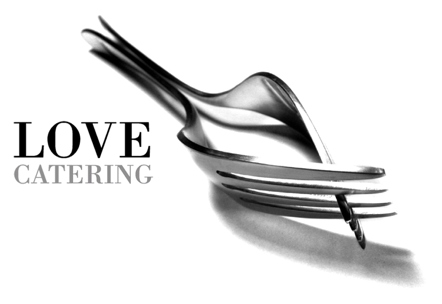