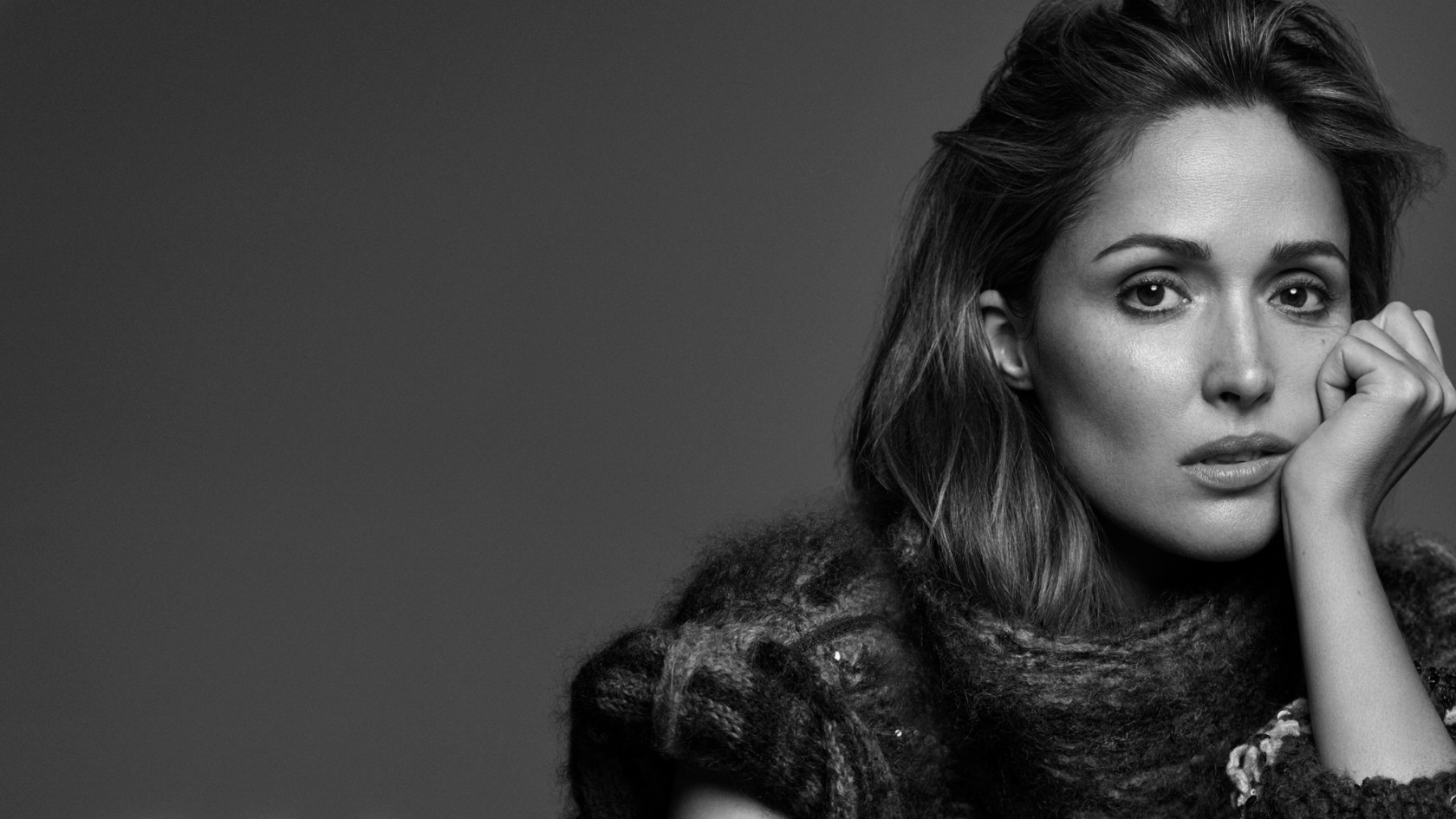 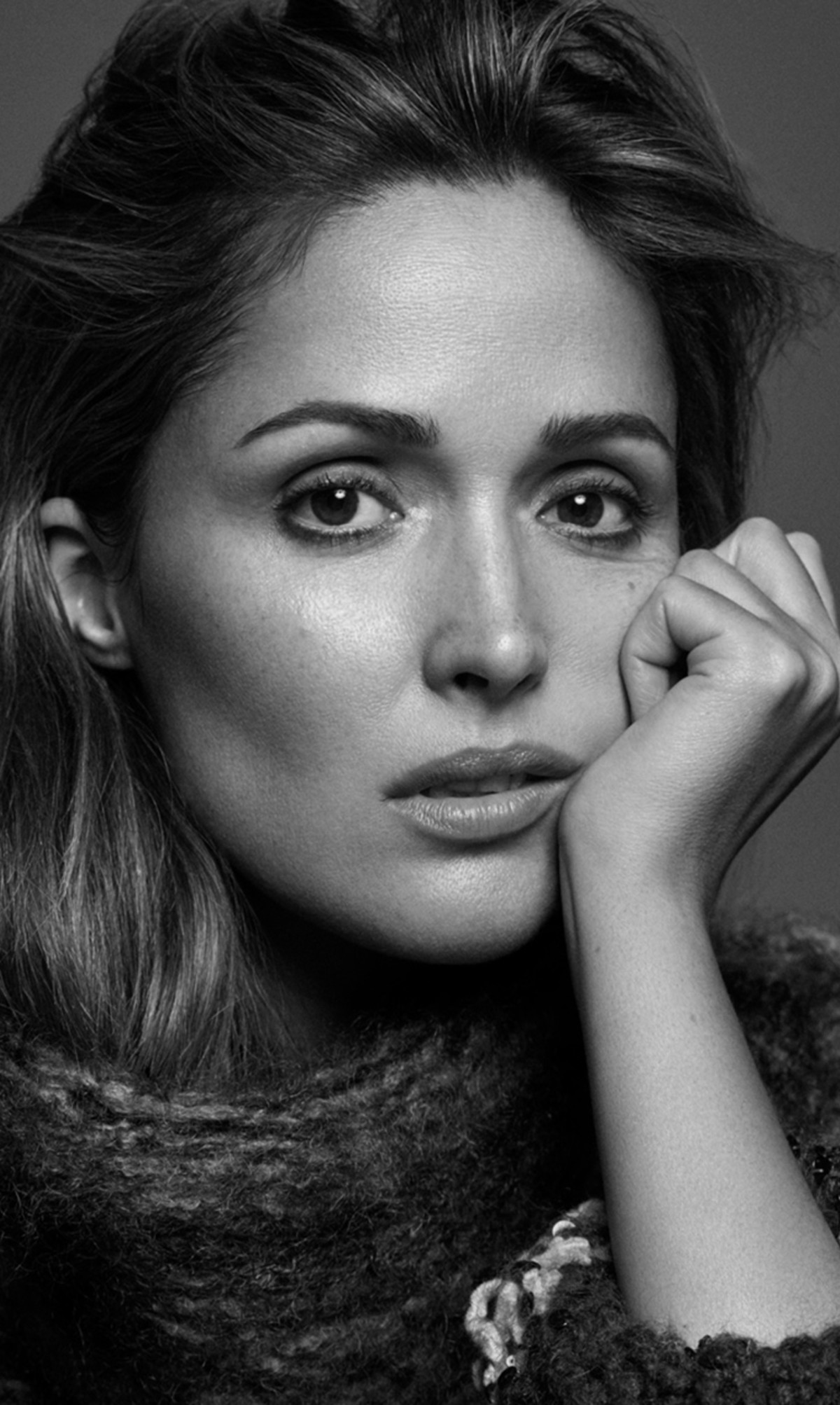 Rose Byrne would like to bring epistolary back. That is, the writing of letters, an act that launches the primary relationship in Byrne’s latest film Juliet, Naked, adapted from the Nick Hornby novel and in theatres now. The movie could be called an epistolary rom-com: the meet-cute happens over email, and at the first IRL meeting, Byrne’s character, Annie, gifts cult rock ‘n’ roll legend Tucker (Ethan Hawke) an epistolary novel. “I hope the word will be on high Google alert now,” Byrne says, settling into a kitchen barstool at Story + Rain’s downtown Manhattan headquarters.

One can imagine Annie writing letters by hand. She’s a modern-day English woman who runs a tiny museum devoted to the history of her small seaside village. Her life with boyfriend Duncan (Chris O’Dowd) has been on cruise control for so long that she’s forgotten how to hit the accelerator. “She’s intriguing in a quintessentially English fashion,” Byrne says, “a buttoned-up lady in a cardigan but underneath very witty and subversive.” At our breakfast meeting, the Australian actress herself is witty, too, but not buttoned-up, arriving in a simple T-shirt, Levi’s, and sandals. Over peppermint tea, turmeric tonic, and chia pudding, she reveals herself to be a quiet, thoughtful conversationalist, confident; she doesn’t need to shout to be heard. 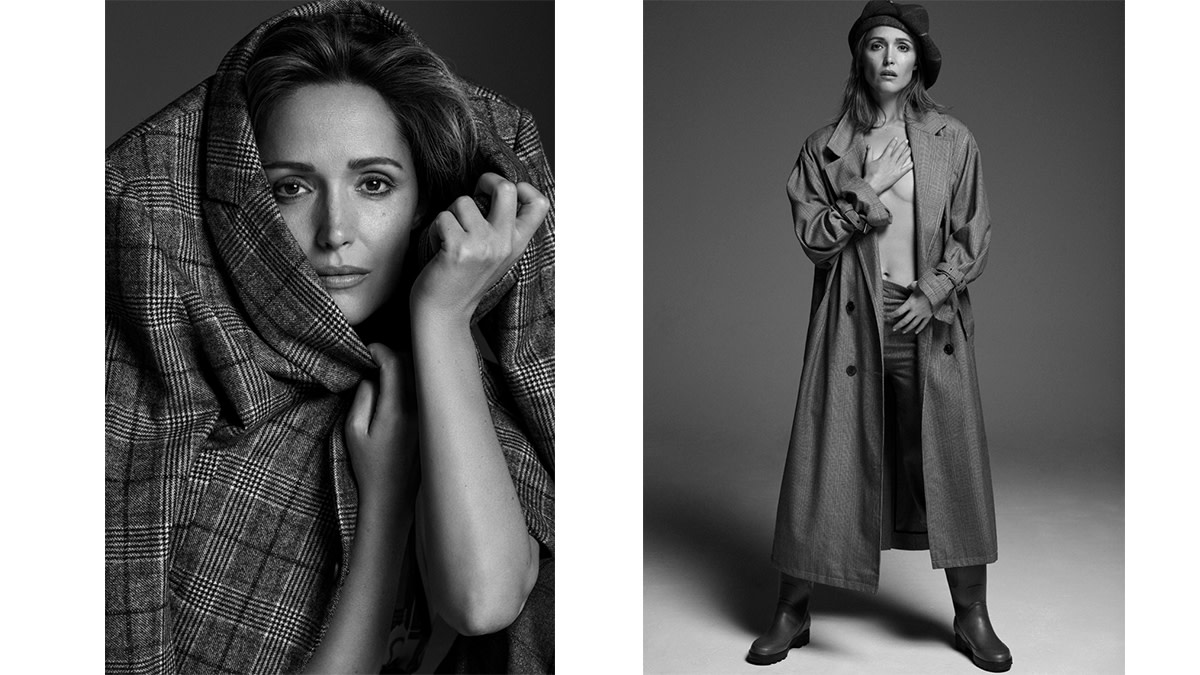 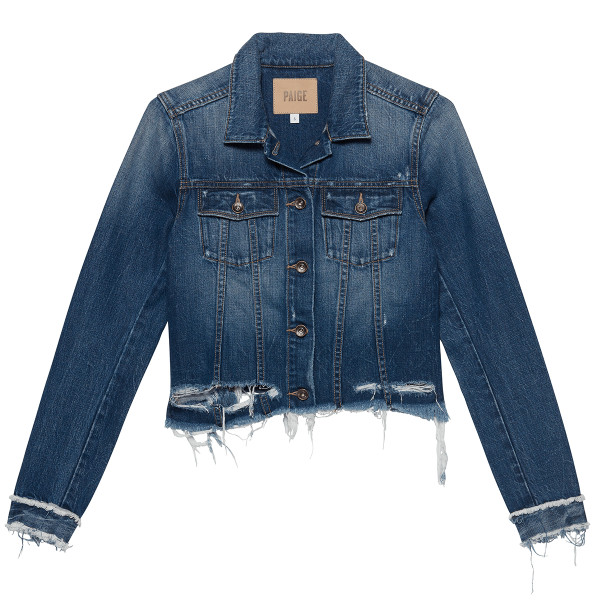 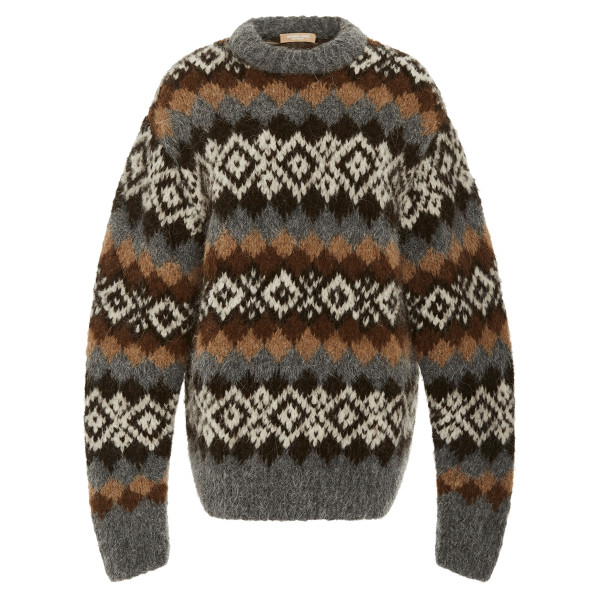 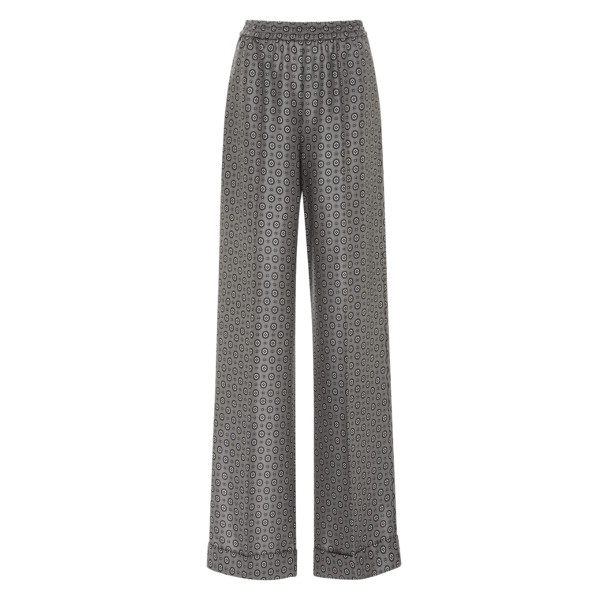 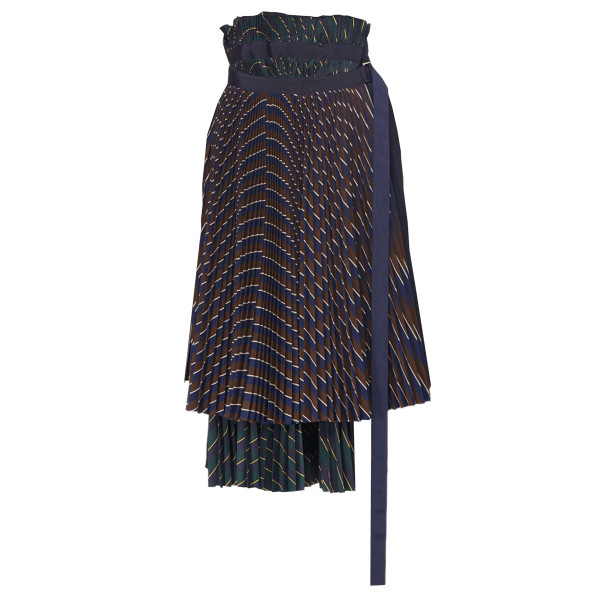 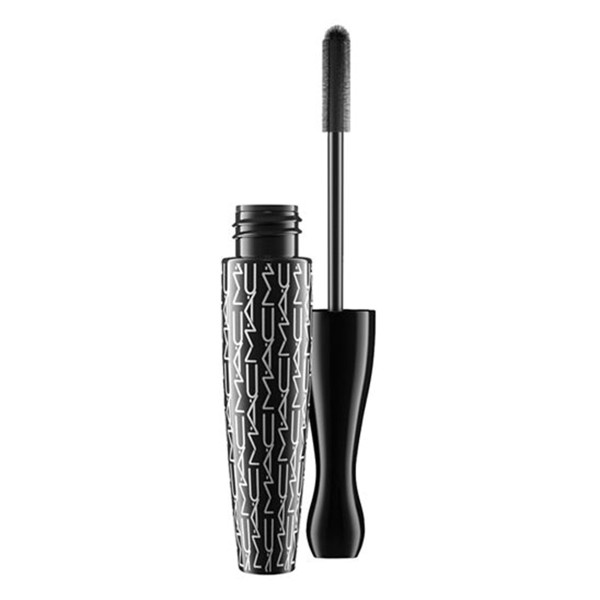 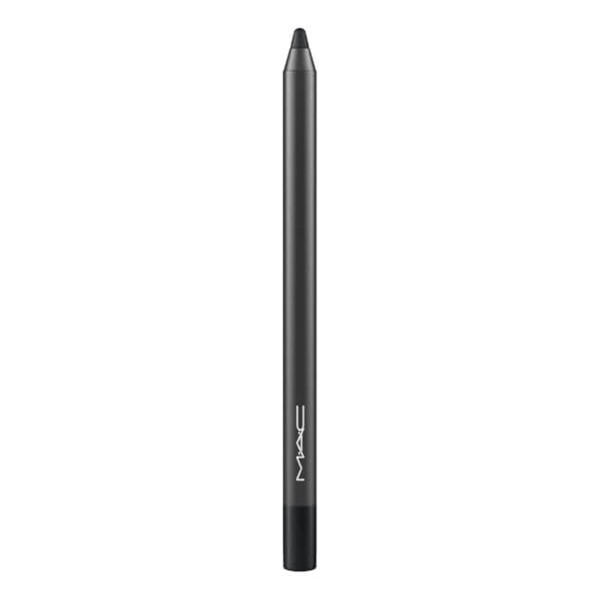 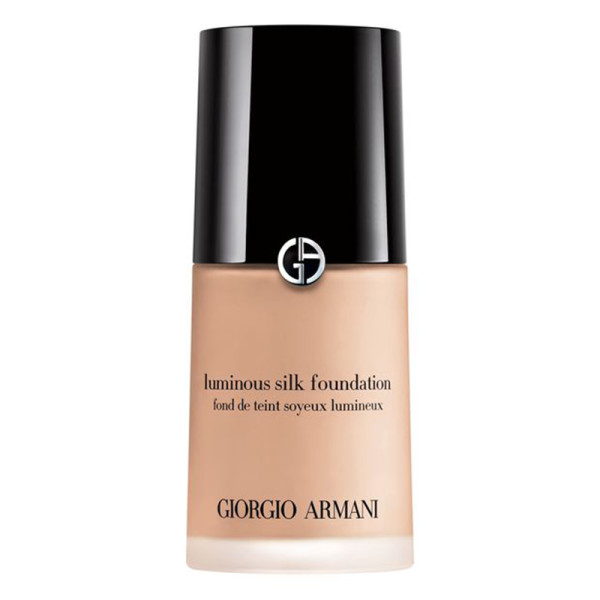 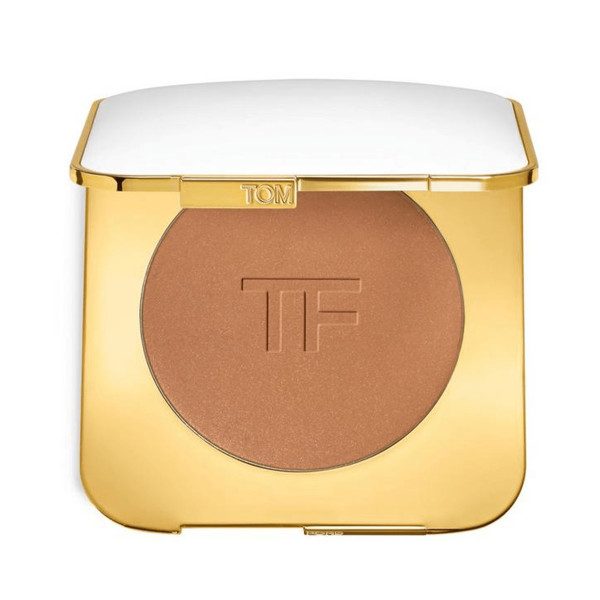 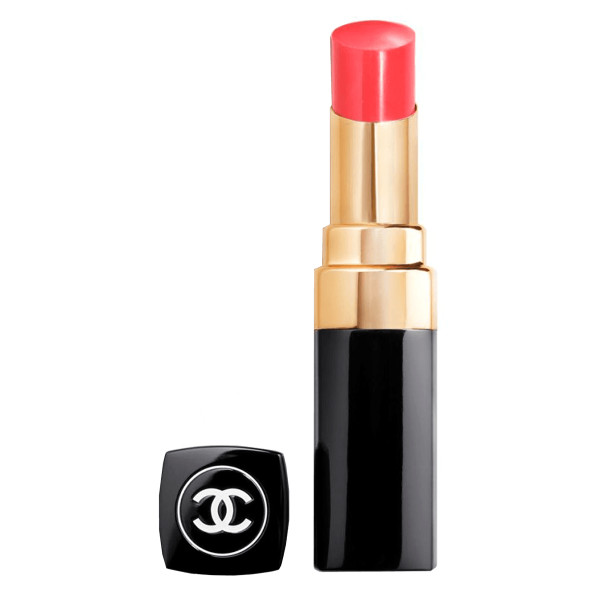 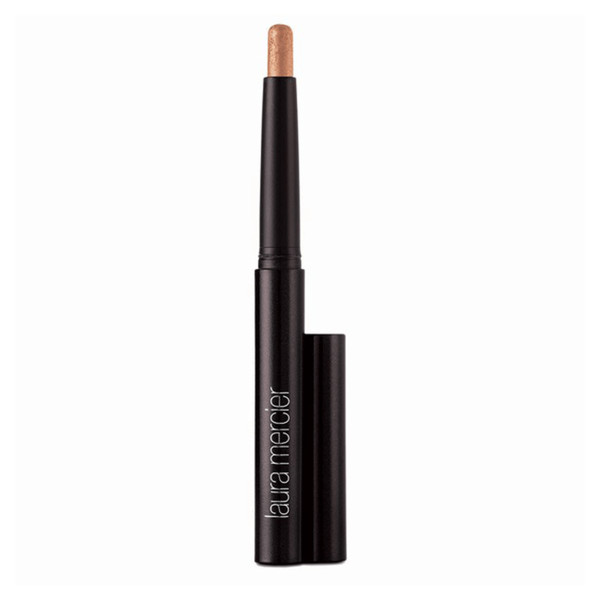 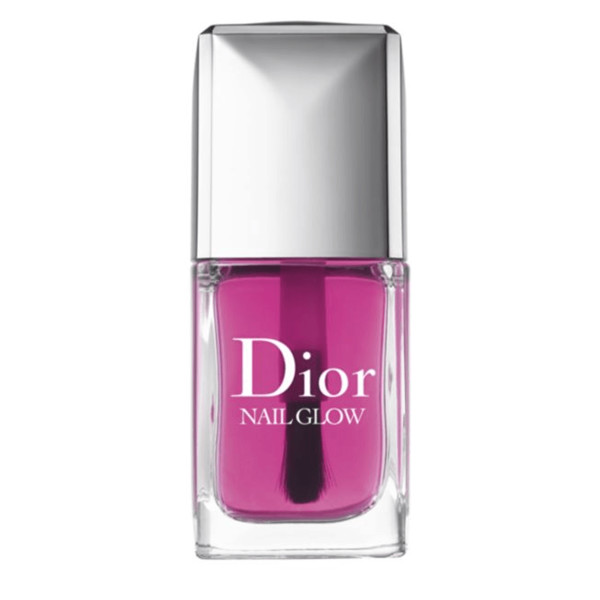 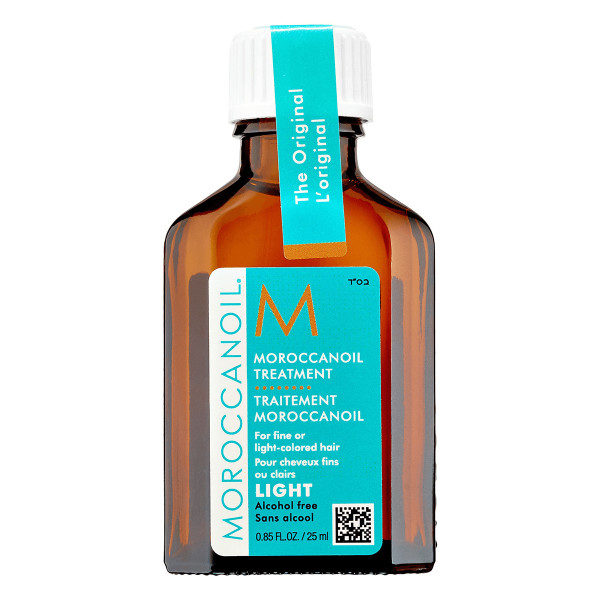 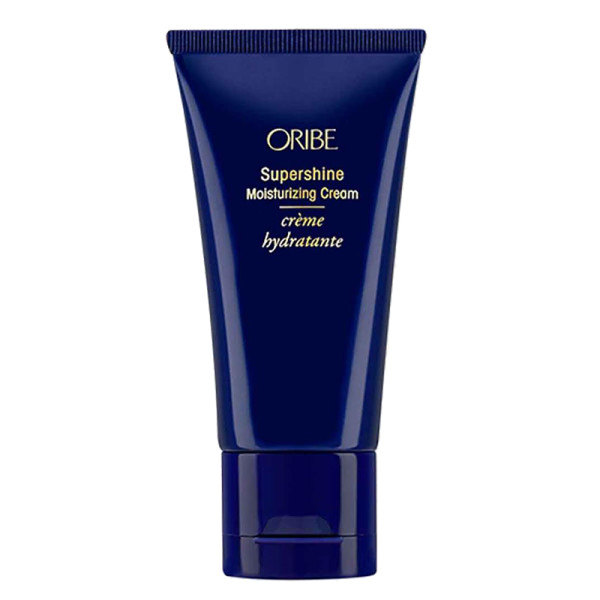 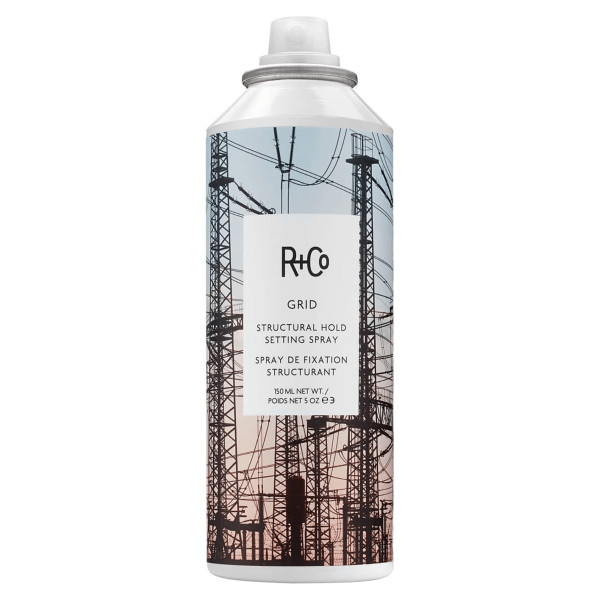 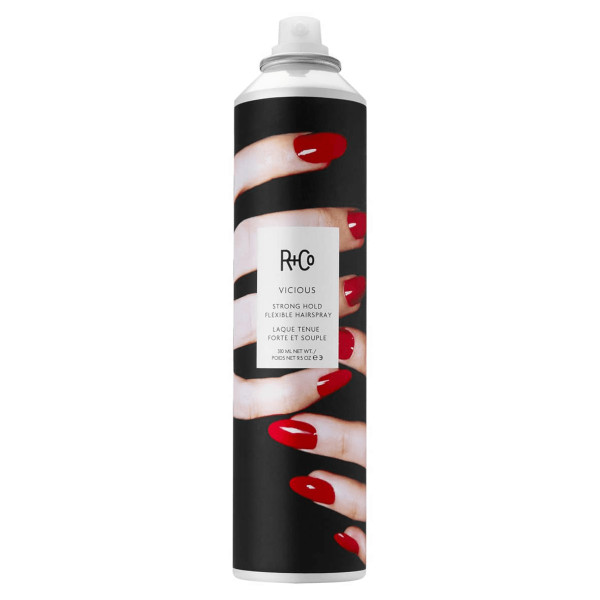 Juliet, Naked is a classic Hornby tale, providing Byrne with both dramatic and comedic moments to shine. “There’s a wishfulness, a wistfulness, a dry observation of the mundane to it, but always with a twinge of melancholy,” says Byrne. “It’s humorous, and so accurate.” If anyone can master the nuances of the material, it’s Byrne, whose range has become her calling card. She nabbed two dramatic Golden Globe nominations for FX’s cutthroat legal drama “Damages,” nailed awkward spousal banter with Seth Rogen in Neighbors and Neighbors 2 and made us love every moment of hatewatching her as Bridesmaids’ insufferable Helen. Byrne continues to be drawn to comedy because she finds it terrifying. “‘Is this going to work? Am I going to get the laughs?’ There’s something about the pressure that I thrive on,” she admits. “It’s imperative to try all sorts of different genres and characters, even if it means failure, to do tiny weird movies and big excessive films." 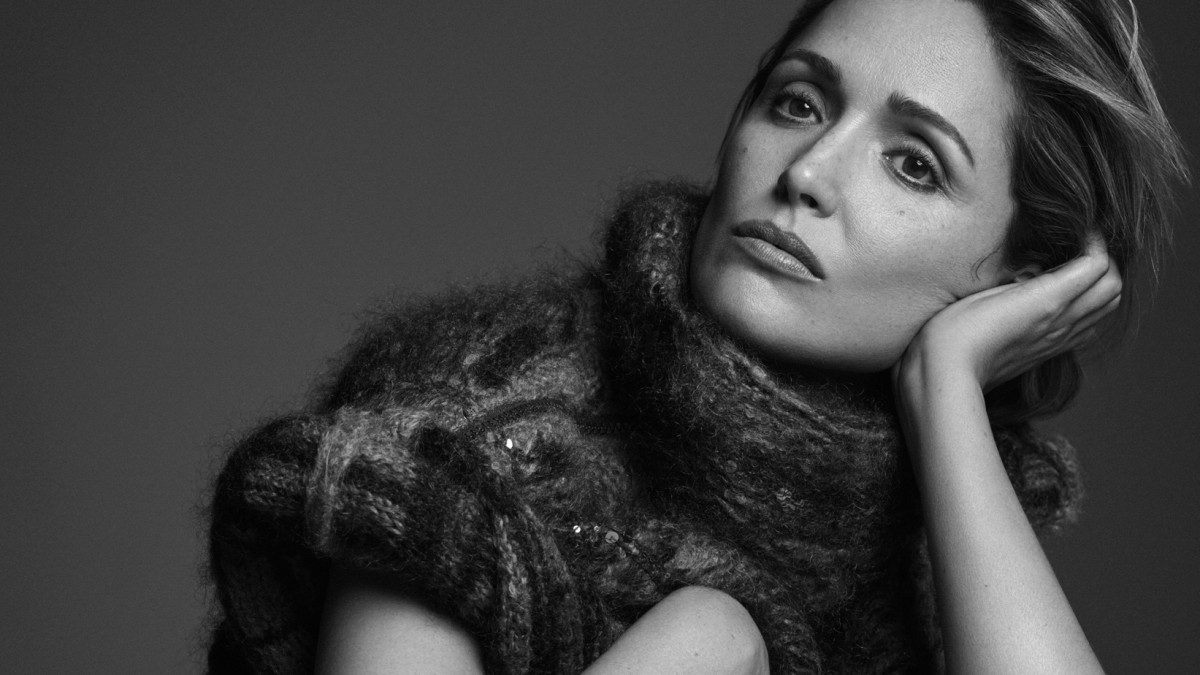 While, like all of us, Byrne delights in the wonderful randomness of the web when she has a little downtime (“Suddenly, you’re in it, reading about guinea pigs or whatever it may be!” she says), she’s far from all-in. She only recently joined Instagram (@fullyrosebyrne) and says, “I have a love-hate relationship with social media. I’m a visual person, and I love fashion, discovering a great writer or article or podcast. But inherently I think social media takes a little bit of your soul away. You’re constantly just sitting there going, like me, like me, like me. It certainly makes you less present. I tend to keep it at bay for that reason. I’m already a bit in the clouds.”

Considering her filming schedule and two young sons (Rocco, 2 and Rafael, 10 months), with her partner Bobby Cannavale, the charismatic actor from HBO’s Vinyl and Boardwalk Empire, she wants to be as present as possible. She was pregnant with baby #2 during the production on Juliet, Naked, which she initially feared might impede her landing the role. When she told director Jesse Peretz, instead, she says, he assured her: “We’ll make it work. It may add to Annie seeming drained. It’ll be an asset!” 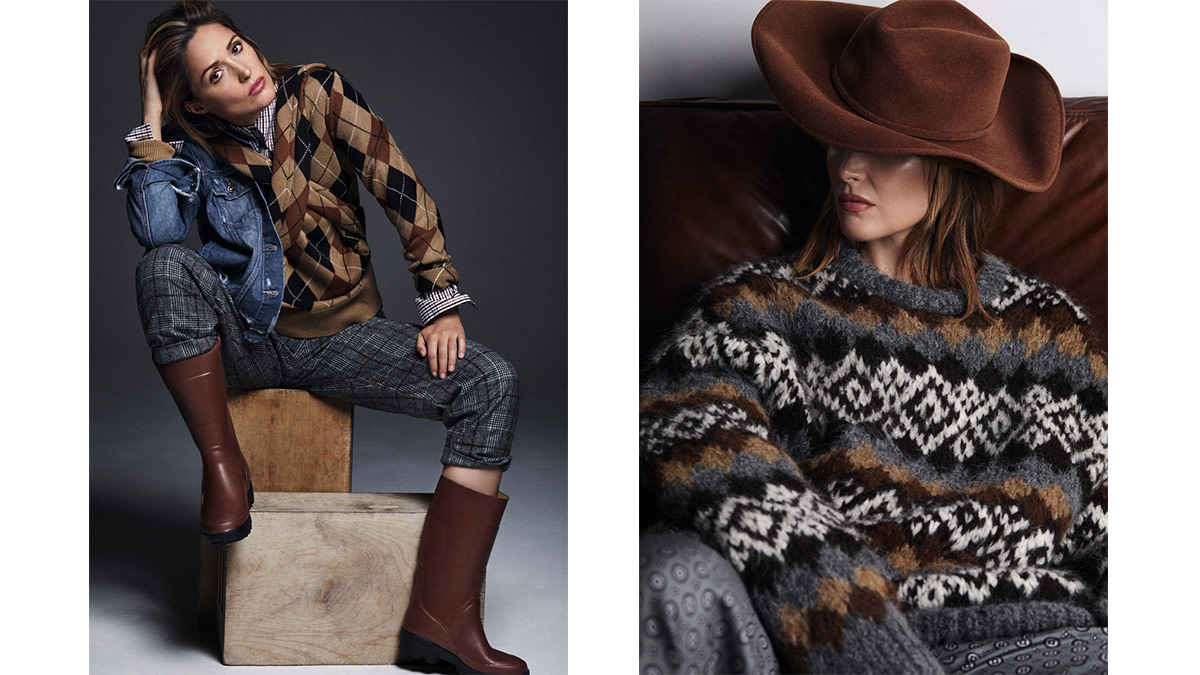 Though she appears relaxed today, with seemingly flawless skin, unimpeded by makeup, the 39-year-old actress admits being a working parent with a toddler and infant at home is no walk in the park. She acknowledges that she’s blessed to have had two healthy children—motherhood is a decision that vexes Annie in the film. “The choice women face about having children, if they want to do it with someone and they haven’t found that someone yet ... unfortunately, we do have limitations physically,” she says. “It’s getting easier to have children as you get older, but it’s still challenging.”

Asked how she and Cannavale juggle young children and their joint careers, Byrne says, “We have a great dialogue about that, both being actors and having had careers that have spanned a long time, being busy and then not so busy.” So does one partner’s career take precedence over the other’s, while the children are young? “The best way to describe it is a case-by-case basis. I wish I had more answers, but I don’t,” Byrne says. “I’m the person who is like, how do you do it? It’s chaotic for every working parent.” 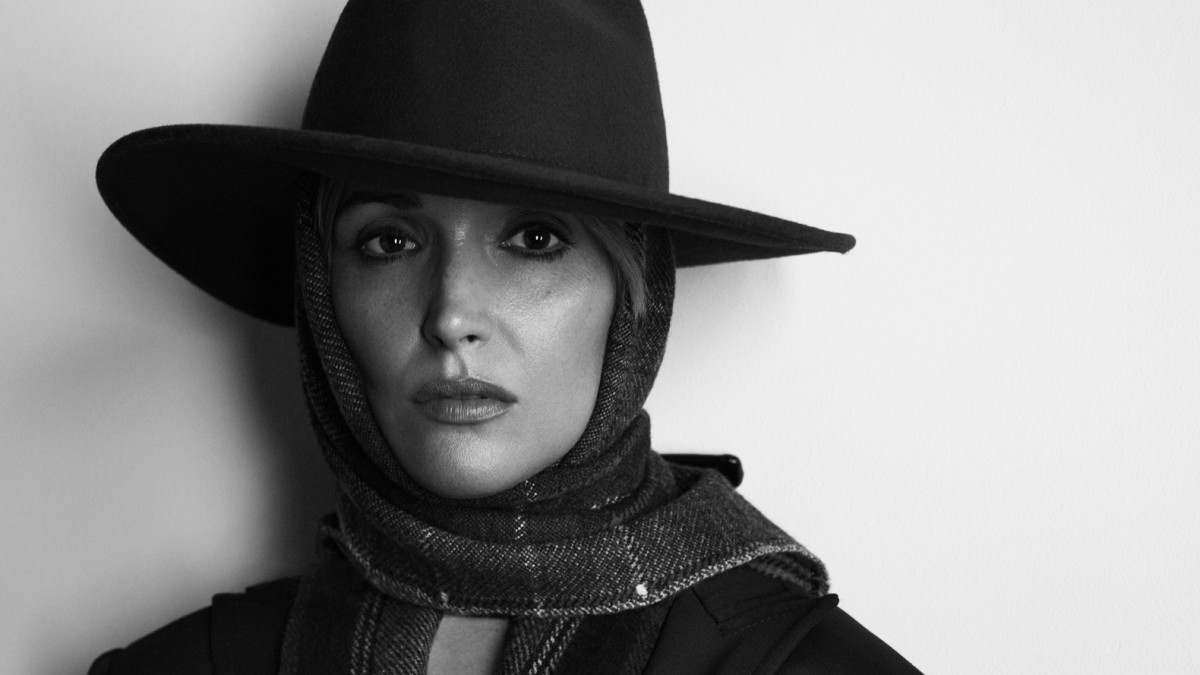 Byrne is approaching her 40's in Hollywood with optimism. “I’m choosing to be inspired by all the great careers I see: Nicole Kidman, Naomi Watts, Julianne Moore, Glenn Close, Amy Adams. If I could have a tenth of that success, I would be a very lucky person,” she says. “There’s an audience out there for everything.” Including, surely, her next film, Paramount’s Instant Family, co-starring Byrne and Mark Wahlberg as a couple who adopt three demanding children, prompting, yep, chaos (it’s something of a recurring theme for her) and her upcoming buddy comedy with Tiffany Haddish, set amid a beauty start-up. To ensure the continuation of such diverse opportunities, Byrne and some girlfriends from Sydney are starting to steer the ship themselves, through their own production company, The Dollhouse Collective. “Of course, it’s born out of wanting more control, and of wanting to develop things with female narratives in mind,” she says. They’re “inching forward” on a film about a young woman whose biggest dream is to become a Dolly Parton impersonator, with the approval of the country legend herself. “It’s very wry. It’s about wanting to be respected and what that means.”

When it comes to fashion, Byrne favors designers with a feminine, romantic feel, like Ulla Johnson, Zimmermann, and Ganni. “But with kids, I can’t be as dedicated to what’s cool as maybe I used to be. I’m usually in just a tee shirt and jeans. I mean [my baby], spit up on me this morning! So it’s extra special when I get to go out and put on a dress.” For the red carpet she likes the classic French couture houses, like Valentino and Dior, and mostly avoids showy loaner diamonds because she “gets anxiety about losing them.” Her beauty must-have is, “sunscreen. I’m Aussie! And a great big hat.”

Right now Byrne’s biggest challenge, as a parent/actor/producer, may be the lack of hours in the day. She’s currently catching up on The Handmaid’s Tale and just finished Hannah Gadsby’s Netflix special Nanette. “With all of this great television, all these streaming services, it’s a bit harder to keep up. I’m in bed by 9:30!” Plenty of time to check those Google alerts. 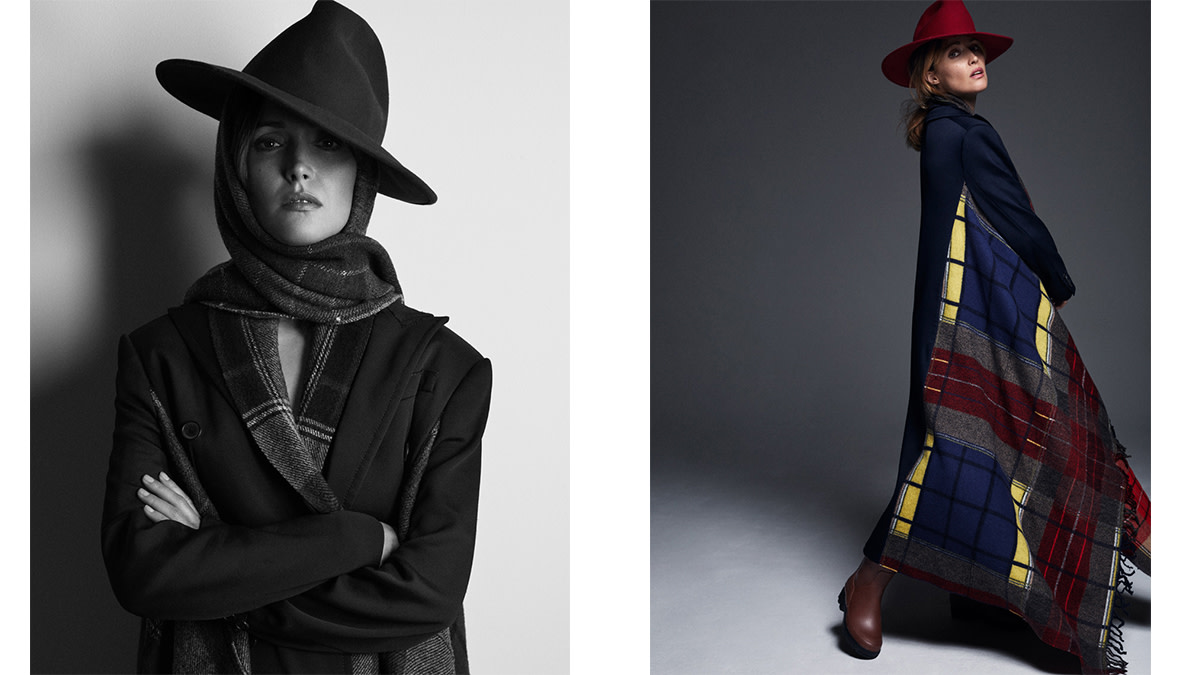 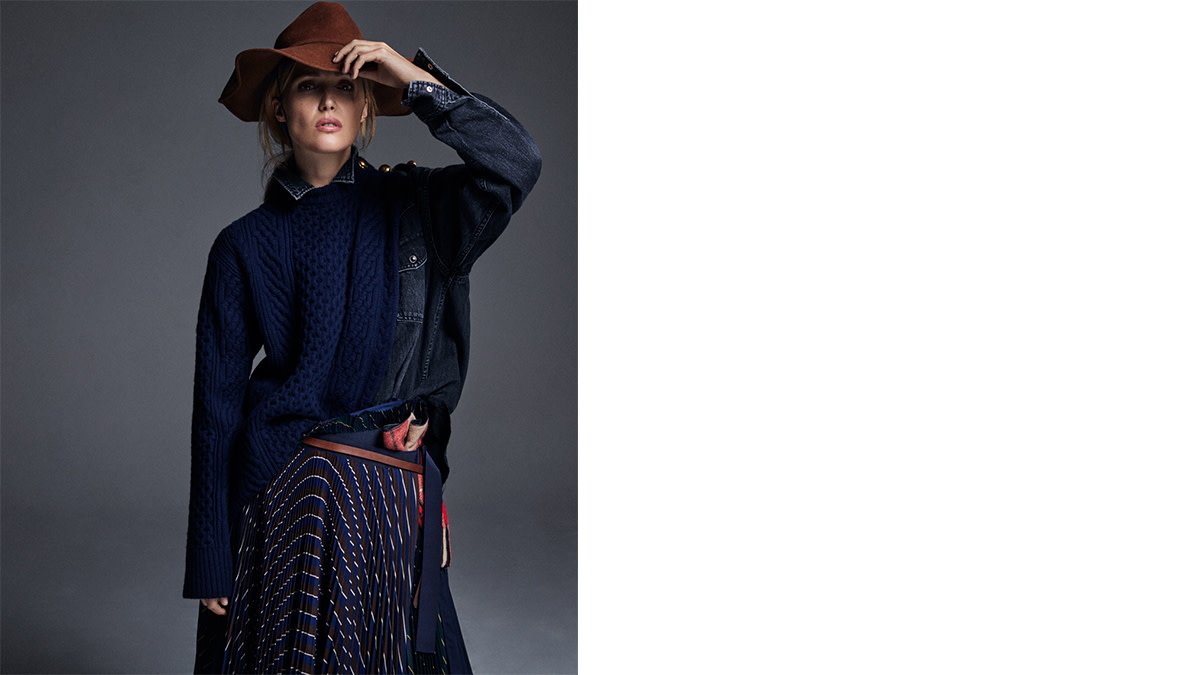 Behind the scenes at Dune Studios in New York City with Rose Byrne. 00:45 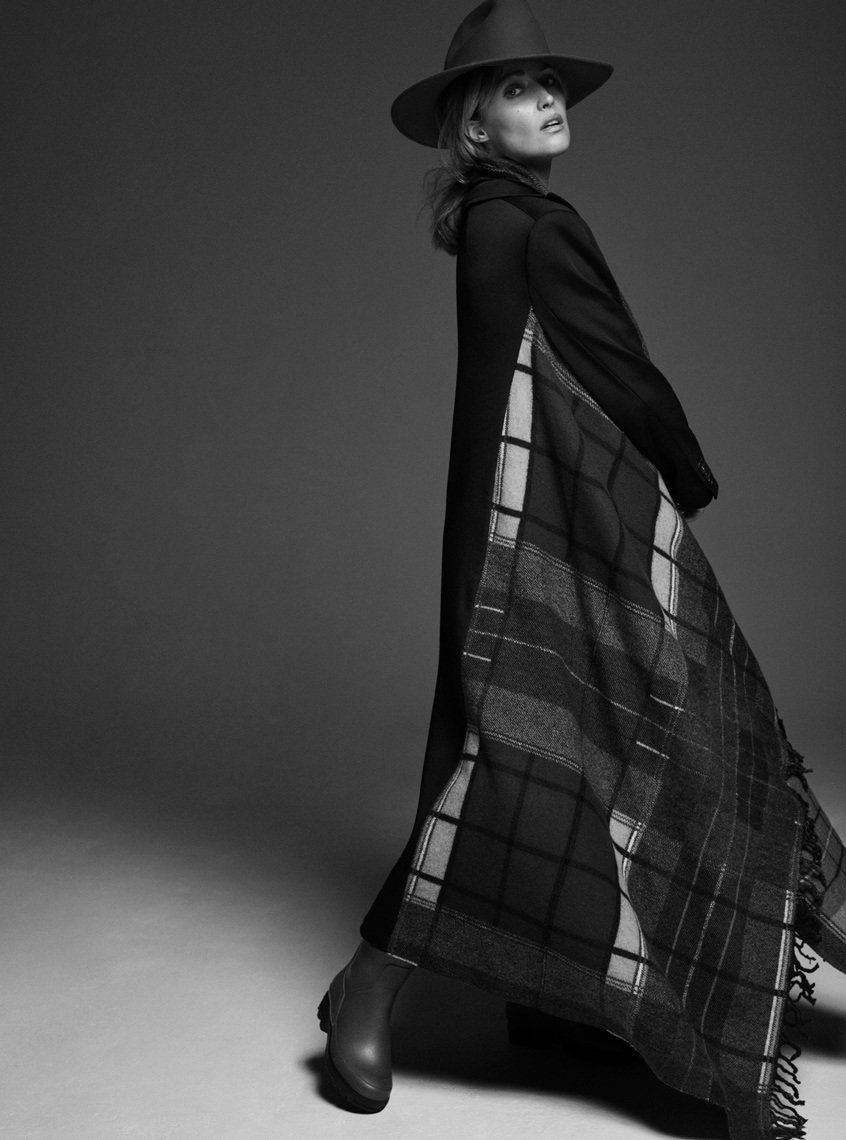