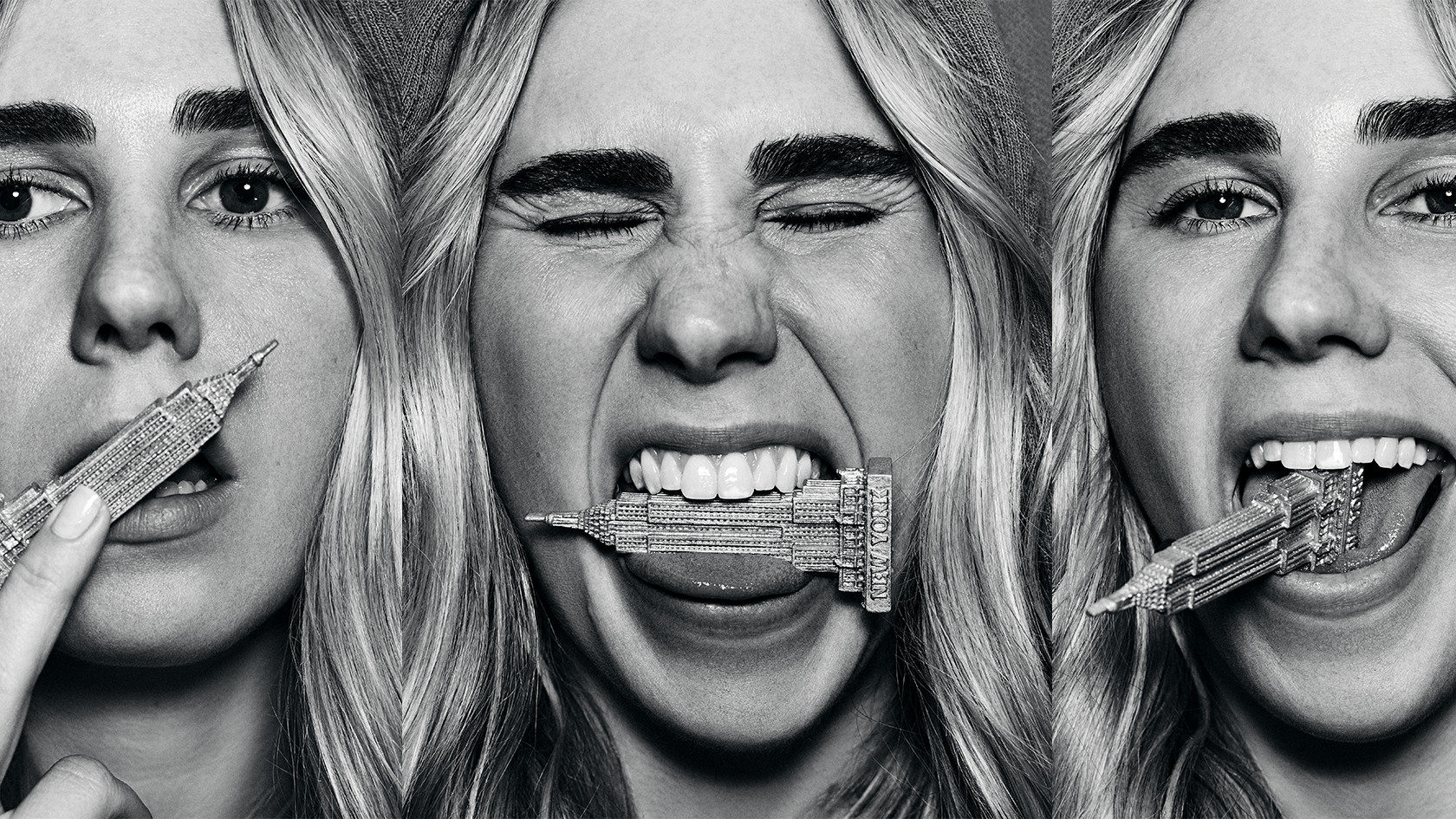 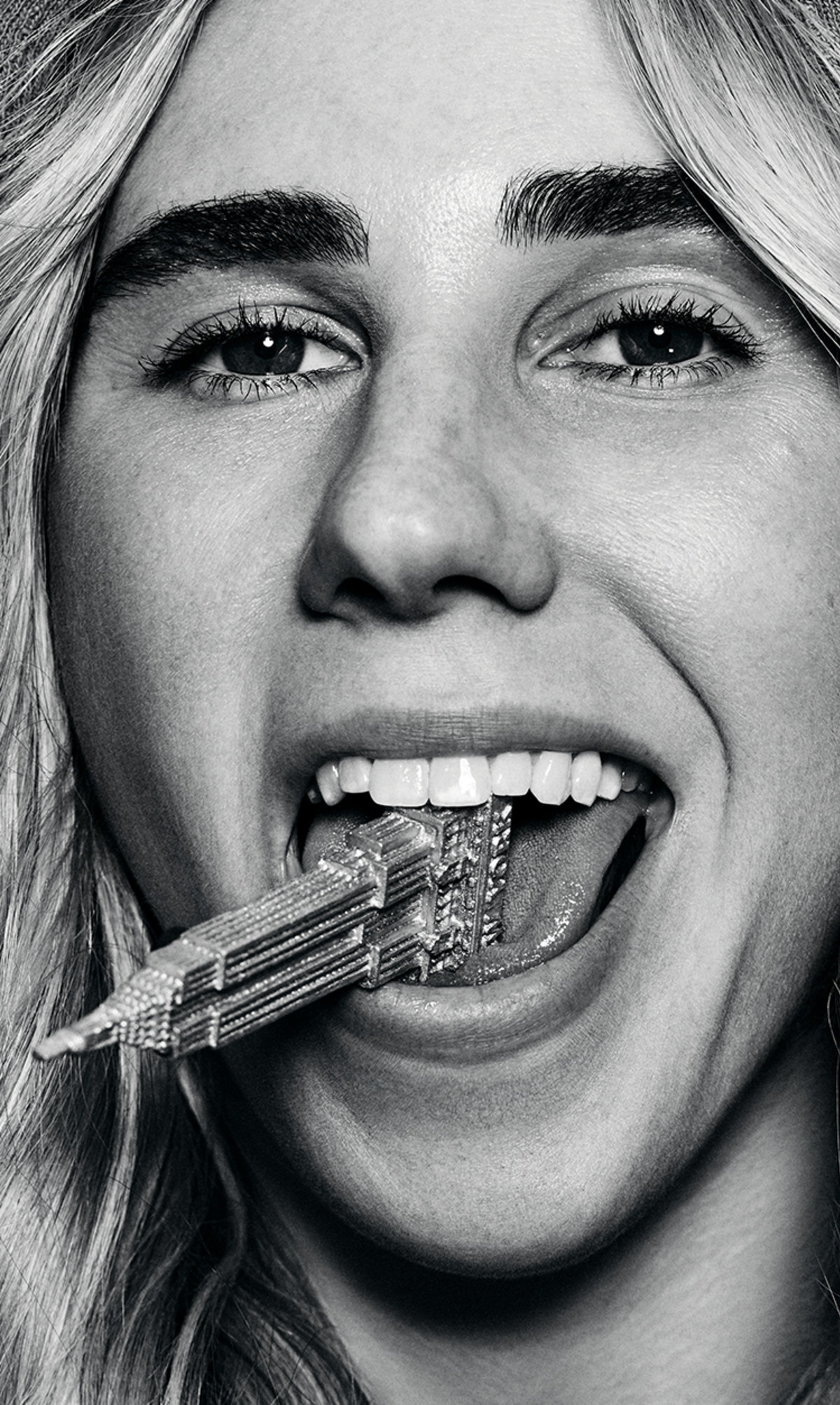 Playing A Filmmaker In Netflix's New Tales Of The City, Zosia Mamet Explores Storytelling, Queer History, And The X-Factor Of Creativity 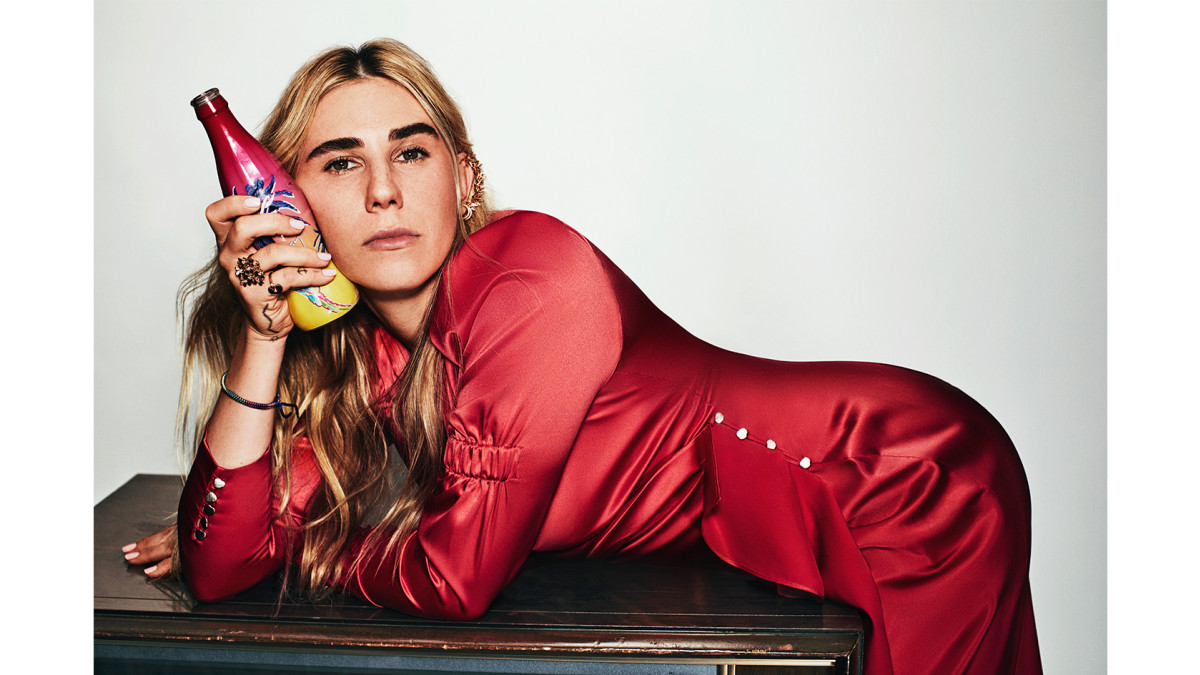 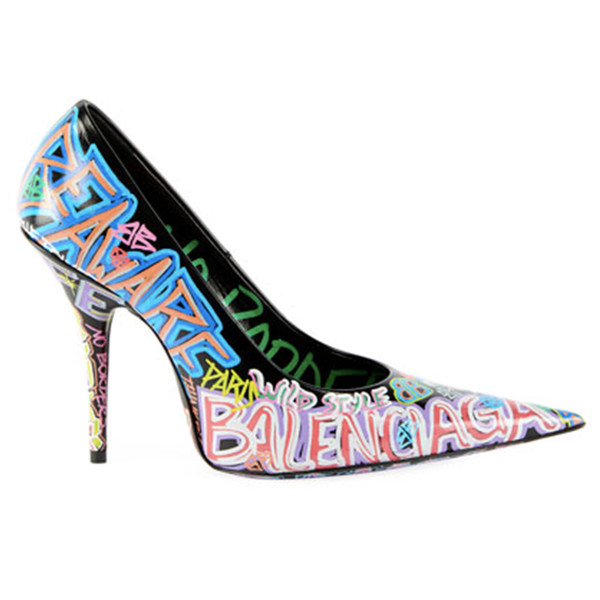 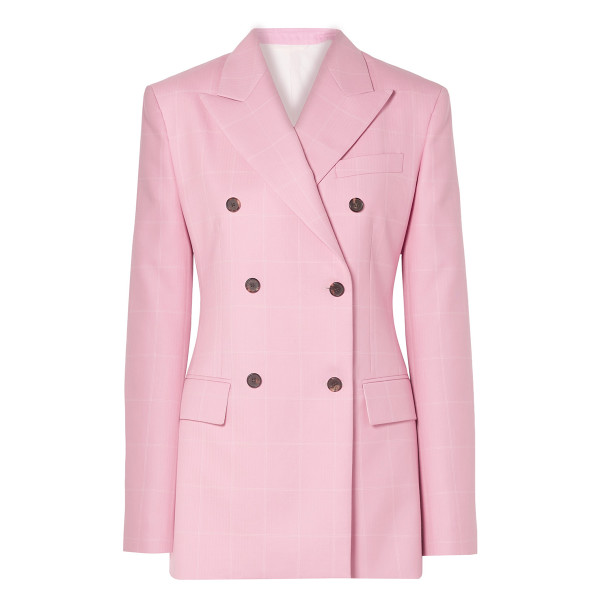 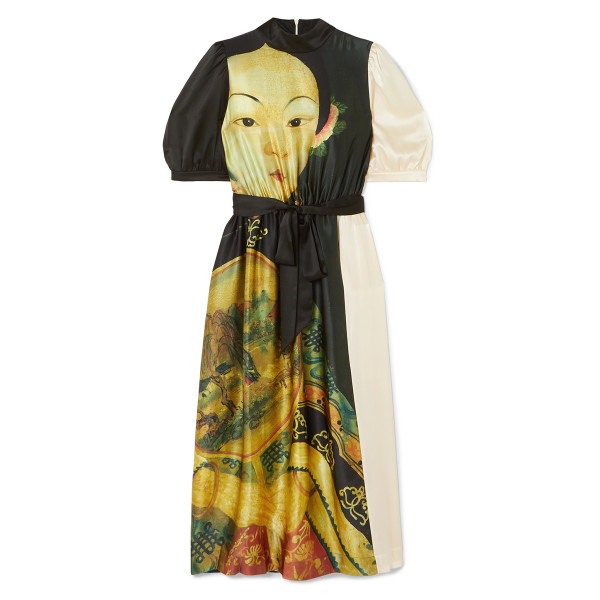 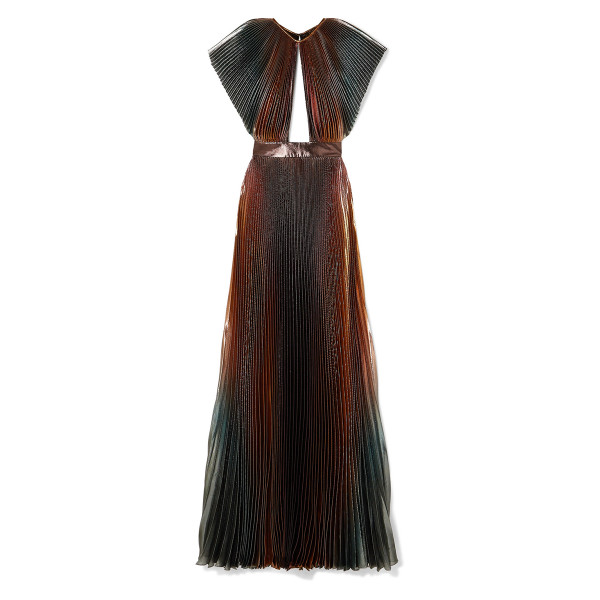 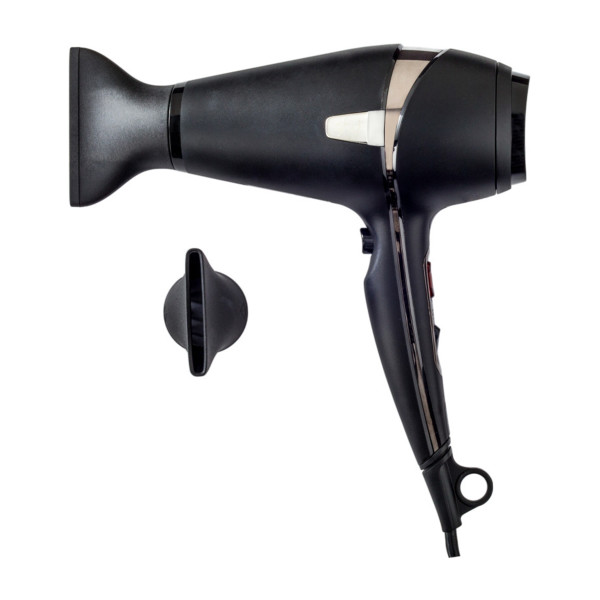 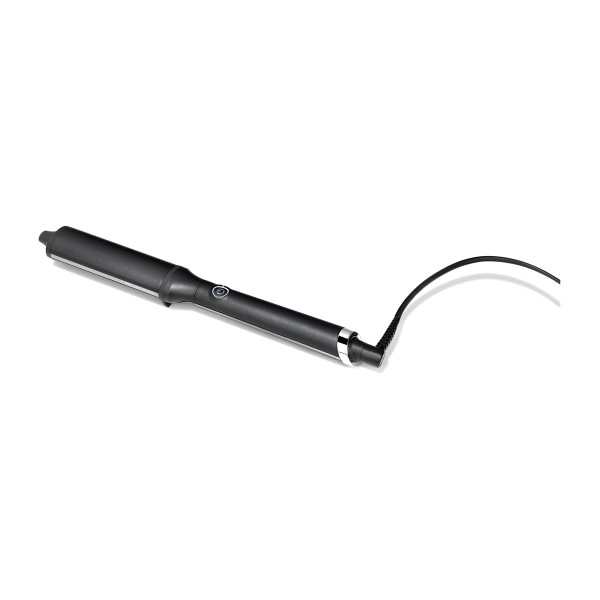 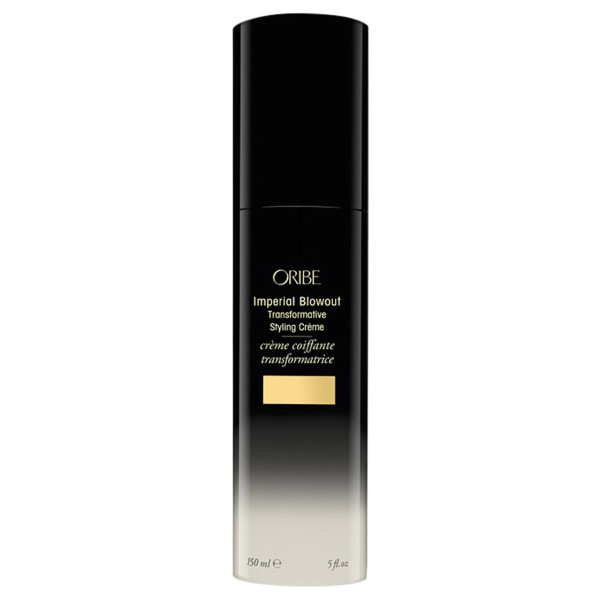 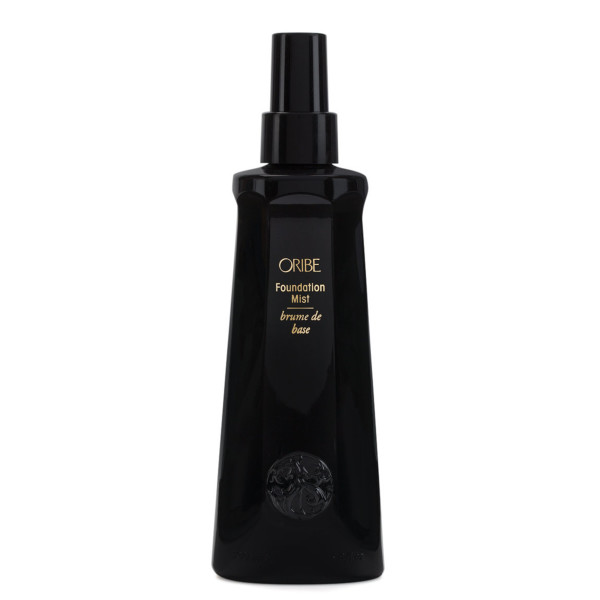 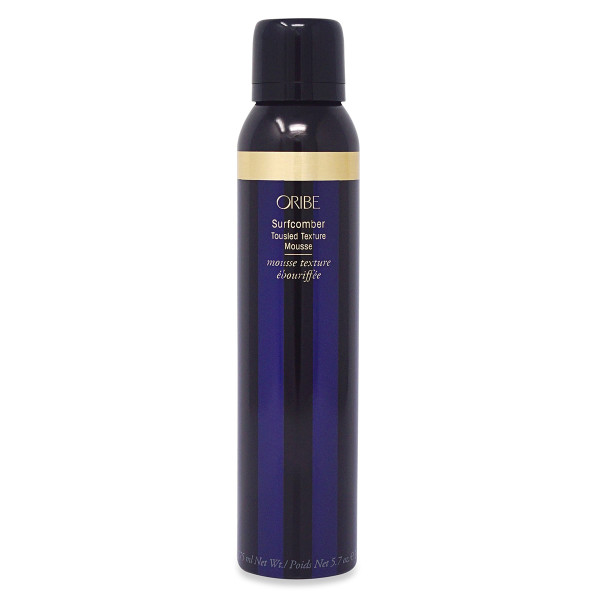 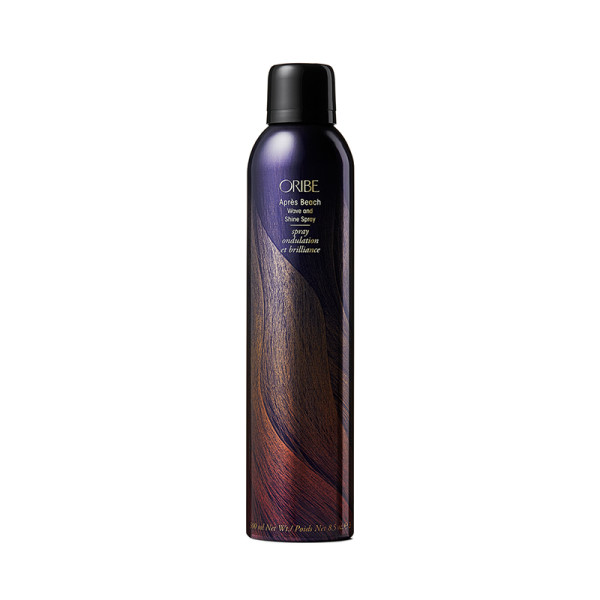 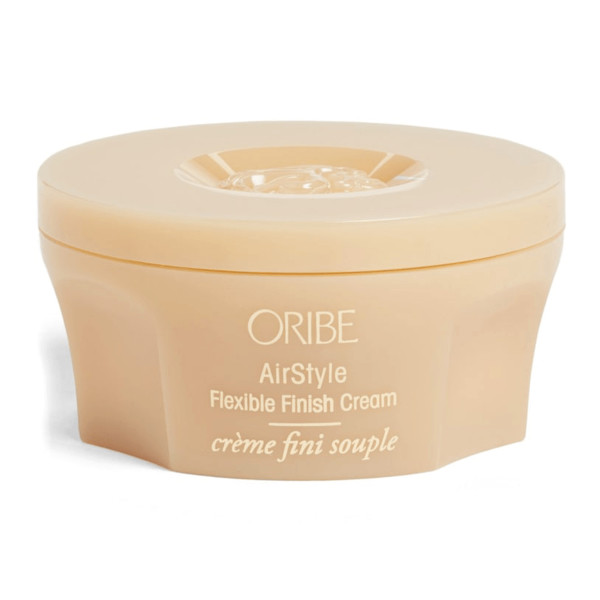 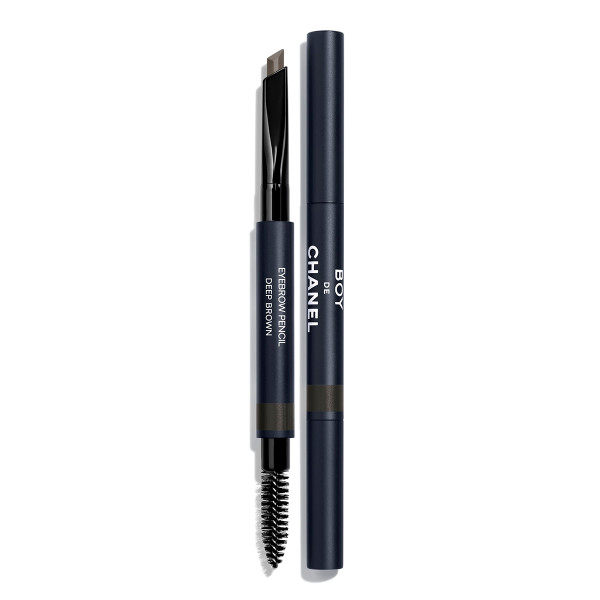 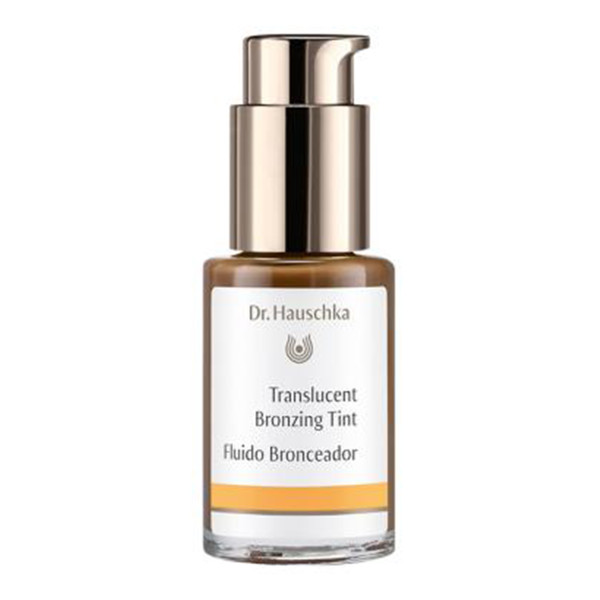 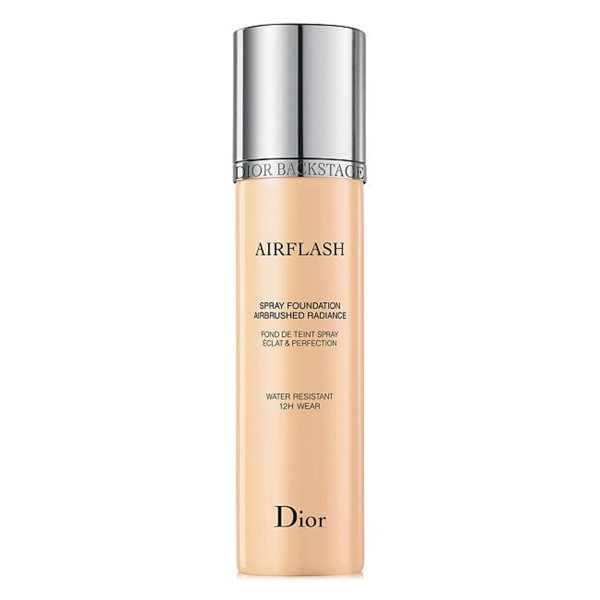 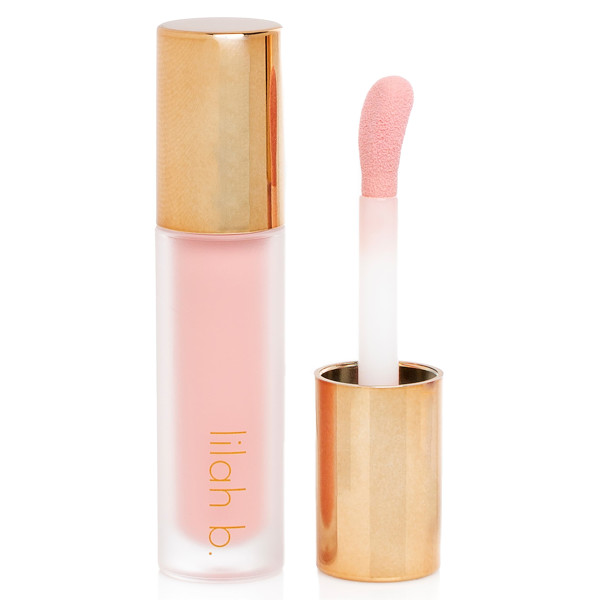 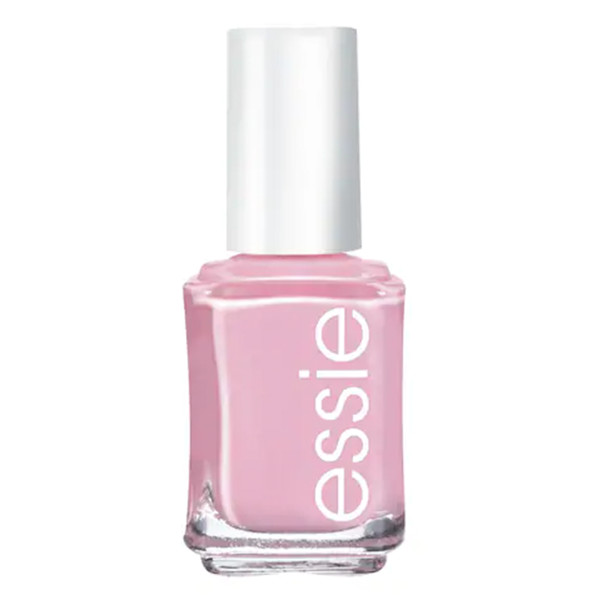 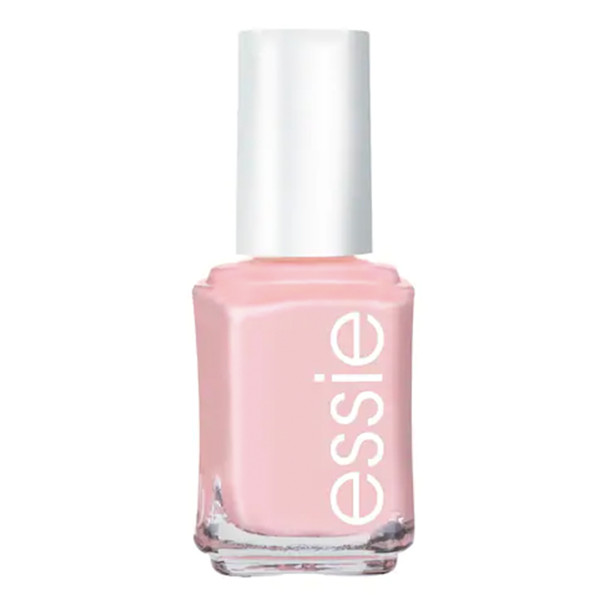 Zosia Mamet might show up at San Francisco Pride dressed as a unicorn. The actress loves unicorns and well, what better occasion for a hopeful costuming than a Pride Parade, on the 50th anniversary of the Stonewall Rebellion, marking the beginning of the modern gay-rights movement?

Mamet will be riding a Netflix float celebrating her new series, Tales of the City, streaming June 7, that picks up where the 1993 PBS series of the same name left off. When we meet Mamet at an outdoor table in a Manhattan restaurant on a warm spring day, the Met Costume Institute ball has recently passed, and we joke that maybe Gucci could make her a unicorn dress for the occasion (hint, hint.) “I’m a pretty simple gal,” Mamet laughs, pointing to her white Sunspel tee, comfortably frayed black pullover, and vintage Levi’s 501s, “but I love a unicorn.”

Based on the novels by Armistead Maupin about gay life in San Francisco in the 1970s, the new 10-part show continues the story of a chosen family united by Anna Madrigal, a matriarch played by Olympia Dukakis, who in the current first episode is celebrating her 90th birthday. Mamet plays a young queer documentary filmmaker working on a movie about San Francisco LGBTQ history—and flirting with a relationship with Ellen Page’s character.

The original series was a cult classic, and the team behind this Tales—star Laura Linney is an executive producer; Lauren Morelli, former writer on Orange is the New Black, is showrunner—hopes it will resonate with modern audiences who consume media, and discuss identity, in very different ways than in 1993.

“This iteration of Tales is pushing boundaries even further” 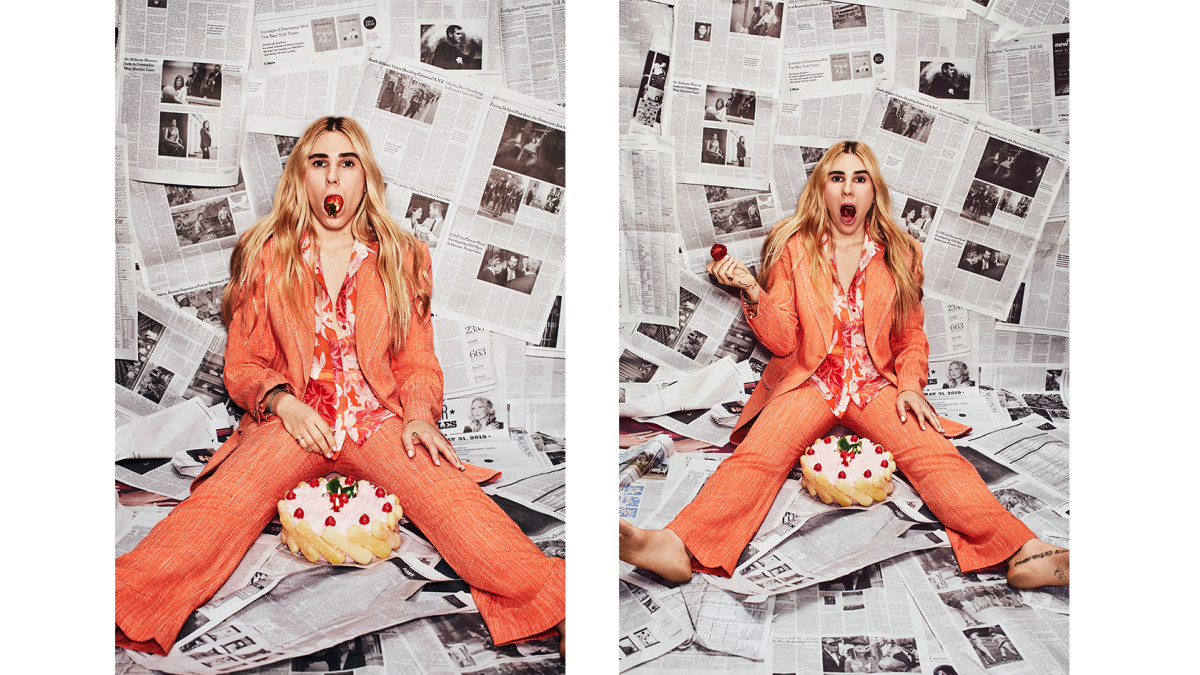 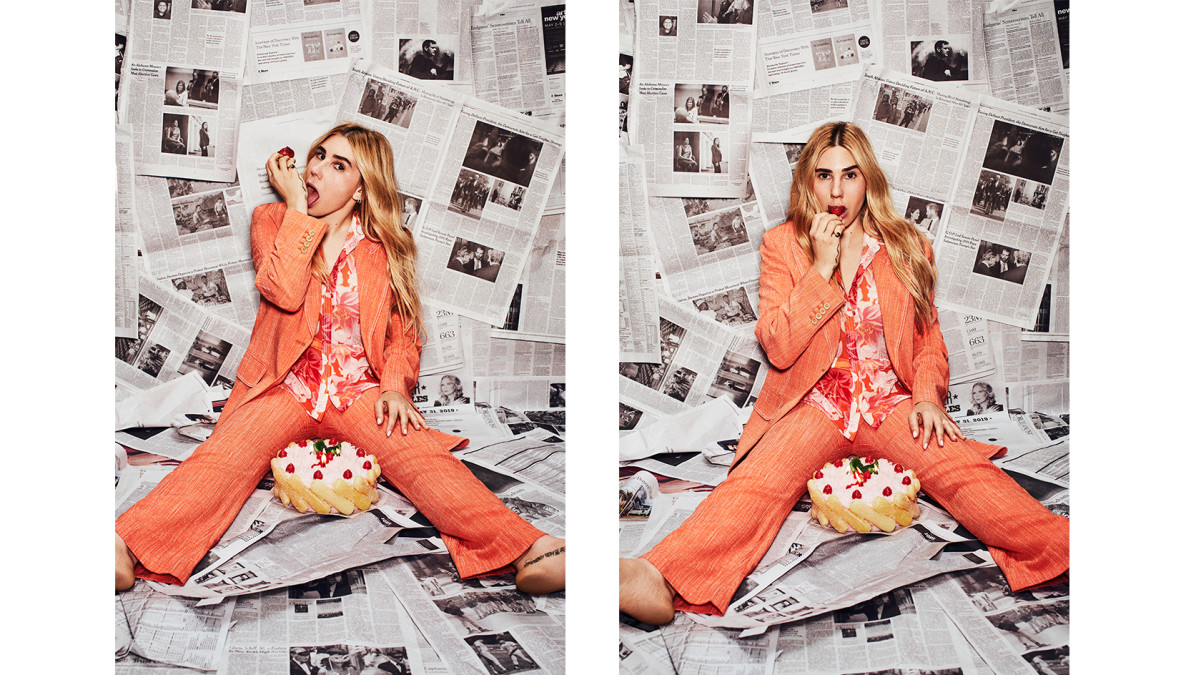 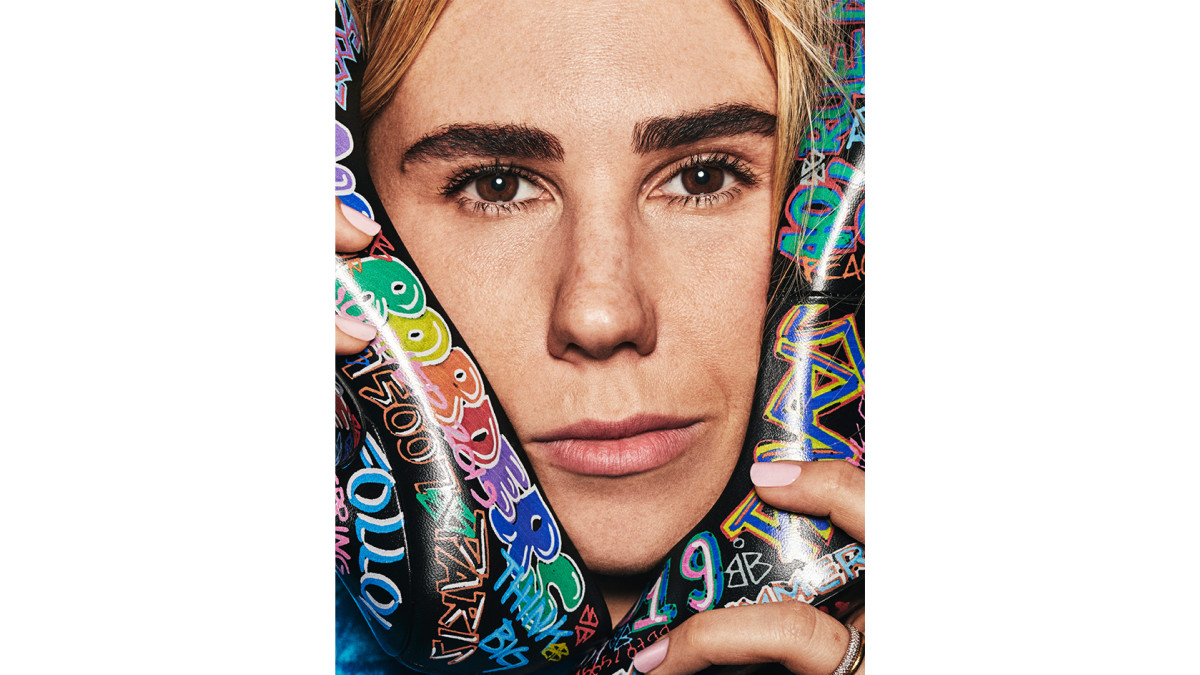 “The world is ripe for a show like this,” Mamet says. “We’re coming up on the 50th anniversary of Stonewall and there is a younger generation that is being educated and re-educated about people like Armistead and works like his. They’re galvanized and ready to fight. That they can see themselves in [this] is huge.”

Like the original, the series is funny, sexy, and full of heart. It addresses themes around identity, family, politics, abandonment, and truth—Anna Madrigal is a transgender woman forced to reflect not only on her individual history, but also 50+ years of erased trans history. The original Tales was bold for its time; Olympia Dukakis was one of the first actors to portray a trans character on television. “This iteration of Tales is pushing boundaries even further,” Mamet says. The characters come to life again with a magnetic, multi-generation ensemble cast.

“I’m a big believer in movie magic,” says Mamet, the daughter of playwright-filmmaker David Mamet and actress Lindsay Crouse. “I truly think when something goes wrong or a project falls apart, it all is for a reason. Growing up and watching my parents cast movies, almost always when someone would fall out, it would be like, ‘Oh my god, the movie is on the brink,’ and then the person they would get instead would be better in so many ways. So much of what makes a project great is that X-factor of the group of people that come together to create it.” And the set of Tales, Mamet says, had that, “down to the first team PAs, the people who are walking you to set every day. We got incredibly lucky on this set—everyone involved was a really wonderful human.” Executive producers Laura Linney and Alan Poul, along with showrunner Morelli, were committed, Mamet says, to “picking an incredibly diverse group of people in front of and behind the camera. There was this really palpable passion and reverence about what we were making. That’s something you can’t pay for. It’s like making something with love, it adds this extra thing you can taste but isn’t an actual ingredient.”

“There was this really palpable passion and reverence for what
we were making”. 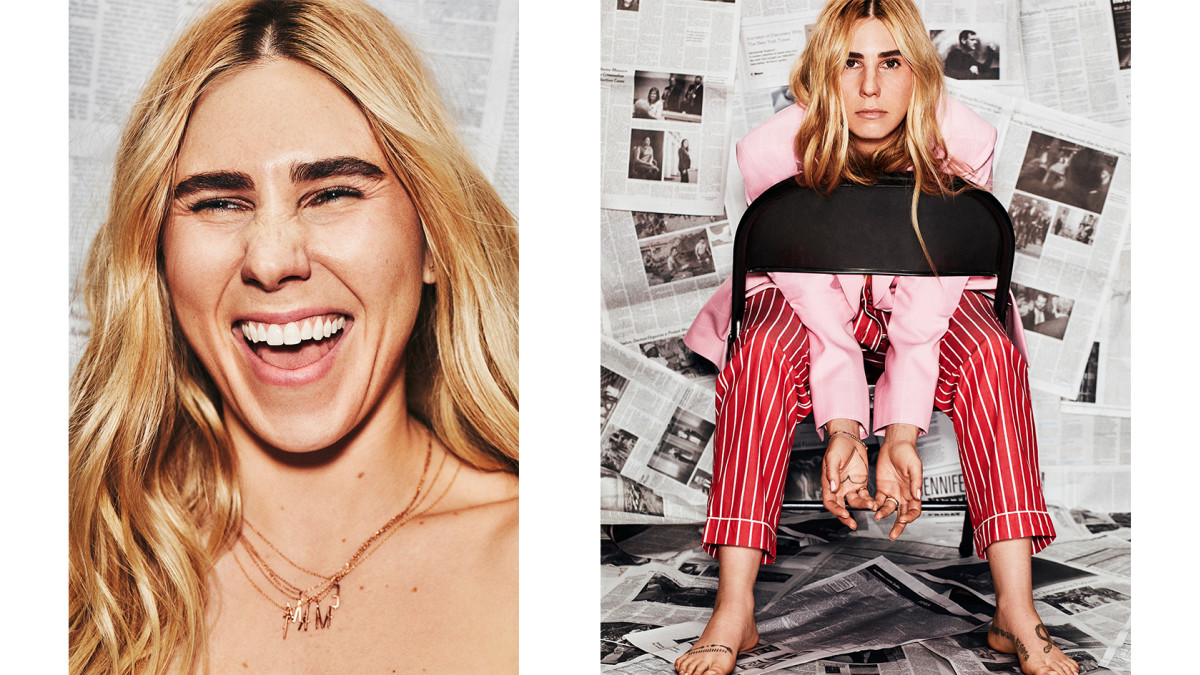 And Mamet looks for that magic consciously, in all her projects, since finding it and bidding it adieu with HBO’s Girls, in 2017. The end of that era, and her character Shoshanna Shapiro, brought up for Mamet “all the things, a myriad of emotions! I was excited to see what the next chapter was going to be. I was also really, really sad, it was also scary. It was a lot! After we wrapped in September, that following April when I wasn’t getting calls to come in for my fittings, I was like, Oh my god, it’s over!”

Girls gave Mamet “the luxury of being able to be much pickier, which is huge,” but she maintains a modesty: “This industry is brutal, and … no, I do not have the luxury … to just pick what I want to do.” She has actively pursued work that breaks out of the Shoshanna mold.

She starred in the indie dramedy The Boy Downstairs in 2018 (“Everyone involved was a dreamboat”), and shot one episode of Apple TV’s new show “Dickinson” (an Emily Dickinson coming-of-age story), portraying Louisa May Alcott. “It was an extra-jolly Christmas episode!” she laughs, but not a reach, as she grew up, she says, on Little Women and other books of its ilk.

“After we wrapped in September, that following April when I wasn’t getting calls to come in for my fittings, I was like, Oh my god, it’s over!” 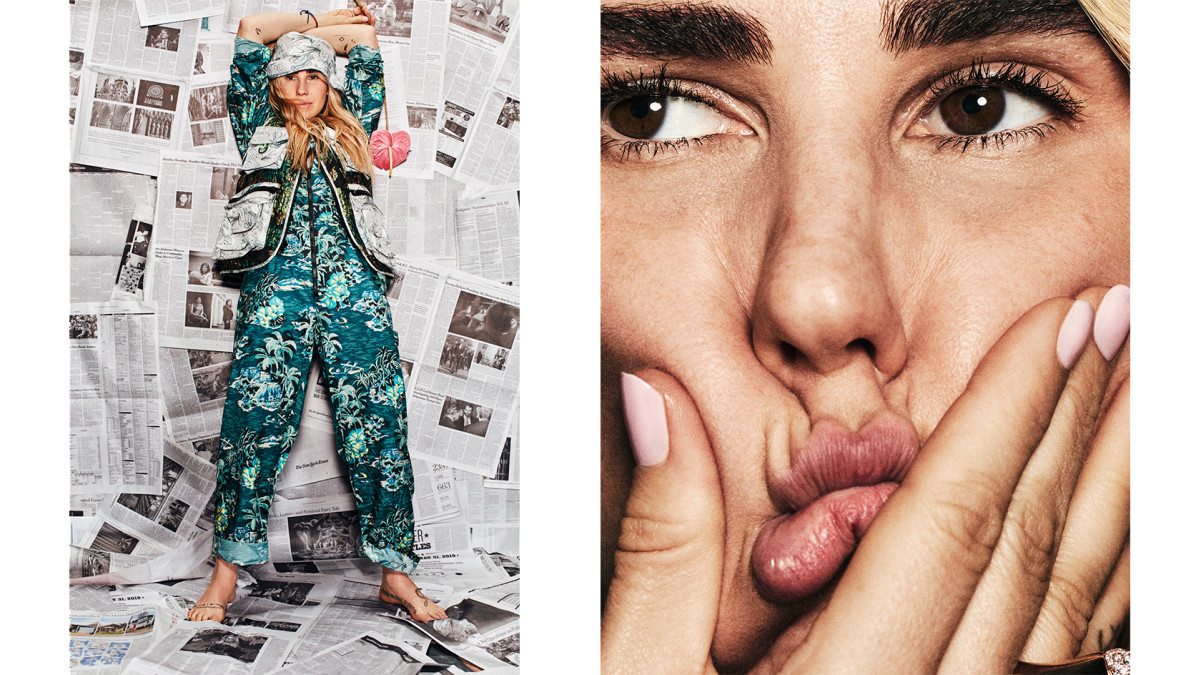 “Storytelling is such a wonderful, necessary thing, particularly during hard times in the world”

Mamet will happily take a smaller role, but she must love the project. Post-Girls, she says, “creatively, my standards are high. I have no issue doing one scene in a movie as long as it’s something I really want to be a part of, and there’s something to do there. I really have no interest in playing … 'furniture' roles, the roles of a girlfriend or a sister, where I am like, ‘She’s like a couch! She doesn’t do anything, but she has to be in the room, otherwise the room looks weird!’ I would rather not work.” Mamet is “open to whatever,” but would love to find another television series, something to “call home for awhile.”

The actress is married to Evan Jonigkeit, also a working actor, and the couple are both “very ambitious,” but “super supportive, and lucky we aren’t jealous people. We are conscious of trying not to be apart for long.” When they’re not working, they try to get out of their home in Manhattan, to their house in upstate New York. And Mamet is in the process of adopting a thoroughbred horse who will live upstate. “I’ve been riding horses since I was three. It’s always been a big passion of mine.” She’s also an animal activist, working with the pet shelter Best Friends Animal Society, that has a goal of being no-kill by 2025. Mamet was gifted a rescued mutt, Moose, by her husband five years ago.

“Creatively my standards are high.” 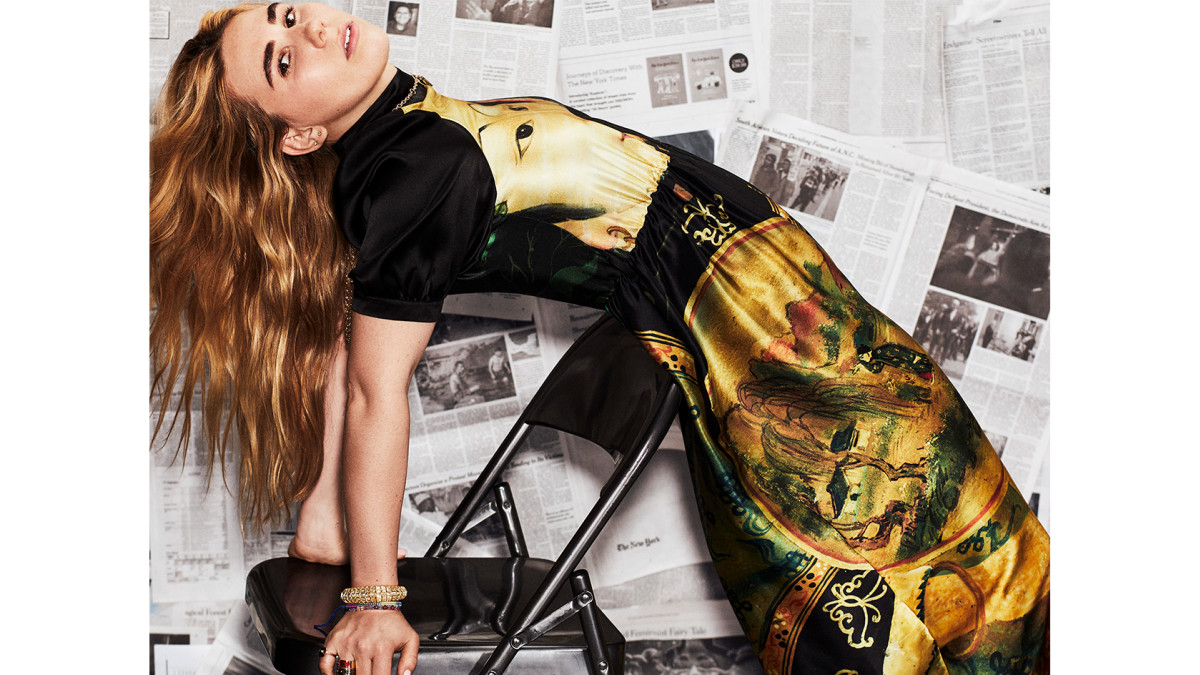 Mamet seems to have inherited from her playwright father a love of the word on the page. She read Maupin’s autobiography in prep for Tales, and she mentions several books in the time of our interview (A Little Life, by Hanya Yanagihara, Educated, by Tara Westover, Comfort Me with Apples, by Ruth Reichl). She wrote a column for Glamour during the Girls years, and is working on a novel. “The hope is eventually to write something for myself, to be in and produce. That extra aspect of creativity would just be so fun.”

Through Mamet’s Tales character Claire, a documentary filmmaker with some complicated motives, audiences are reminded of the elusive role of the truth in storytelling. “To a writer, a good story can be so overwhelming, that sometimes it’s hard to remember that you have to check it against the facts. Storytelling is such a wonderful, necessary thing, particularly during hard times in the world. People need good stories to escape. To be able to process their emotions when they’re too intense for them to process internally—to see them externally and be like, ‘Oh yeah that’s how I’m feeling.’ Storytelling is a crazy thing.” Indeed. We’re all ears.

“The hope is eventually to write something for myself, to be in and produce”. 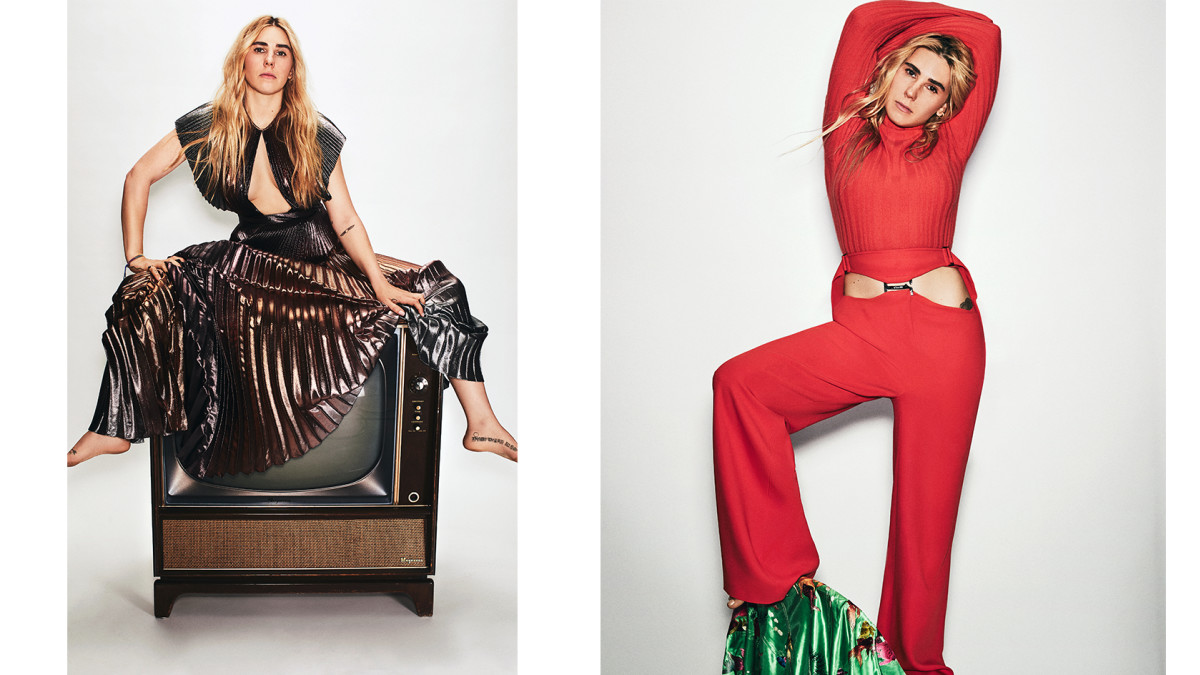 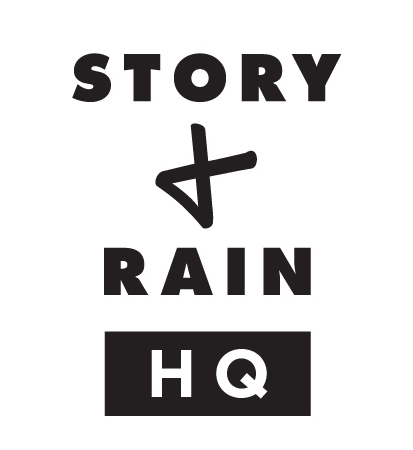