Getting Into Character With Along For The Ride's Belmont Cameli 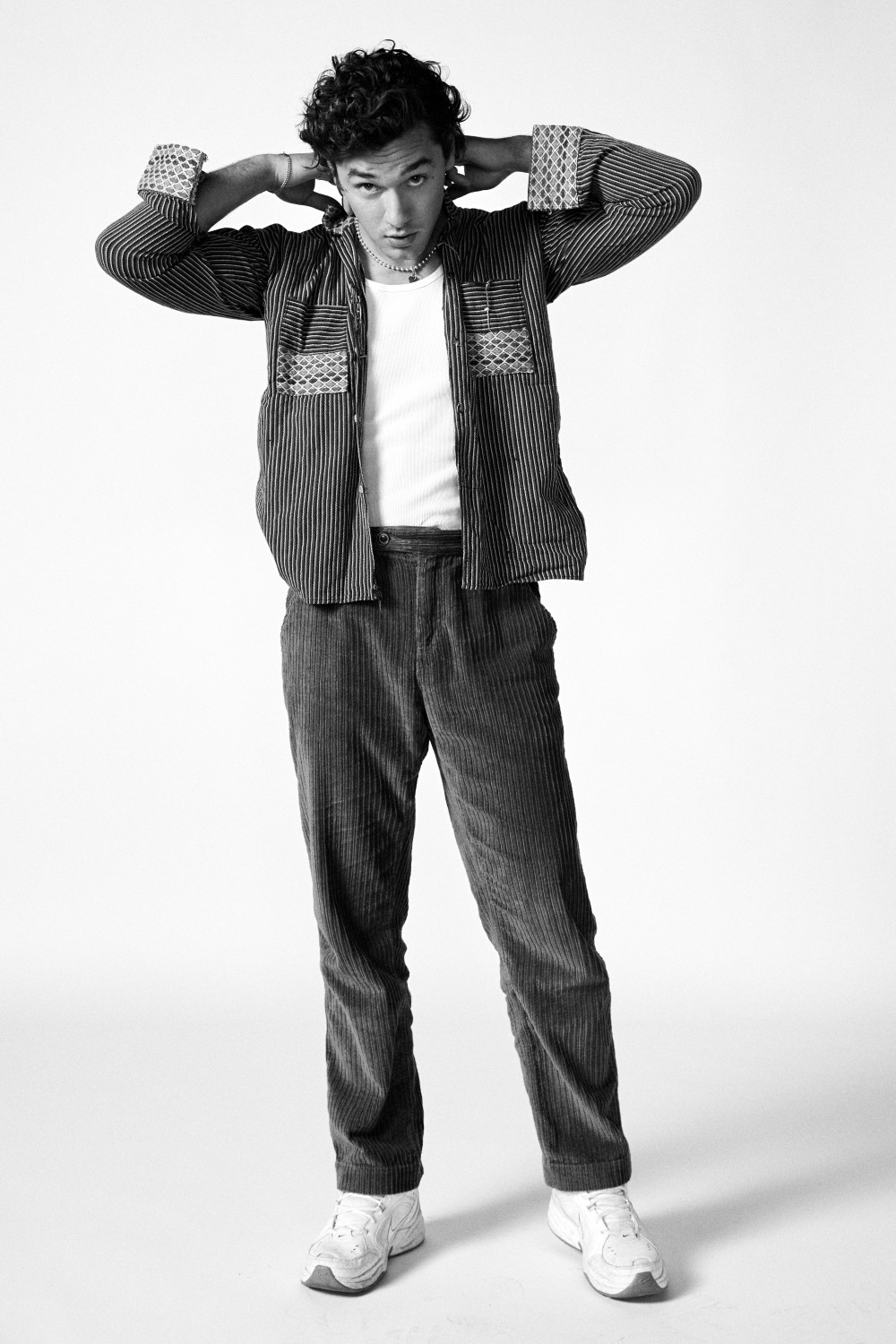 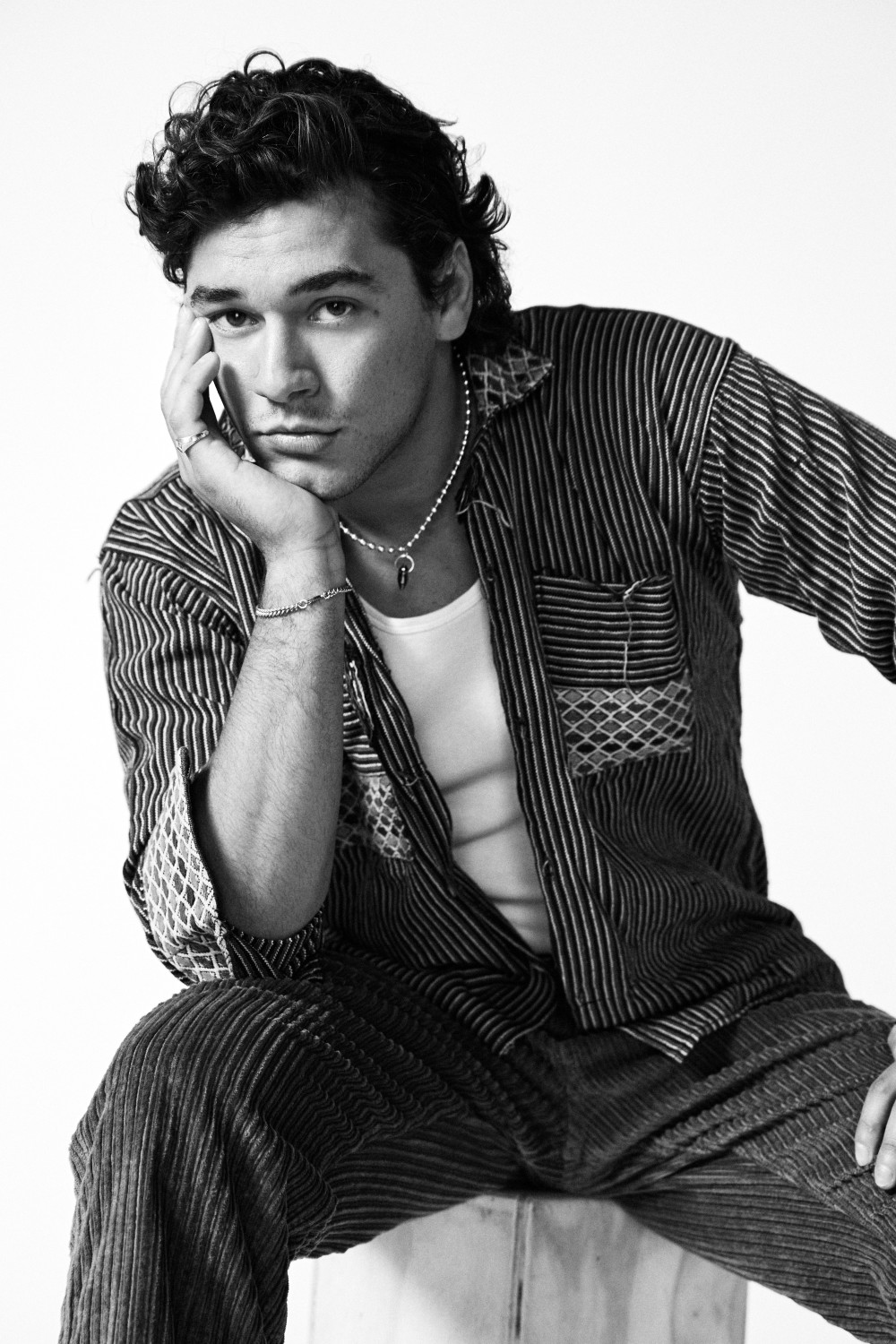 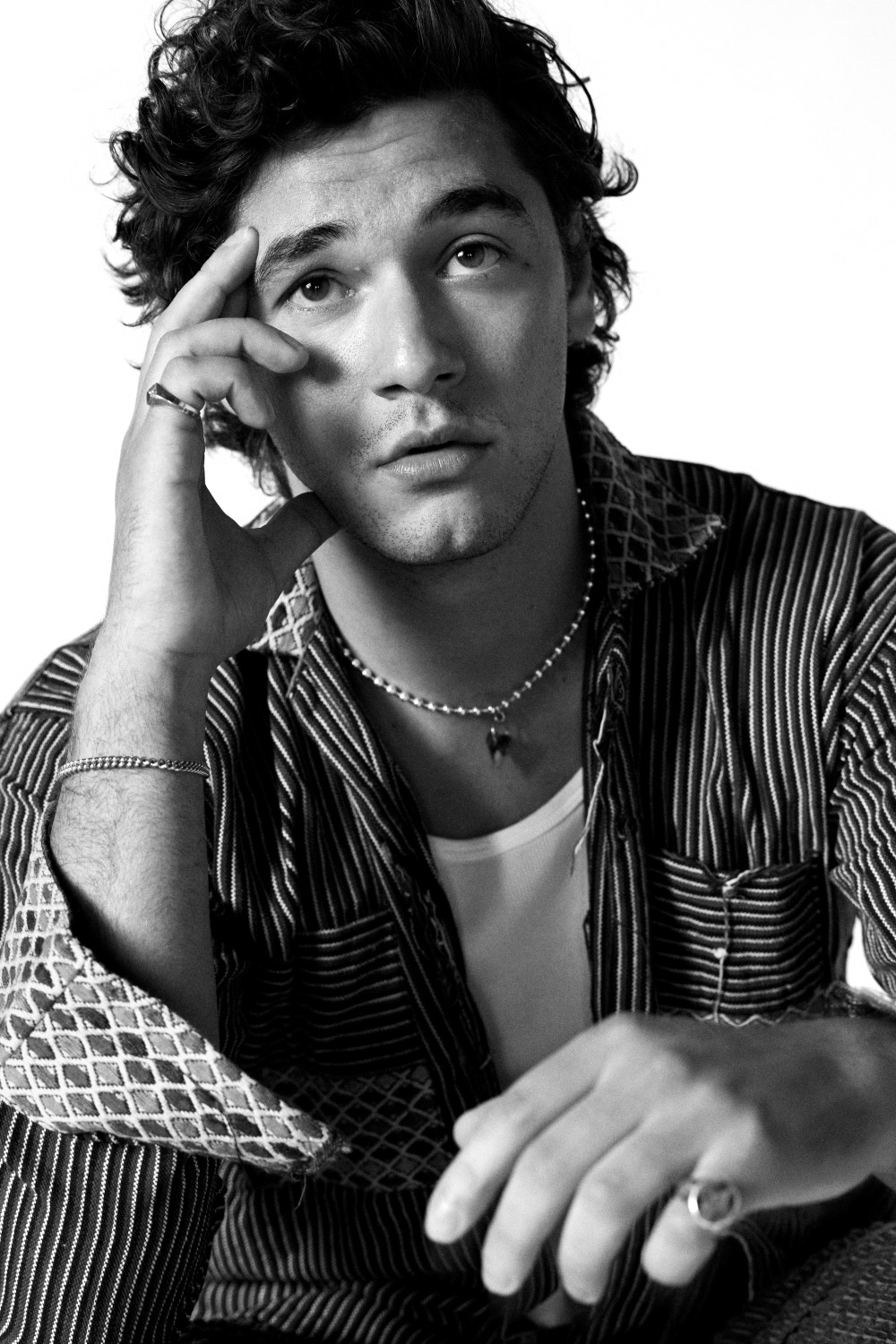 Belmont Cameli stars in 2022's perfect summer movie, as the lead opposite Emma Pasarow in Netflix's Along for the Ride, based on the best-selling novel by Sarah Dessen of the same name. Written and directed by To All The Boys I've Loved Before's Sofia Alvarez, and co-starring Kate Bosworth, Andie MacDowell, and Dermot Mulroney, Along for the Ride tells the story of a budding summer romance between a shy, studious summer transplant and mysterious BMX-riding night owl, Eli, played by Cameli, set in the seaside town of Colby. Known for portraying Jamie Spano in the Peacock reboot of cult-favorite series, Saved by the Bell, Belmont's previous credits include The Husband, Most Guys Are Losers, and FOX's Empire. A native of Naperville, Illinois, Cameli decided to pursue a career as an actor, and follow his life-long passion for film and the arts. Citing his own favorite summer stories like Grease and 2017's Baywatch film, on his Obsixed list of current obsessions, he also shares his appreciation for fresh air and fruit...and fashion. The actor enjoyed styling himself for our photo shoot, poking fun at each of his pieces, which we happen to think he puts together with total flair. We talked to Belmont about the intricacies of Eli and how falling in love helped his character take back control of his life.

How does Eli fit in, in this town of Colby? Growing up, Eli fit in great. Colby is a really small pocket of America, kind of like an Anytown, USA. It's so little, the people are so close, and everybody knows one another. Eli is such a part of that system and of that community...until the tragedy he experiences. He pulls away quite a bit, almost entirely, from his community. He's a huge part of the BMX culture in Colby, which is really cool. Boys, girls, everyone---rides BMX there. It's something that kind of tethers them all together, and Eli was a big part of that glue. Of course, his best friend Abe was a part of that as well. Eli is quintessentially Colby. He's a small-town guy who does what he loves and makes the most of his time with his friends, especially during the time the film is set within, between high school and college and a little bit later. Eli is a Colby kid through and through.

How does Eli deal with the trauma he experienced? Initially, he pulls away. A really big piece of who he is, has gone missing, and so Eli goes through a lot of survivor's guilt, revolving around the loss of his best friend. That manifests in him giving up his dreams and his future, which is something he wanted to share with Abe. In doing that, he still manages to be around bikes, working in a bike shop, and on his bike at night on the pier, when nobody is around. It's really difficult for him. There's a big vacancy in his world and in his heart, and instead of trying to fill it with something new, he just pushes it away and tries to forget about it. Through his relationship with Auden, love is reinvigorated within, which is the beauty of their relationship.

How does he go about forging a relationship with Auden? It's really natural. The conversations that [writer-director] Sofia Alvarez, and [actor] Emma Pasarow and I had about their relationship and how it comes to be, were really fruitful in that, it's not super-romantic right off the bat. They're feeling things...and they're getting together under the veil of the cloak of darkness, both of them being insomniacs. That allows them to hang out quite a bit. At first, Eli is really curious about who this new girl is and where she might fit into his life. Over the time they spend together, their love for one another begins to reveal itself through their commonalities, whether it's their trauma or their interests, but mostly the way that they are grieving or trying to overcome things that have happened in their past. I really love the slow burn that takes place between Eli and Auden, and how it takes them a while to actualize their relationship because they've got a lot going on in each of their lives. I think it would've been too difficult for them to come together so quickly, and I'm glad that it took them a while.

What does Eli love the most about Auden? Auden is in a similar predicament; he sees himself reflected in her. They hold a mirror up to one another, which is another beautiful part of their relationship. He's excited by the prospect that Auden didn't have a free, fun, loving childhood and he did, in spades. He had that, massively, it's all he knows. So he's really intrigued to go on a quest with Auden, to have her actualize her dreams of having the things that most kids have had and experienced. He's really excited by that, but he also sees an opportunity to rediscover himself, the parts of himself that were lost, with her. Both selflessly and selfishly, he's invested in Auden for all those reasons.

Auden tells Eli he's too afraid to be himself, that he avoids thinking about himself. What does Auden see in him so clearly, having just met him? Why are they able to connect? There's a phrase that we kept in our pockets as we went along filming, and that phrase is 'antenna people,' a phrase Sofia provided to Emma and I. Your antenna person doesn't have to be someone you know. Your antenna person can just walk into a room, and all of a sudden, your antenna lights up. You know they're around, and you're interested in them. You're intrigued. We identified Eli and Auden as antenna people. You can have it with a random stranger, and it's one of the best things in life, to come across someone you have an instant connection with, even before interacting with them. I also think Auden hearing quite a bit about Eli through the grapevine and the whispers in town plays a part. There's this mystique around Eli. Through their late night hangouts, and the divulging of their battles with insomnia to one another when they're at the movie theater---she can empathize with his situation. She's heard all these great things about Eli, but she doesn't see  any of it in him, so she wants to bring it out.

How does Eli feel after he starts to ride again? What makes him change his ways? Eli has come to terms with his loss at a certain point, because to deny this very real circumstance won't last forever. Auden allows him to revisit that part of himself. When he gets back on the bike, it's an homage to the love and the friendship he had with Abe, and it's also an admission that there is more in his tank when it comes to BMX; there is this sport that he loves. When he steps back into his place on the bike, it's him taking control again. If it weren't for the relationship he had with Auden, who knows if he would've been able to do that.

"I don't know what it is about a hotel restaurant, but it's fun to eat in the lobby. The last one I went to was in The Edition, in West Hollywood ."

"I'm obsessed with juicing, using my KitchenAid juicer attachment. My roommate and I will go to the farmer's market and buy fifteen to twenty pounds of oranges, and we'll have a fridge full of fresh squeezed orange juice."

"I like being a plant dad. I have all kinds of plants and they're flourishing---except for my banana leaf plant."

"I love getting fresh air, out in the desert. I like going to Joshua tree, because there's something about the way sound travels in the desert. I also like to go to Mount Baldy, to hike up the mountain."