Getting Into Character With Ella Hunt 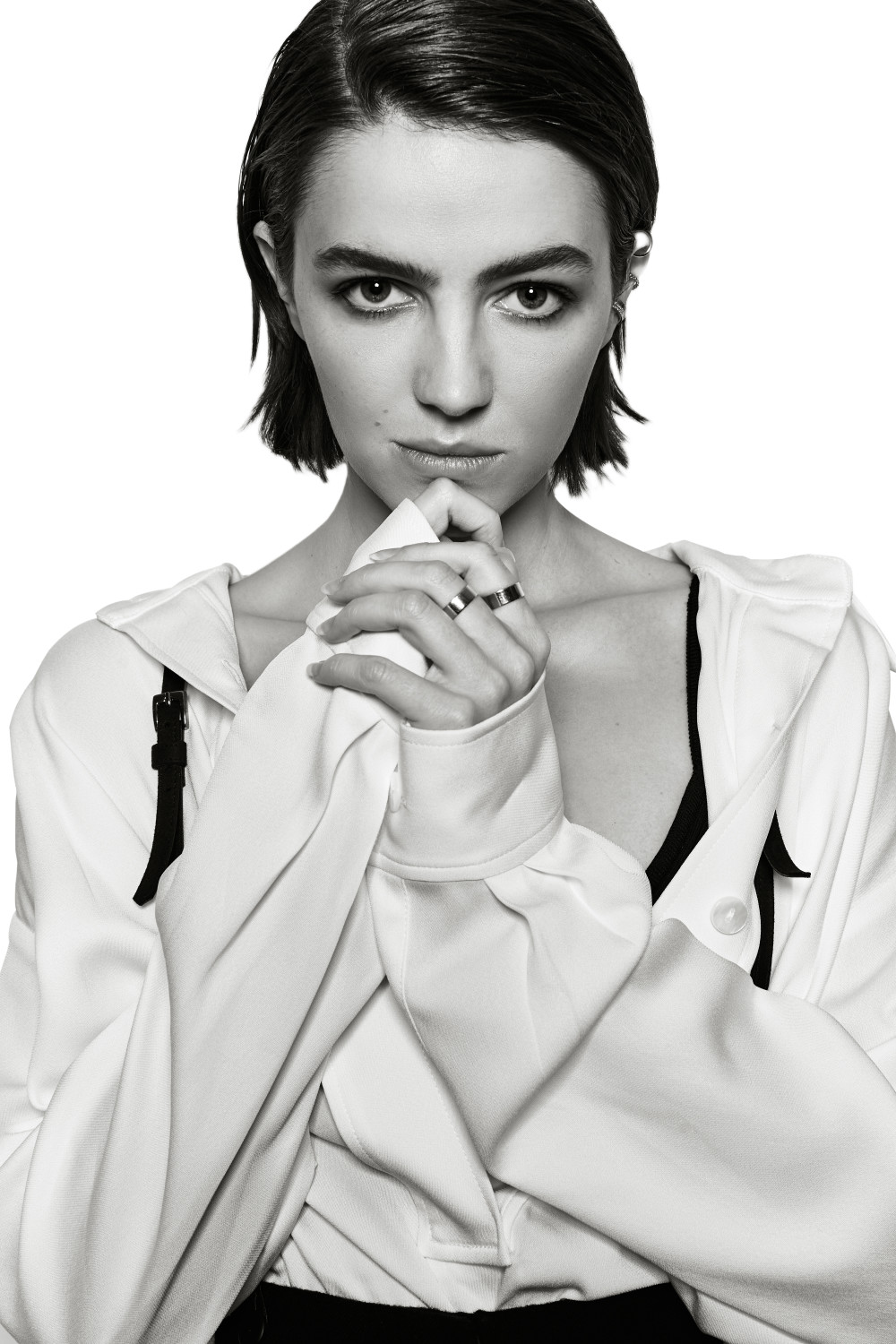 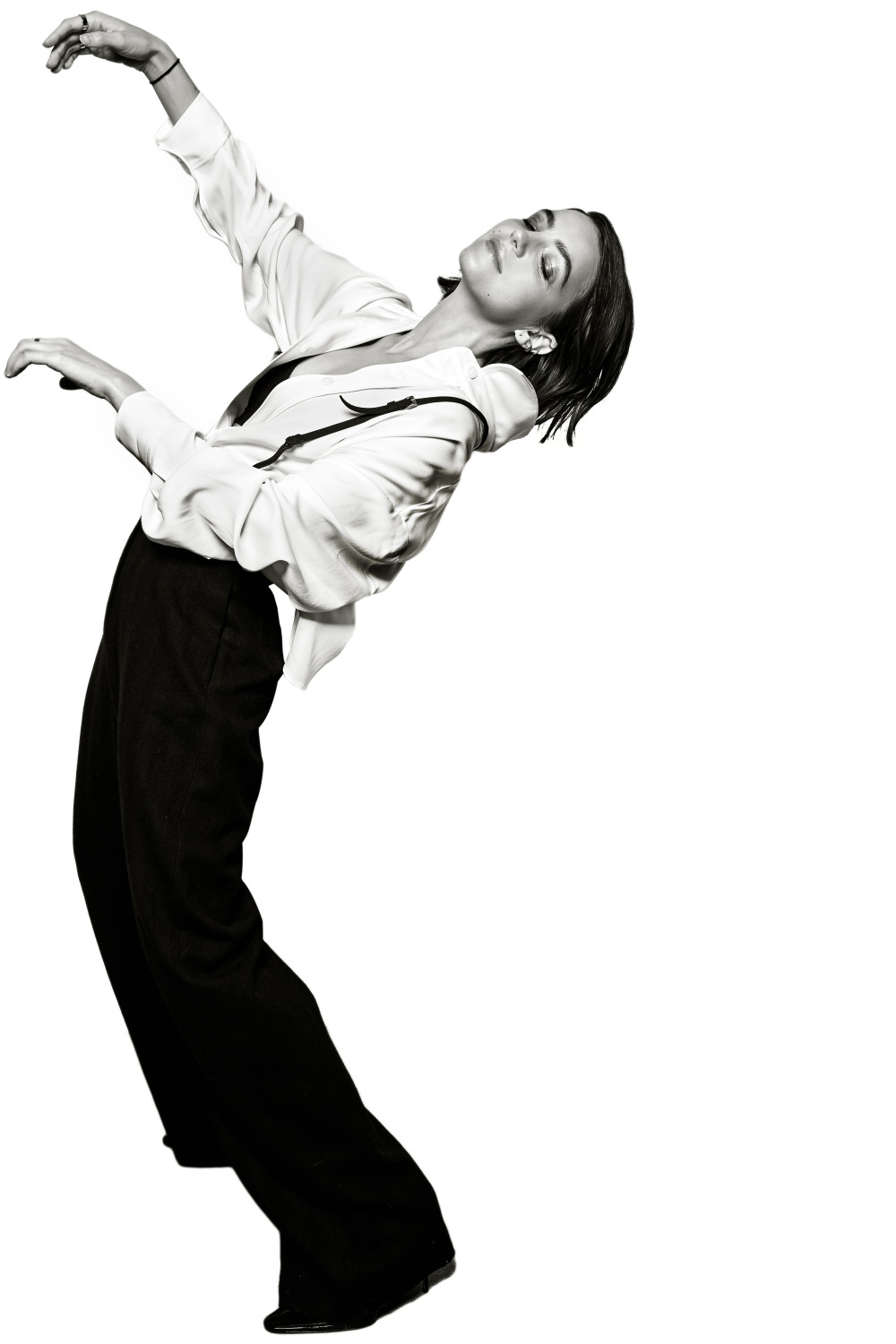 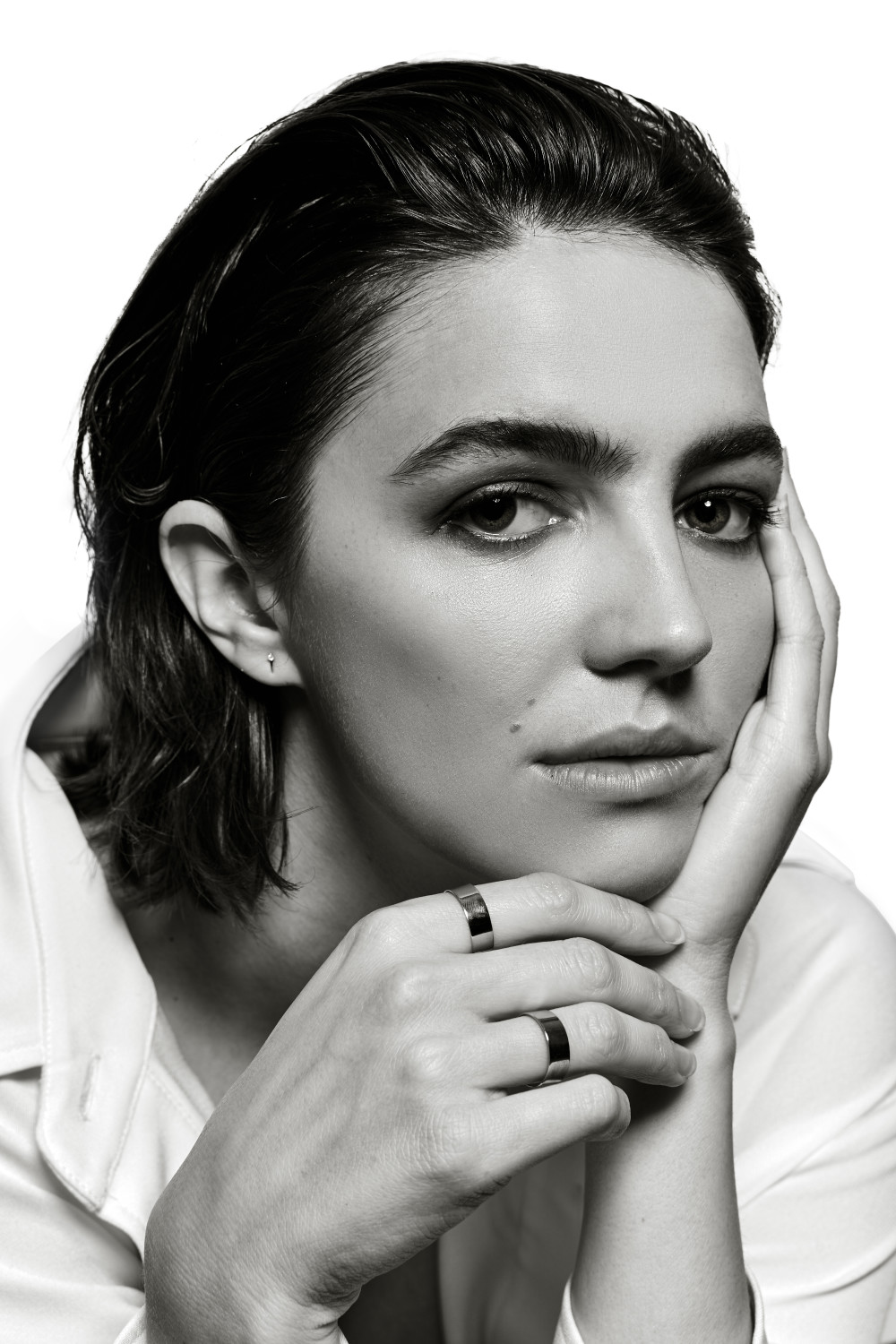 Ella Hunt doesn't believe in fate, but she believes it's no coincidence that the Dickinson cast collective is so passionate about music. Artists tend to fall into the right projects at the right time, she says. An accomplished musician, Ella loves the way the series uses music to heighten themes and connect to present-day America. She uses her singing chops on the critically acclaimed show, and recently experienced another kind of serendipity when time alone spent during the pandemic in a "long-distance relationship with humanity" caused her to explore how to continue developing her musical style and sound. The result of which can be heard by listening to her debut song Holding On and across her upcoming EP, titled Triptych. In reflecting on her experience as the show's final season airs, Hunt recalls she was instantly attracted to the unique writing by Dickinson showrunner, Alena Smith. Playing the complicated and progressive character of Smith's reimagined Susan Gilbert---confidant, muse, speculated lover---to prolific and groundbreaking American writer Emily Dickinson has been a thrill. During the course of Apple TV+'s three-season series, the 23-year-old says that being a part of it has caused the "floodgates inside of her to open"; she now has access to emotions she did not have access to in the past. Ella Hunt describes her Dickinson experience as foundational and meaningful, not only for her but for the show's other younger cast members like Hailee Steinfeld, who plays Dickinson herself. Ella spoke in depth with Story + Rain about playing Sue and about her profound experience on the television production whose goal was and is to inspire and empower, especially artists and young people, to live their lives and make their art exactly the way they choose to.

What was discussed, or what did you know about Sue Gilbert coming into this character three seasons ago?
I knew very little about Emily Dickinson coming into this character, and so I knew nothing about Sue Gilbert. When I auditioned, I’d only read the first episode of the show. I had no idea what direction this character was going to go in, but I was pretty enthralled from the moment I started researching. Sue and Emily had such incredible and profound dialogue and friendship, as seen through their letters to each other, and they had a romance. I was super intrigued by who Sue was as a person; she was this infamous hostess, and she brought extraordinary people to the town of Amherst where Emily lived. The hostess is not the person we meet on the page in the first season. She grows into that during the second season, and then she grows to a point where she’s still that marvelous hostess, but she’s not using the hosting as a medium to push her feelings away.

Describe the relationship between Sue and Emily in three words.
Profound. Heady. Messy.

What is Sue feeling for Emily at the end of season two? 'The only time I feel things, the only time I’m alive is when I’m with you' is what she says when she finally declares her love for her. And she says, 'I will never let go of you again.'
Sue has had so much loss and trauma in her life, and she’s living during a time of great restraint to all women. Finally, at the end of season two, she allows the chains of restraint to be broken, and allows herself to fully acknowledge that the only time she's able to connect to her emotions and feel like a full human being is when she is with Emily. She’s kind of at this momentous place at the end of season two. It's huge to see her stepping into her feelings for Emily, and into her feelings towards herself. Alena [Smith, showrunner] talks a lot about how during the current season, we get to see both Sue and Emily stepping into their queerness. There’s a beautiful episode where Emily comes out to Walt Whitman as queer, and she fully declares her love for Sue. We had so many gorgeous conversations behind the scenes about wanting to see that in these characters, both individually and together.

Sue’s perception of Emily’s family comes up at several points, and in one particular moment, she’s agreeing with her brother about how they are stifled by their father. How exactly have you portrayed Sue’s opinion of Emily’s upbringing and family dynamic?
It’s a very complex space that Sue inhabits with Emily because she's so entwined in the family, yet always, since day one, she's been the outsider in the family. She’s always been overwhelmed by the Dickinsons and able to see them for who they are. In a way, she oftentimes plays the role of the audience: she’s the watcher; she’s the eyes. It’s difficult for Sue to tread the line, to be respectful of Emily’s family while trying to show Emily how they stifle her, and especially when it comes to how Emily's father has treated her. Sue also has her own unconscious bias. There are many layers to their dialogue around family this season. Sue really wants to build a family with Emily and her baby, and at the beginning of the season, she wants to completely erase Austin from the family dynamic. Austin is an irresponsible father; we find him as a drunk at the beginning of the season. Sue has had such negative experiences with men in her life, so she's only seen negative role models for the patriarch. She can’t imagine how she could build a beautiful family dynamic with Austin. At the beginning of this season, Sue is so keen to build a family with Emily and just run away. Emily, quite understandably, can’t see how that could be possible. I love that we get to see Sue and Austin working to find an unconventional dynamic.

Is Sue being realistic about her and Emily being together and raising her baby together?
Something I think about a lot is how difficult it must have been to be queer during a time when there were no conversations about how you can conduct a queer relationship. And so, in some ways, they are pioneers. Sue is dreaming up a way of being together. Maybe it isn’t realistic given the time they’re living in, but in terms of building a relationship with someone---it’s completely realistic to want those things and to push your partner to see it. Sue’s heart is in the best place this season, in terms of what she’s asking of Emily. The two of them, unfortunately, are ahead of their time.

Emily calls herself “Uncle Emily” when addressing Sue’s baby.
I remember having a conversation with Hailee [Steinfeld] and Rachael [Holder], who directed that episode, about how lovely it was to shoot that scene. It was a special day. The writing was so open for Hailee and I to interpret. I had a few days on set this season where I felt my heart pouring open. We shot this season mid-pandemic, and I felt very much in a new chapter of my own life. I felt so emboldened by the love in my life and I wanted to imbue my character with it. I’ve not felt able to do that before, and I really led with that this season. I led with being playful, allowing my character to feel as much as she could possibly feel. I both felt the least prepared I have ever felt, and the most feeling that I have ever felt.

One of my favorite lines is when Sue won’t let Mrs. Dickinson hold her baby, and she says, ‘let him be a Gilbert for now.’
That is one of Alena’s favorite lines too. There was a very specific note in the script about how that line affects Emily. Up until that point, she’s trying to understand why Sue is being the way she is about her baby. That line provides the context that Sue doesn’t have a family of her own. A stark contrast between Sue and Emily is that Sue is an orphan. Having this baby in her life means that for the first time ever, she has family. That was a line that really needed to hit home.

‘What if I need more than your poems?' is a statement from Sue to Emily this season. How do you think that made her feel?
It can be frightening and upsetting in a relationship when you think you know how to give love to your person, and you learn that it might not be enough. It comes from a beautiful place. She wants Emily to give in the way she knows she can.

'Fathers are not good nurturers' is another statement by Sue this season. She’s progressive, but in this way she sounds very traditional.
The patriarchy affects everyone. It affects how even the most forward-thinking, liberal of thinkers think. In this instance with Sue, because she has only seen negative examples of fathers and men in the world, it makes sense coming from her character. In that moment, she isn’t able to see past her own experience of 1860 and the patriarchy.

In real life, Sue received many of Emily’s poems and was a real sounding board for her. What do you think it is that Sue sees in Emily’s art, specifically?
Sue is able to see something that the other people around Emily at the time do not because of the lens of the patriarchy and the time they’re living in. People aren’t able to look at Emily as anything more than her being a strange girl, unconventional, essentially a spinster, someone who doesn’t leave her room very much and writes strange things. Sue was always able to look past that and see brilliance and the ahead-of-its-time quality of Emily’s poetry. Emily’s writing broke so many boundaries of poetry at the time and has really informed so much of how people write today. Something that excited me about my character, coming into the show, is that Sue was someone who had incredible taste and attraction towards genius. She invited so many extraordinary people to visit Amherst. I couldn’t believe that these two women found one another! For their time, they were both quite ‘difficult’ women. Their values and the way that they chose to conduct their lives would definitely have been seen as difficult. We see during seasons two and three that Sue’s conducting her life in a way the Dickinsons don’t deem proper. Sue is conjuring a different life for herself. She's ambitious and willing to look past the box that people like to put women in.

"Yesterday I stumbled on a musician called Self Esteem. I'm so obsessed with this musician and their song, 'I Do This All The Time'."

"I just finished reading Klara and the Sun. It's such a gorgeous novel. Ishiguro really creates this sense of mystery about the world, without giving all of the answers. You're constantly in a place of inquisitiveness."

"@yungkombucha420's Instagram is my joy. I love watching the things she bakes and makes. I ordered one of her cakes recently for my partner's birthday."

"My makeup artist, Carolina Dali is a total genius. I'm completely obsessed with everything she does. Her thinking is very out of the box. She always makes me feel fabulous and unique."

"I'm renovating my bathroom, and I just want to live in the realm of Cle Tile. I love everything they make. There is a tile called Zellige that I'll probably end up with."

"Todd Haynes' The Velvet Underground is such an extraordinary documentary, and the aesthetic is so unusual I found it completely inspiring. It made me want to be more strange."