Getting Into Character With Shining Girls' Phillipa Soo 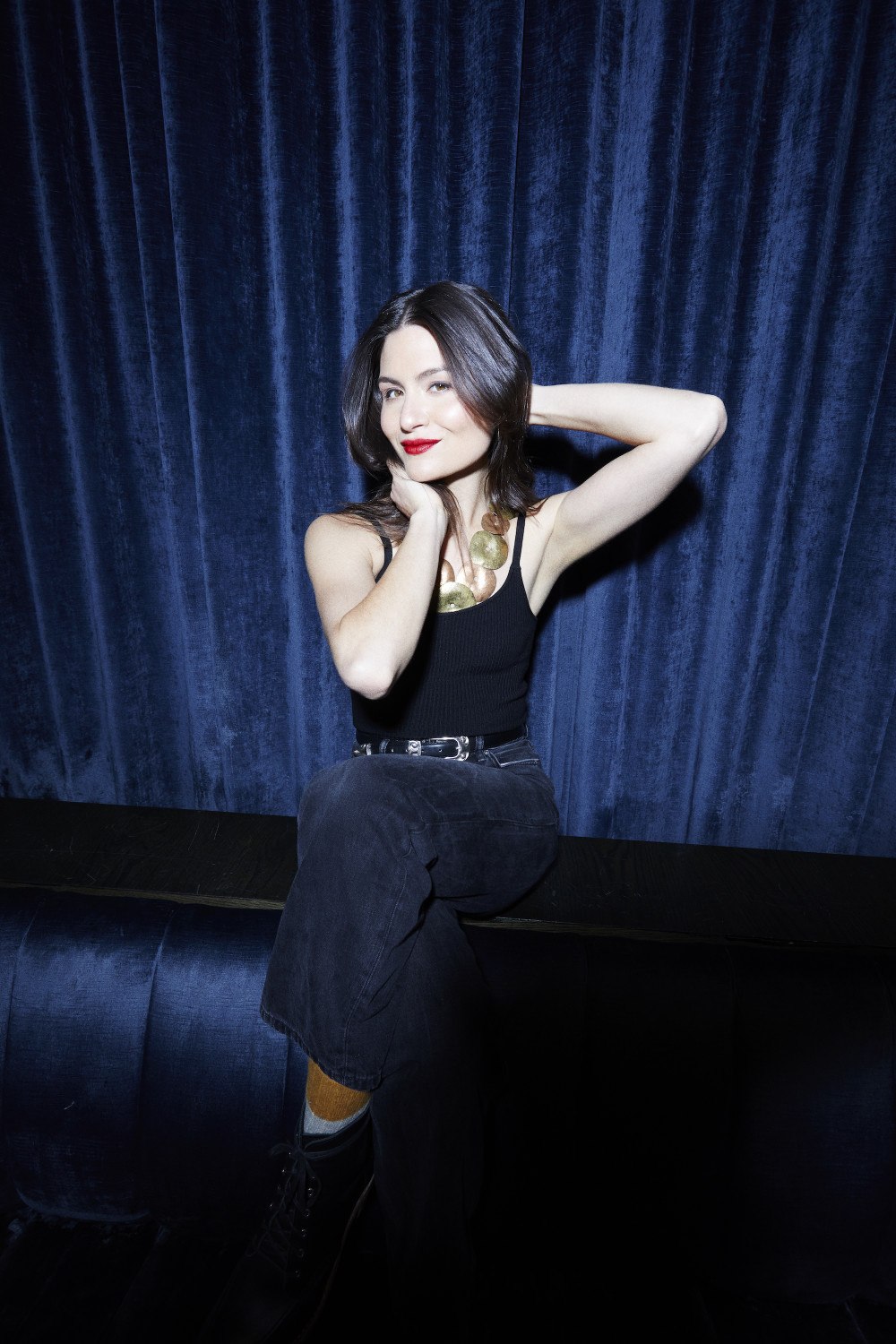 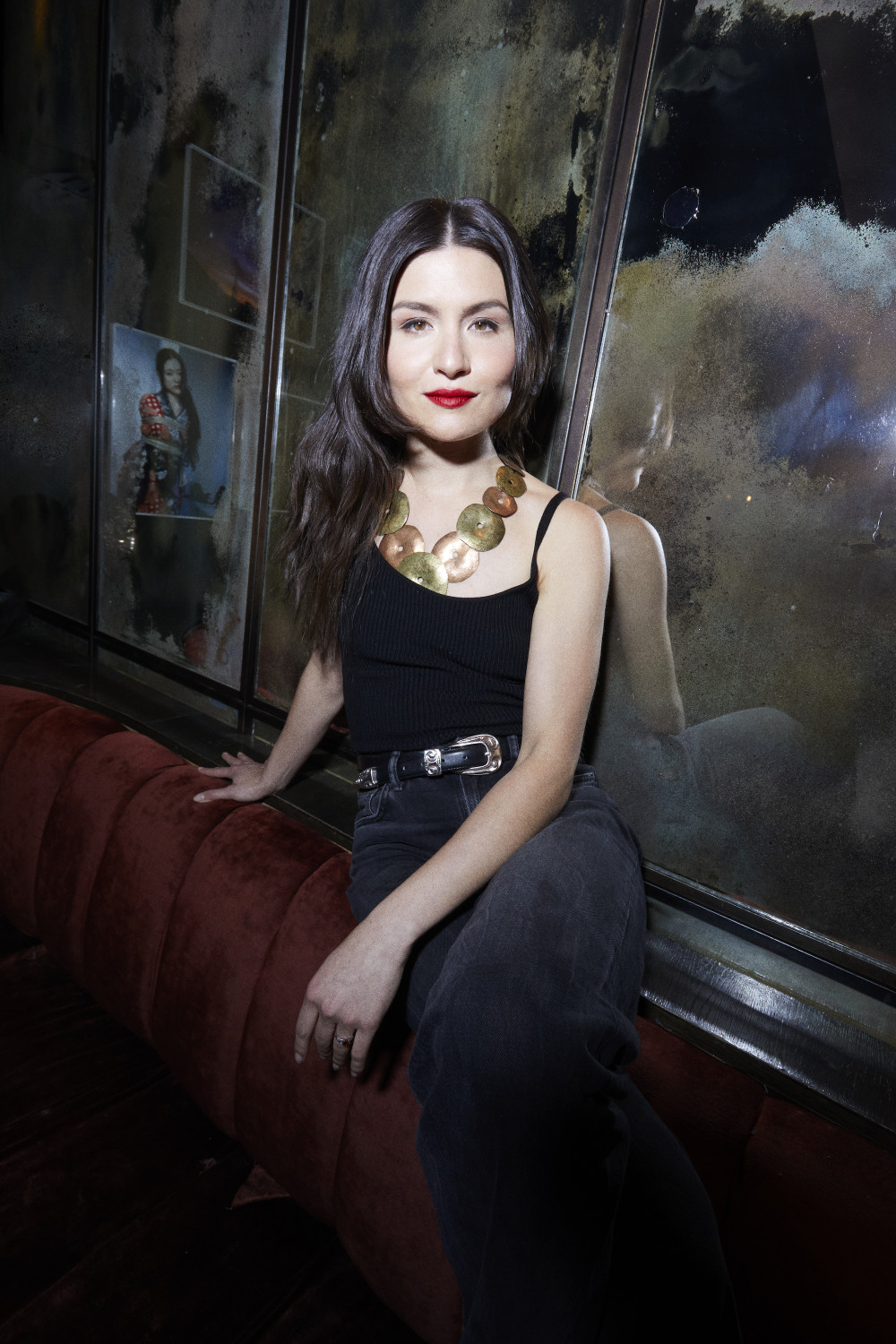 Best known for originating Eliza Schuyler in Broadway’s smash hit, Hamilton, Phillipa Soo also earned a 2021 Supporting Actress Emmy nomination for her work in the film version, currently streaming on Disney+. Also currently streaming, Soo can be seen in Hulu’s Dopesick opposite Michael Keaton, Peter Sarsgaard and Kaitlyn Dever. While she's currently back onstage in The Public Theater's Suffs, her most recent role on television is on AppleTV+'s nail-biting thriller, Shining Girls, based on the 2013 best-selling novel by Lauren Beukes. The series takes place in part in 1990's Chicago, and Soo tells us that shooting in her native Windy City provided a moment to reflect on her career, giving her a newfound perspective on where it all started, and also providing a welcome connection with the production's mostly midwestern crew. Playing character Jin-Sook who works in the city's iconic Adler Planetarium "was an actor's dream," and Soo tells us that working closely with leading character and star Elisabeth Moss, whom she calls "one of the best people at this job out there," was such a treat and a gift. Phillipa learned so much, not just by watching Moss as an actor, but also as she directed a couple of episodes, calling it "a masterclass in storytelling and in work ethic." Soo also tells us the role challenged her on stamina level, noting the running and heavy breathing involved in shooting a thriller. In taking on this role, Soo enjoyed digging into the similarities between what an up and coming scientist is trying to accomplish with their work and research, "getting people to care, and engaging with the community," to what young artists such as herself, are also trying to do. Feeling a connection to Jin-Sook in that way, we talked to Phillipa all about her treasured role as a scientist, one whom she calls "incredible, bright, and determined."

Harper is a time-traveling serial killer in this story. What does that mean for your character Jin-Sook, who, when we meet her, is Harper's potential prey. How is she experiencing life? I'm not sure Jin-Sook fully understands what's happening until she connects with Kirby. The beauty of this story is that there are multiple realities and multiple possibilities, based on past trauma. Because Kirby is the lone survivor, we're able to see, in real-time, through Kirby's perspective, how all these pieces are fitting together. Jin-Sook becomes a part of that puzzle. Ultimately, there's a beautiful friendship and comradery being formed, by simply trying to thrive and survive. And at the same time, a shared anger for this serial killer. How dare he try to take away something I've worked my whole life for? In Jin-Sook's case, it's a work presentation that she's preparing for. In Kirby's case, it's being a journalist. There's this quality about them that he has disdain for; they make him feel small.

How do you describe Jin-Sook as a 'Shining Girl'? Harper targets Shining Girls, or girls who shine bright with incredible potential. Jin-Sook is a determined, up-and-coming, aspiring astrophysicist, who has, not only a love for what she does, but a love for engaging with the community. There’s something about her determination that Harper sees, that makes him feel small and inadequate. He wants to take it away. As a sociopath and a serial killer, he wants to have some sort of power. Jin-Sook's point of view is to make sure he doesn’t take it away from her, and that’s driving force behind what she's doing.

Jin-Sook is a researcher in the field of science, working at the Adler Planetarium. Because of this, she's able to embrace this idea of time travel, and therefore become a great support to Kirby played by Elisabeth Moss. Kirby throughout this story is trying to understand her experiences and her reality. What exactly makes Jin-Sook take this leap of trust with Kirby? There's something that Jin-Sook sees in Kirby. Ultimately, she doesn't know why, but she trusts her. She knows that there's a reason why she's here. Here you have the most logical person, who has to have a reason for everything; there has to be an explanation, and she is faced with something that might be inexplicable. Kirby's appeal to her, I think, is what ultimately makes her realize she needs to take this into consideration, that there's a real threat present here. That's what I love about this story. There's this element of, yes, science fiction, but also science fantasy. There's a magical element to the house. What could it be? What could I possibly say that could scientifically explain this away? Jin-Sook is faced with the potential that she can't.

How do you characterize her relationship with main character Kirby? Without giving too much away, I think that there is a real friendship that forms. It's a very specific reality in which Kirby and Jin-Sook meet. There's also a reality in which they don't. In the version where they do, a very deep bond has formed, and I can only really describe it as, you know when you meet people, and you think, 'I've known this person forever, and I don't know why.' I like to think that this is an example of that. Maybe in another life, this person was there. I think that's what they're experiencing together.

How does Jin-Sook's reality shift across this story? Jin-Sook's reality doesn't shift until the moment she realizes that she and Kirby and Harper could possibly be connected---because she also survives. When that moment happens, I feel like her reality is shifting to a place where maybe a version of her life that did happen, happened in a different way, and it might be more disappointing.

How do her beliefs shift across this story? Jin-Sook, even though she can't necessarily scientifically explain what's happening to Kirby, she does believe her. Kirby's fear for Jin-Sook is really what makes her realize she has to believe what she's telling her. If she doesn't, something terrible could happen.

What is Jin-Sook's most important role in this story? Jin-Sook is an astrophysicist, and we're opened up to the world of space and time. On a micro and macro level, we're all connected somehow. She serves as that voice.

"I'm literally waiting for my husband and I to have the same schedule, so we can watch the final episode of Severance."

"I found this Mara Hoffman onesie --- it's a sweatshirt material that buttons up. I absolutely love it. It's the most comfortable thing I've ever worn."

"...I also love Palermo Body body oil. I use the scrub and oil together for an at-home spa day."

"Another obsession is my new silver Fellow tea kettle. I can heat it up to the exact temperature that is ideal, so you don't burn the beans. It makes the perfect cup of coffee."