Getting Into Character With Maisie Richardson-Sellers 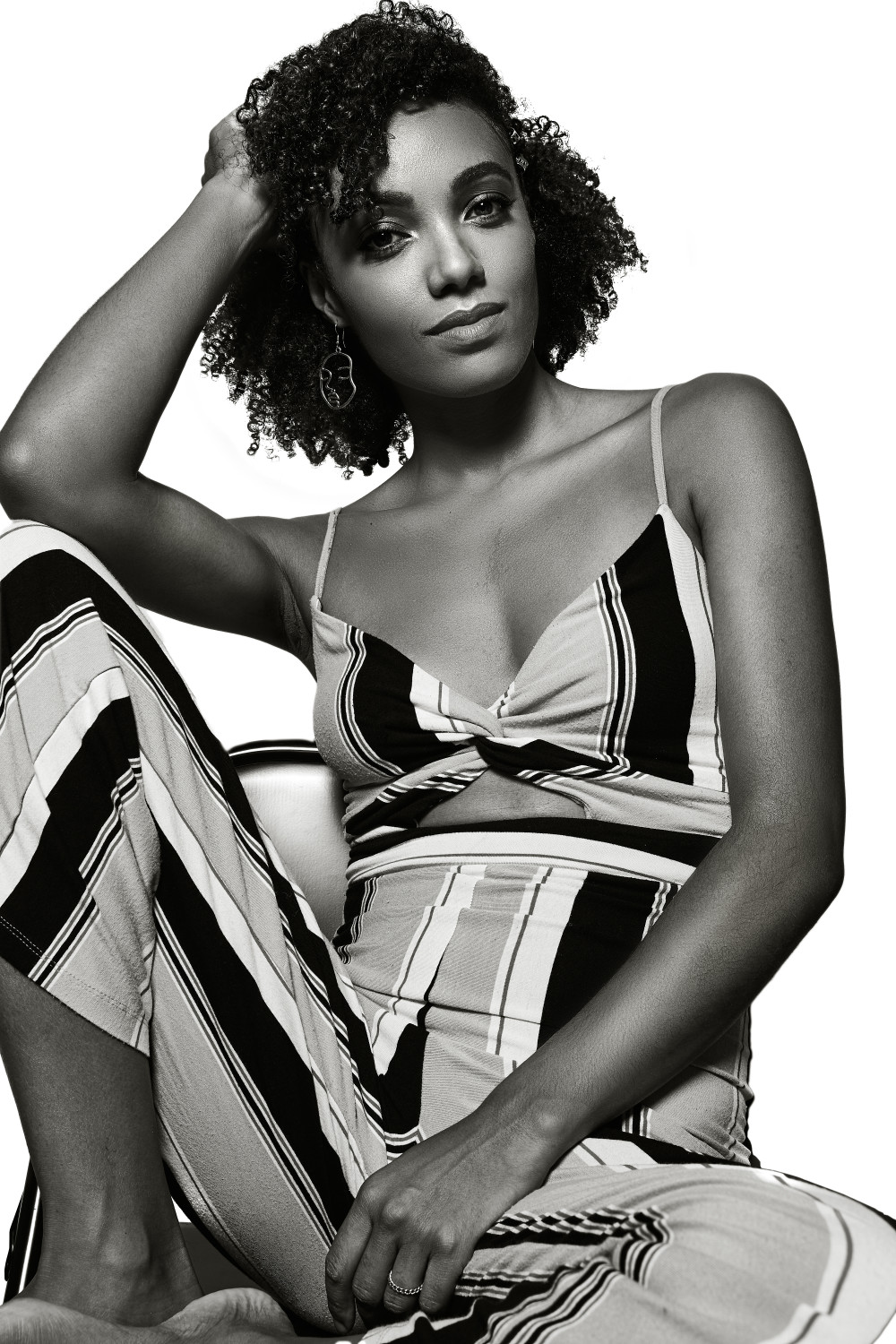 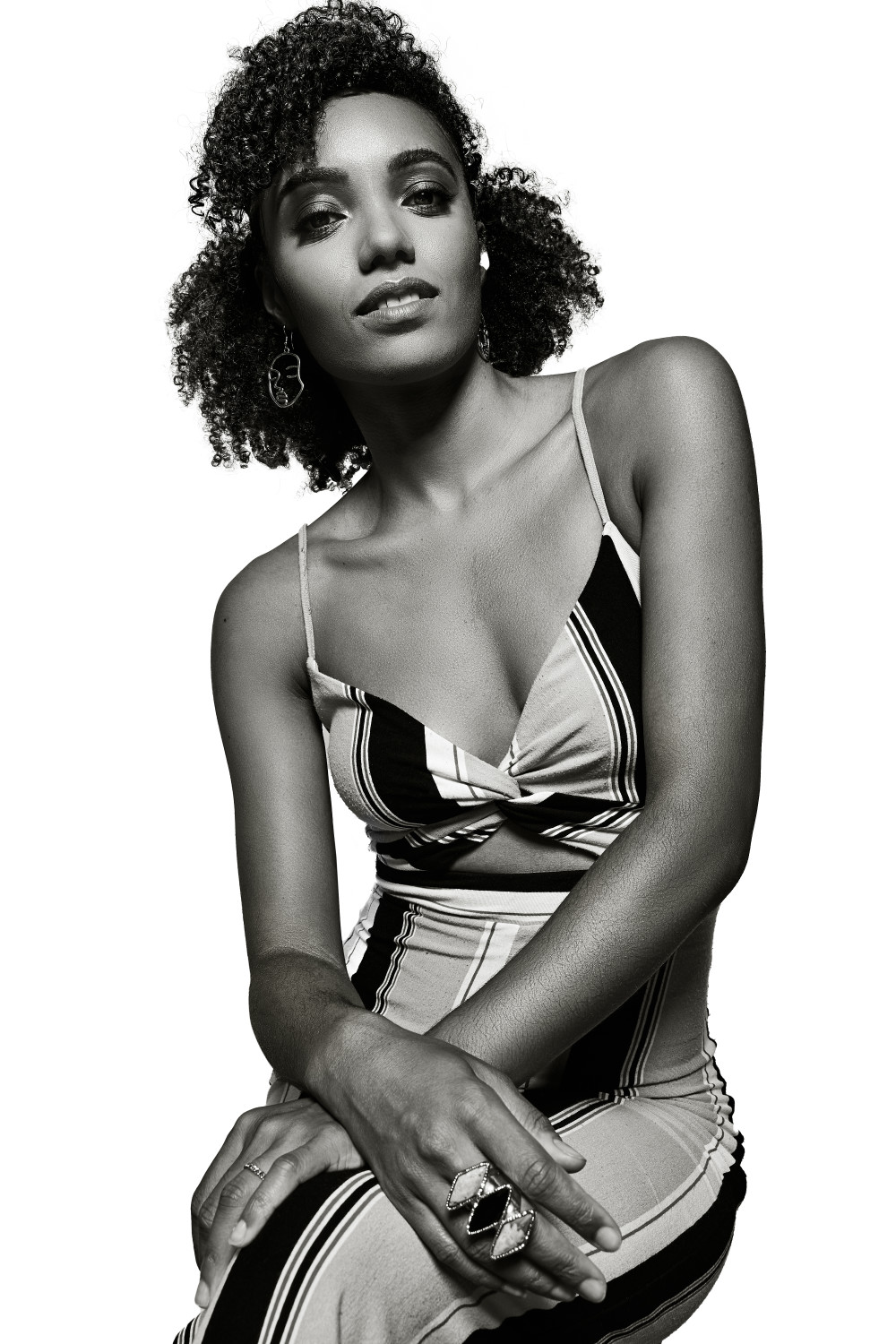 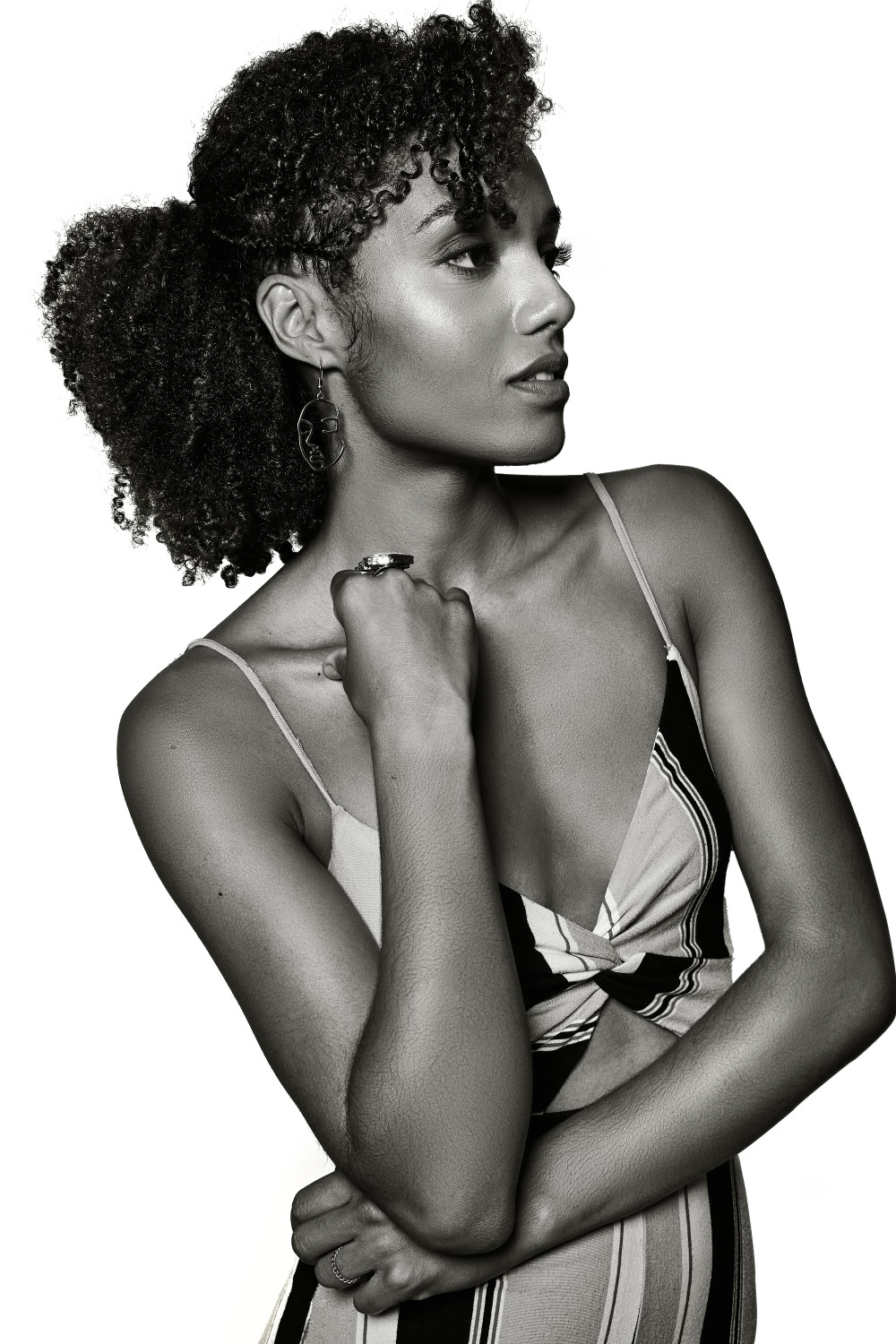 British actress Maisie Richardson-Sellers trail-blazed as the gender-fluid character, Charlie, injecting some much needed diversity into the comic world in DC's Legends Of Tomorrow. With great passion, she shared with us that she recently launched her own production company and plans to use it to give voices to the LGBTQ+ community and other marginalized groups, by telling stories that are “for them, by them, about them". The impressive Oxford grad also recently participated in a Warner Brothers short program for aspiring directors. This month, she made her debut in Netflix's commercial phenomenon The Kissing Booth 2 opposite Joey King, who proclaims 2 to be even better than the first film---a major statement from the star, since the original achieved great success as one of the most watched and re-watched movies on the platform. While Maisie's Instagram following is shooting up as a result of her role in the popular coming-of-age adaptation of the young adult novel, we can't wait to see her rise to the challenge of getting the projects with important subject matter that she cares deeply about, made. We talked to her about her Kissing Booth character, Chloe, what's been on her mind, and more.

How do you imagine Chloe’s upbringing to have been like? I can’t play a character unless I know everything about them…all their fears, passions, insecurities. I created my own full backstory for Chloe. She’s the daughter of a diplomat, she’s traveled the world. She’s lived in Zimbabwe, Italy, India. She’s a really eclectic, multicultural individual. Imagine always being the new kid and always having to fit into these sort of cultural codes and ways of being. She’s now very good at that in her adult life. She can read any room, she can charm anyone, she’s very opinionated and unafraid to speak her mind. She also has a weakness for not being able to show her vulnerability, that isn’t expressed in the film, but that does affect how she handles certain situations. She’s very much ‘keep calm and carry on’, and that comes from her British father and the diplomat world that she’s been raised within.

What is Chloe’s family like? Chloe’s father is very, very close to her. They have a fantastic relationship. He’s the spontaneous one. They’ll be in Kenya and he’ll surprise her with an incredible safari, as a practical expression of his love. Her mother is an artist who has a degree as a doctor. She met her husband and decided to lean into her other passion, which is art, and travel the world with him. She brings the artistic flair, the creativity, into Chloe’s life. She grew up painting murals on the houses she lived in, and she would write poetry. Both parents have this passion for intellect, knowledge, and learning. Which is what leads her to go to Harvard.

Who were Chloe’s friends before she entered Harvard? I think she struggled because of always being on the move. I think she struggled to maintain friendships. But everywhere she went, she went straight into the core of that society. When you are the child of a diplomat, you go to an English-speaking school, and you’re around a lot of other international students. But I think she completely avoided that and would go and hang out with all the local kids, learning the local language. She had to be quick to assimilate to any situation. She has an eclectic mix of friends. I think she’s often judged by women. I think women are often intimidated by her, unfortunately, so her closest friends are probably guys. And that’s why she’s so excited to meet Elle, and develop a friendship with Elle while she’s best friends with Noah.

Is Chloe aware of her radiant beauty and strong personality? I don’t think she cares about beauty, it’s not high on her priority list. But she does know how to accentuate her positive features in a way that can make her a little more luminous. She’s always dressed to the nines. Style’s important to her; presentation is important to her. I think that definitely comes from her parents. She’s very aesthetically-oriented. She likes things to look nice and feel nice. Candle light, bottle of wine, listening to live jazz in a dark gloomy bar--- kind of energy. She’s very sensual.

What is it about Noah that Chloe takes to? I think she sees him as a little brother in many ways. He comes to Harvard with this big personality. He bold, brash, a little bit arrogant. Finally, she’s met her match. She challenges him, and he steps up to the challenge. Through seeing him interact with Elle, seeing how much he loves Elle, seeing that more tender side of him… that draws her towards him. She realizes that a lot of the other stuff is a front. He’s the kind of guy that she can call at 2am and say ‘meet me by the river, we’re going to steal a boat and go for a row’, and he’ll be there. She needs someone who feeds the spontaneous side to her that she was raised with. He steps up and does that for her.

Is she aware of what Elle might be perceiving of her? She catches on too late. And that’s part of the problem. It speaks to her issue of not being the best communicator when it comes to emotional issues. She doesn’t step in as soon as she should. At the end of the day, it falls on Noah. He knows and loves Elle, and it's not really her place to step in. Things spiral before she manages to get a grip on it. In the beginning, all she wants to do in win Elle over and get to know her. She really pours that out into Elle. But because we experience it through Elle’s lens, it comes across as something very different. Chloe loves people who are organically and genuinely themselves, and that’s what sparks her interest in Elle. She doesn’t like pretense, and from everything she’s heard about from Noah, that’s exactly who Elle is. She’s this quirky, fun individual. Chloe doesn’t have many close women in her life, so she’s really looking forward to the fact that she not only has a best friend in Noah, but hopefully will find one in Elle. She’s probably already fantasizing about traveling the world together, and all the fun things that they’d get up to. She’s already a couple of steps ahead, and that’s what makes her come on so strong.

"I've been focused on learning a new skill, directing, in this two week directing program at Warner Brothers."

"We have a couple of projects in development at Barefaced. We'll be sharing stories about marginalized communities and LGBTQ+ individuals, and creating a behind-the-camera team that's as diverse as the stories we will tell."

"Kahlo is a bundle of joy, my little rescue baby, a light in my life. I've never been an independent pet owner before so it's been really fun learning how to be a mum."

"Sona Jobarteh has an album called Fasiya, she's a musician from The Gambia. She plays this instrument called the kora, which has twenty one strings and looks a bit like a sitar. She is just phenomenal. Her voice is just insane."

"Harry Potter is a daily listen for me. It was a huge part of my childhood. I have the audio books read by Stephen Fry. Anything I'm doing...cleaning, packing, I just put on one of the Harry Potter audio books and it transports me back to those days."

"With everything that's going on, all I think about is dismantling systemic racism. I'm self-educating, sharing what I've learned with others, and redirecting the people who do follow me to those people who are on the ground, doing the work, fighting every day---fighting for us and our safety."