Behind The Scenes With Rachel Lee Goldenberg 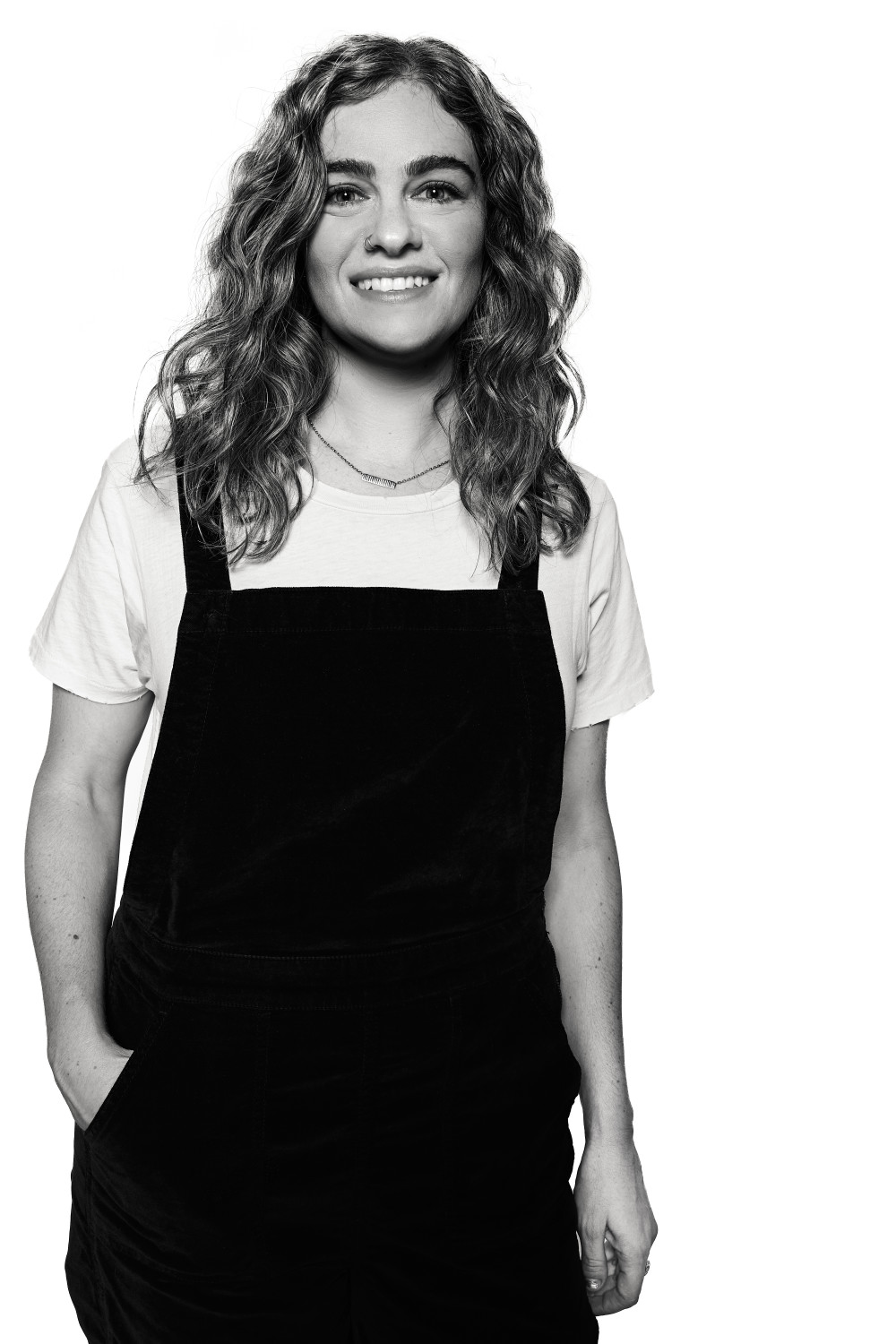 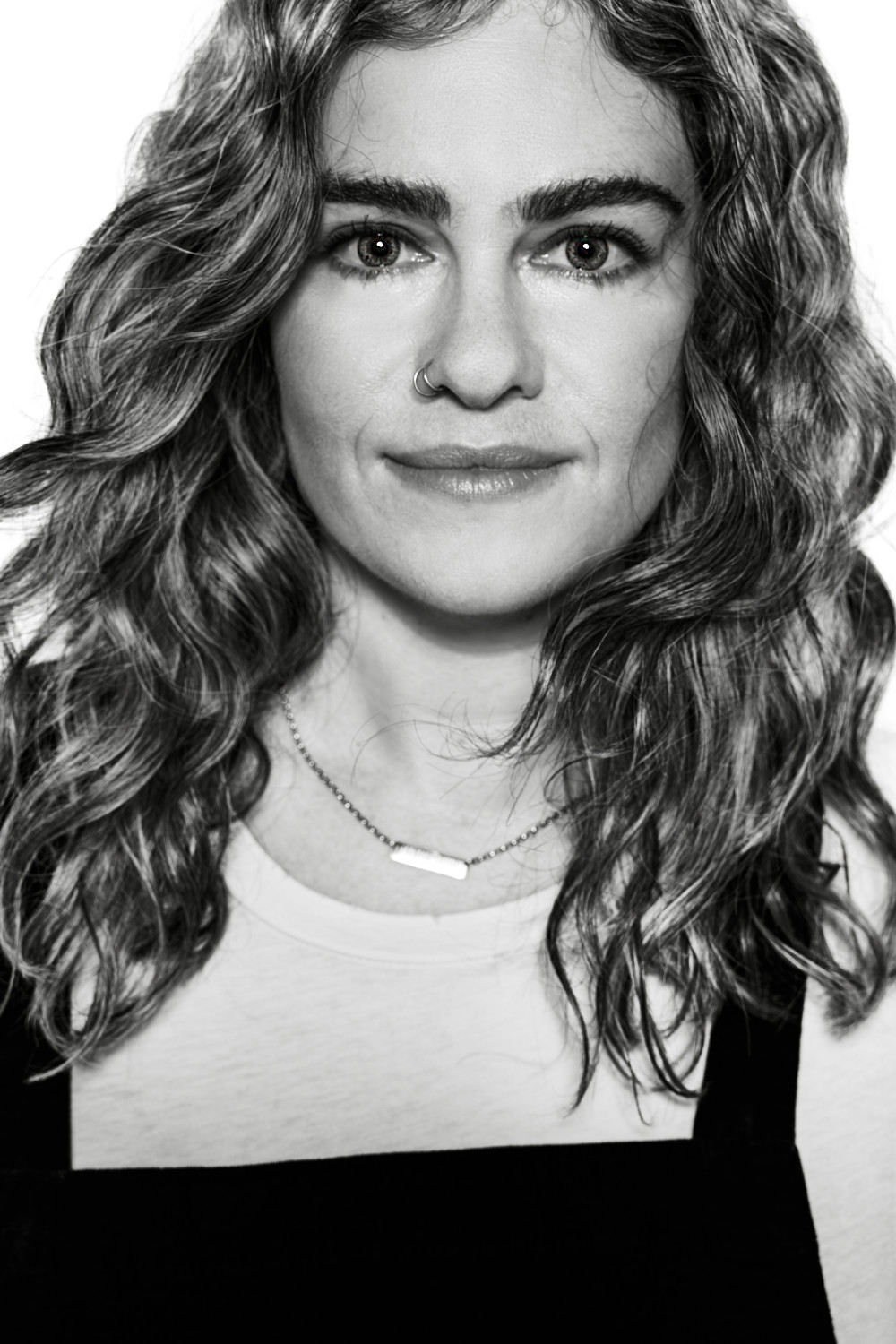 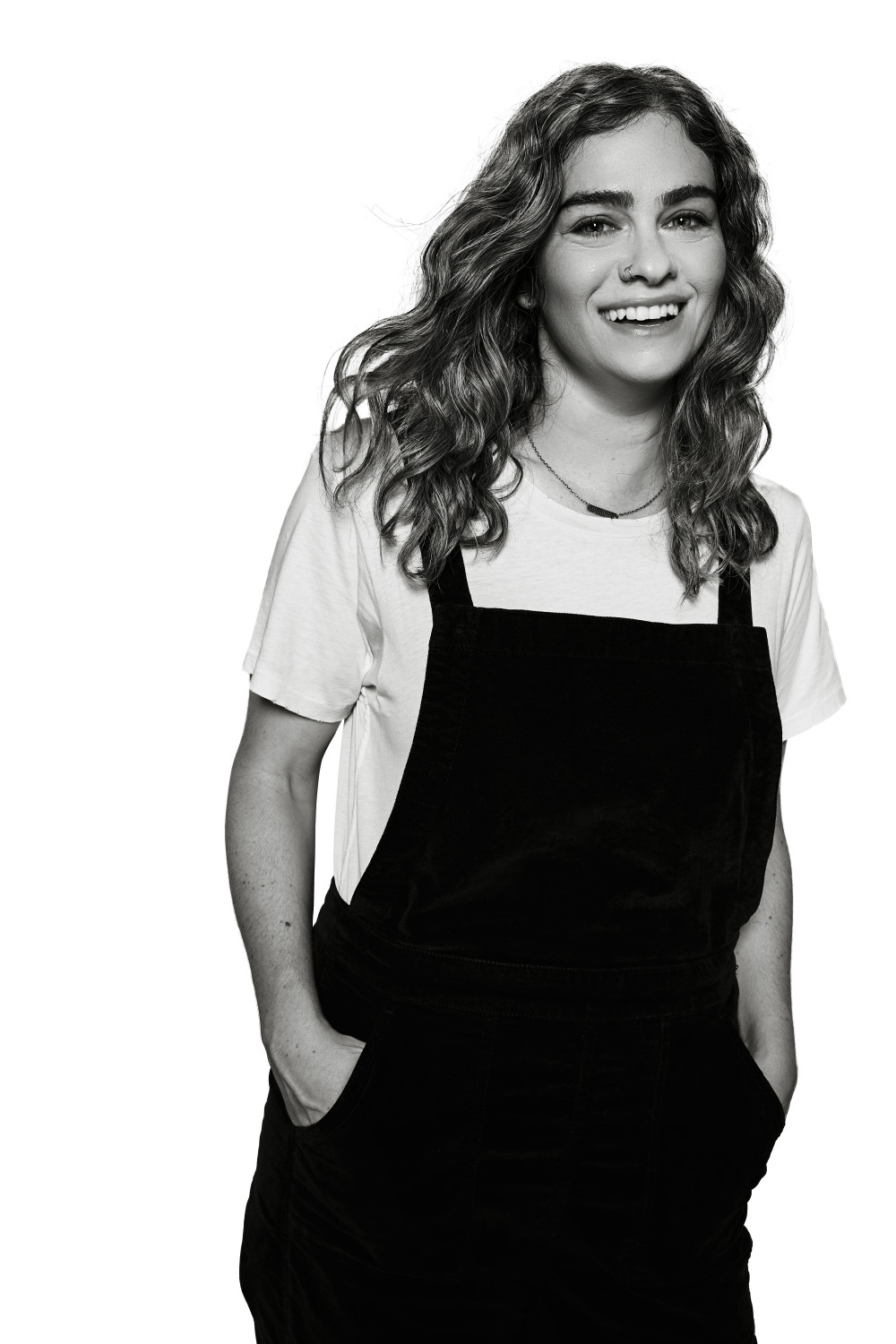 Rachel Lee Goldenberg, an Emmy award-winning producer, director, and writer based in LA, has directed a number of films and television episodes for stylish productions like The Mindy Project, Looking For Alaska, and Divorce. Notably, Goldenberg directed the Lifetime feature, A Deadly Adoption, starring Will Ferrell and Kristen Wiig. In 2014, while serving as the White House liaison for Funny Or Die, she won a Primetime Emmy award for producing an episode of Zach Galifaniakis talk show, Between Two Ferns, featuring President Obama. Rachel began writing out of necessity, "working on extremely low budget films where I knew I was the one who would spend the most time and energy making sure the script got where I wanted it to". It wasn't until she began working with writing partner Bill Parker that she actually began to enjoy the process. Rachel says she still often thinks as a director first, working towards a film more than a script. As a director, her projects reflect beautiful attention to detail; her belief that each moment is to be carefully considered and crafted is wildly apparent in her work. Goldenberg looks to "assemble the right team of people to dig in and get really granular with every single aspect of filmmaking".  We went behind the scenes and talked to her about directing and cowriting one of HBO Max’s first original film features, Unpregnant, which made its debut on September 10th. The film is based on the novel by the same name, and was produced by Greg Berlanti, Sarah Schechter and Erik Feig. The classic road trip caper with a twist is filled with colorful characters and costumes, set against an eclectic American landscape. It centers around female teen friendship in Columbia, Missouri, and the topic of abortion, a topic important to the filmmaker. When asked how her own upbringing differed from that of main character, Veronica, Rachel told us, "One big difference is that my family is pro-choice. As a high schooler, my parents spoke very openly about birth control and sex to make sure I had all the information. At the time I was dying of embarrassment in those conversations, but of course, I'm very grateful".

What were you looking to say about abortion in the film and why? What's brilliant about the book by Ted Caplan and Jenni Hendricks is that the comedy and the adventure and a lot of the fun of the story, comes from illustrating how difficult Veronica's journey is, how far she has to travel to get a procedure that is technically legal in this country. Drawing attention to how far she had to drive was important. I was shocked to find out that a thousand miles is genuinely how far someone in Missouri has to go if they're under 18 and don't have their parents' support. My writing partner and I ended up researching it just to double check. Also, I think it's important for people to talk about abortion more. It's been a failure of people who have been protecting reproductive rights, that we've allowed it to become something that is shameful or not polite to talk about. And so I hope this film can be part of opening up conversation, so that the people who agree that abortion should be safe, legal, affordable, and accessible--- are also able to to talk about it comfortably as the medical procedure that it is.

How did you want to use humor to tell the story of the main character, Veronica, who has to go on a road trip behind her parents back to get an abortion? The humor comes from two main sources. One, is the classic cinema odd couple dynamic seen between Veronica and Bailey...that Planes, Trains, And Automobiles---a movie that I love---dynamic. The other source of comedy is just how hard this journey is, joking about the struggles, which hopefully helps to point to the larger issue. It shouldn't be this hard for Veronica to access abortion. We find a comedic way in to say, 'look at how hard this is'.

What are you hoping girls within the Veronica/Bailey age group take from seeing the film? There is the journey to get an abortion, but the film is really about their friendship. The day in and day out of their relationship is what I spent a lot of time thinking about, and working with the actors on, and crafting the script for. I hope people can sort of see themselves in the relationship. I've certainly been on both sides... as a friendship dump-ee and friendship dump-er. It's a relatable and emotional situation for people. I'm happy to bring what feels like a real friendship to the screen. Additionally, I'm proud to present a film that hopefully helps to destigmatize and normalize abortion through Veronica's journey and how she goes from uncomfortable talking about it, to feeling confident and comfortable with her decision.

What other elements did you hope to bring into the film by telling Veronica and Bailey's story via the course of road trip caper? I love road trip films. Thelma And Louise is one of my favorite films of all time. I got the chance to make a road trip film with all the classic Americana imagery, getting to delve into different tones. We go from being in this friendship story to a sequence inspired by the film Get Out...and then maybe, some Mad Max: Fury Road ...all these different styles. Cinematically, it was an adventure for me. That was part of the fun; getting to create this big, epic adventure centered around this smaller friendship story.

What is life like in the characters' hometown of Columbia, Missouri? Visually, I wanted Missouri to be our greenest, most lush environment, a green, leafy, alive color palette. I worked with our production designer, Celine Diano, on creating that. I also wanted to make sure it felt like a small enough community, an impediment to Veronica and Bailey's comfort in sharing things about themselves. Although it's a city, it does have a small town feel, and a goal was to have it not feel like a teeny town of 20, not a one-horse town.

Where did you shoot Unpregnant ? We shot ninety percent of the movie in Albuquerque. At the end of the shoot, we took a smaller crew including Haley and Barbie, and went on our own little road trip. We did the characters' road trip backwards. We actually got to see the route they would have taken. Along the way, we would hop out with the camera...we had them go pet a horse that we saw, we shot a rainbow we drove by...to really give [the film] the flavor and feel of a journey. It was important to me to reflect the changing landscape and the changing color palettes to create the feeling that they were really traversing a third of the country. We didn't shoot in Missouri because I won't shoot in Missouri. As an industry, where we spend out money matters. I didn't want to financially support a state that isn't giving women their rights.

Casting is a strong and important part of this production. What did you think about when casting the two main characters, and those they encounter on the road? I'd worked with Haley before and knew how amazing she was, and was waiting for the right role so I could work with her again. Barbie came in and auditioned and they had great chemistry together. I'm always looking for someone who meets my expectations, and then bring more to it and surprises me. Barbie had these funny facial expressions and ways of interpreting the lines that I'd never thought of. That 'X factor' of surprising me was really thrilling. Breckin Meyer and Sugar Lyn Beard found the right tone of creepy yet grounded. In Sugar Lyn's audition, every line that I didn't think was funny...she made funny. I've been a fan of Giancarlo Esposito's, forever. Because people have seen him be a bad guy so many times, I love the idea of seeing him as this particular character. He goes so deep into his characters...we gave him that knife prop, and it became a tool for him to tell the story.  His character is a survivalist, and in the scene where he's eating straight from a can of beans, he wanted to open the can with the knife. It was a small moment, totally his idea, and a smart way of creating an in that shows us who this guy is. When you first see him you're in the mode of thinking he's the bad guy, then you get to see his layers.

What did you envision when planning costumes for Veronica and Bailey? I collaborated with Matthew Simonelli, a brilliant, brilliant costume designer. He's such a smart and deep thinker about costumes. Because I'm not a costume designer, just a regular person who wears and thinks about clothes, sometimes my instincts are to work with things that are more basic or obvious. With his knowledge and creative brain, he'd add to it and push me to go further. I had my references but, like the actors, he brought more than I could have ever imagined. Where we landed, specifically with Veronica, is that we took a lot of inspiration from Thelma And Louise and Thelma's wardrobe journey. She starts the film in floral robes...hyper, hyper feminine, and as the story goes on and her perspective changes, she crosses over. She starts putting on more armor, getting a little more masculine, and coming into her own. We thought that would work so well for Veronica, besides it being a wonderful film to reference. That was the baseline for her changing. It was about finding outfits that would be able to transform, morph, and get dirty. All the actors, especially Haley and Barbie, were very instrumental in their own wardrobes. Barbie is sort of a style icon. Matthew made a huge sandbox for her to play in, and she was able to help design what she ended up wearing. I loved Bailey's backpack. Visually, it was perfect. The one thing that was a bummer, was that the pocket itself holds a cell phone, at most. It's this big fluffy bag with a tiny pocket. Every time she had to get her phone out of it, her hand would get stuck!

“Black Lives Matter is addressing the deepest, most urgent injustices in our society. They’ve been around for years and have been so welcoming to a new influx of passionate activists---I’ve been really impressed by their work.”

“During Jackie Lacey's tenure, since 2012, over six hundred people have been killed by law enforcement and she only charged one officer.  We need to vote her out in November.”

“Shout Your Abortion is an organization that helped me in my journey to talk more about my own abortion. They have the perspective that talking about abortion is the way to protect abortion rights. It’s an organization I really look up to. The only way to move forward to be comfortable discussing abortion.”

"Nachos are my favorite food. My partner and I have an Instagram account called @theaficionachos, where we rate them. Nachos, heartbreakingly, don’t travel well. I’ve been so missing them during the pandemic.”

"I May Destroy You on HBO is so fresh, so original, the cinematography is beautiful. It really gauges the complexity of so many subjects in a way that I don’t think I’ve ever seen. There are no right answers, it really feels like an exploration. It’s so singular and brilliant and I’m in awe of it.”﻿

“Elizabeth Goldenberg Silver is my one-eyed, grey cat, my number one obsession besides filmmaking and nachos. She’s pretty much all I think about and talk about. I would be remiss to not include her on my list. I know she’d be very offended."